What To Wear For A Passport Photo (Rules & Recommendations) 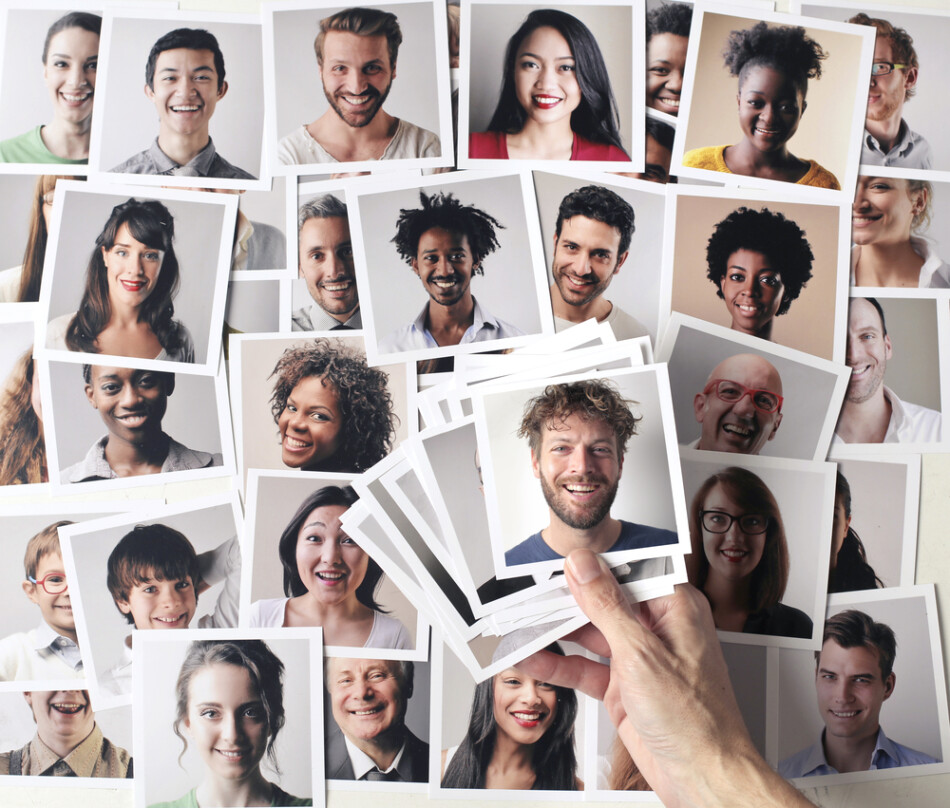 International travel is the ultimate vacation experience that opens the door to unforgettable memories. Passports are the simple token that you need to gain access to foreign countries and they are easy to obtain. Everyone wants it to look as good as possible, but many travelers struggle with what to wear for a passport photo.

It doesn’t matter what shirt you wear as long as your chest is covered and it isn’t a uniform. You may need to retake your passport photo if your appearance changes too much even if it hasn’t expired yet. Follow along as we explore what to wear for a passport photo and why it matters.

What is the Best Color to Wear For a Passport Photo? 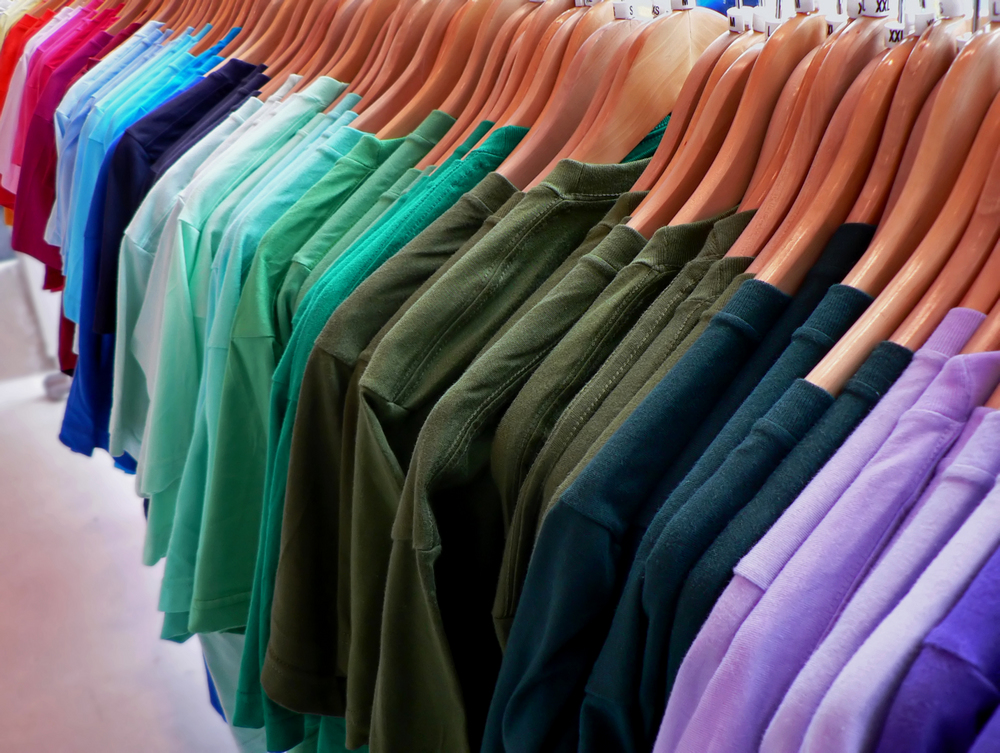 Dark colors are the best to wear for a passport photo because of the light background. Colors like black, brown, and navy are dark enough to make you stand out. White and light gray clothing can resemble the white background too closely and it won’t look great in the picture.

Your passport photo will look off-putting if you wear a white shirt in most cases. The white-on-white combination with the background will make your torso effectively disappear. With that said, your passport will still be valid even if you wear light colors when you follow all of the rules.

It’s ultimately a matter of having a passport photo that you won’t mind looking at and showing to others. The floating head look associated with white shirt passport pictures is jarring and it may be difficult to live with. Play it safe and wear a dark shirt so that your torso stands out against the white backdrop.

Can You Wear Glasses in a Passport Photo? 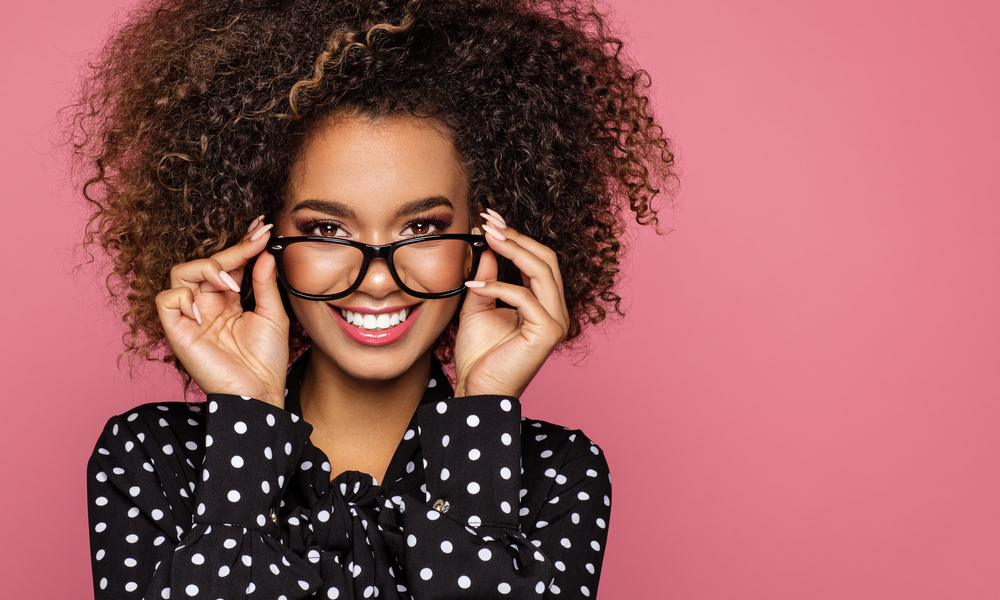 You cannot wear glasses in a passport photo because they obscure your face. This is an ironclad rule and applies to both cosmetic and prescription glasses. Certain types of contact lenses aren’t allowed in passport photos either because they can later your eye’s appearance.

Related Read: What Is A Passport Book Number?

How Should I Pose For a Passport Photo? 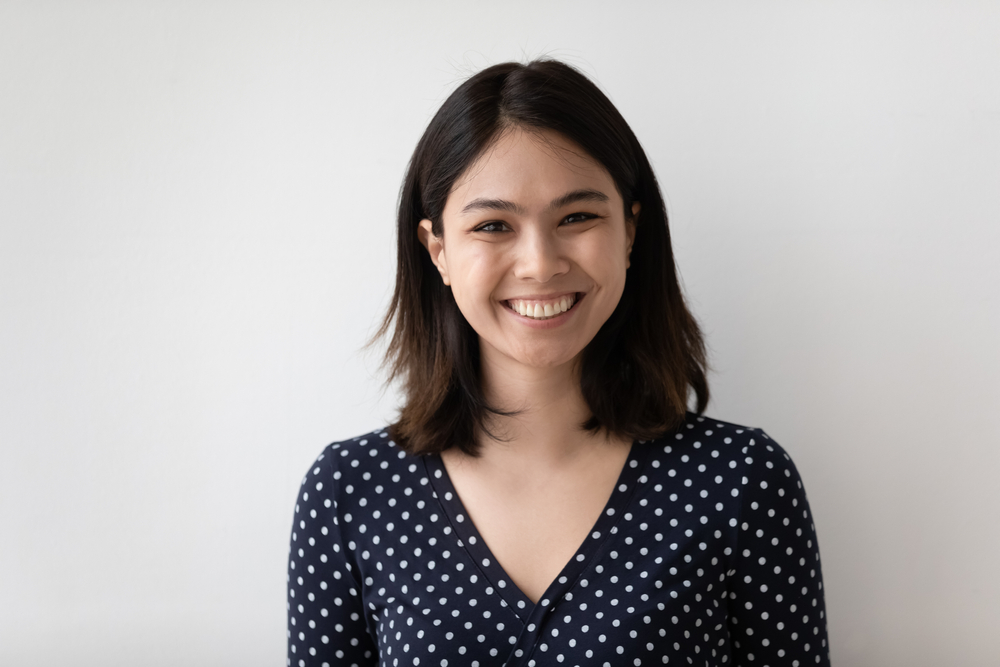 Face forward towards the camera and keep your shoulders and neck straight. Hold your head straight so that your face is in full view. Make sure that you don’t tilt your head for the photo because that will render it unusable.

Can You Smile in a Passport Photo? 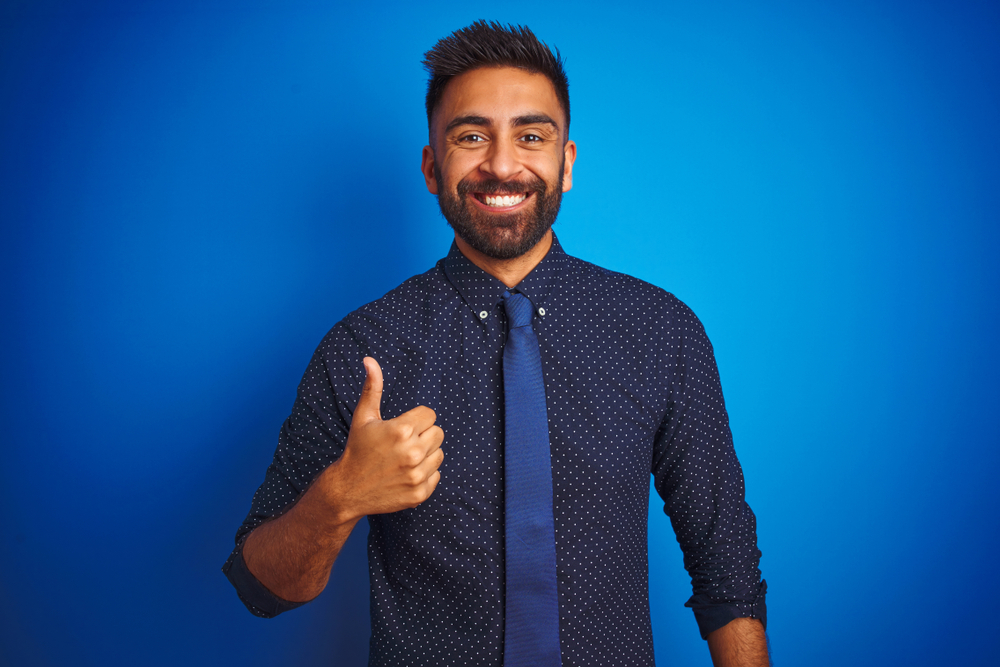 You can smile in a passport photo unless it somehow obscures the image. Smiling is a great way to make your passport photo look better so that you are happy with it. However, you should try to smile as mildly as possible so that your photo is admissible.

Passport photos with an overly expressive smile are difficult for customs professionals to verify. That is why these photos generally aren’t accepted to avoid future confusion. You don’t need to smile and can make a plain face if you’d like as well. Otherwise, you can smile subtly to brighten up your passport photo.

Related Read: Do You Need A Passport To Go To Alaska?

Can I Wear a Black Shirt For Passport Photo? 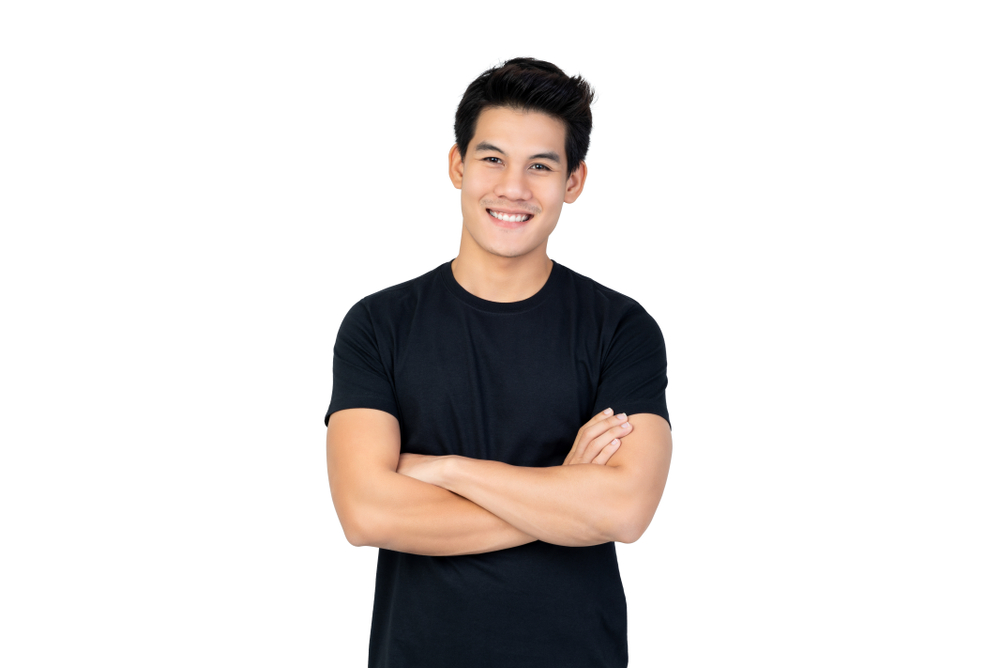 You can wear a black shirt for a passport photo and it’s one of the best options. Black shirts are the best way to contrast the white background without making a bold statement. You can create a contrast with other colors like yellow and purple, but they are ultimately distracting.

That isn’t a problem with a black shirt, especially if it is plain or has a simple design. Don’t wear a black tank top, however, because tank tops typically come out poorly in passport photos. Your photo may not even be accepted if you wear a black tank top depending on how far down it goes.

The rules stipulate that you must cover your chest for your passport photo. Avoid black shirts with large and busy graphics that would be distracting. It is ideal to wear a plain black shirt or one that has a minimalistic design.

Can I Wear a Hat in my Passport Photo? 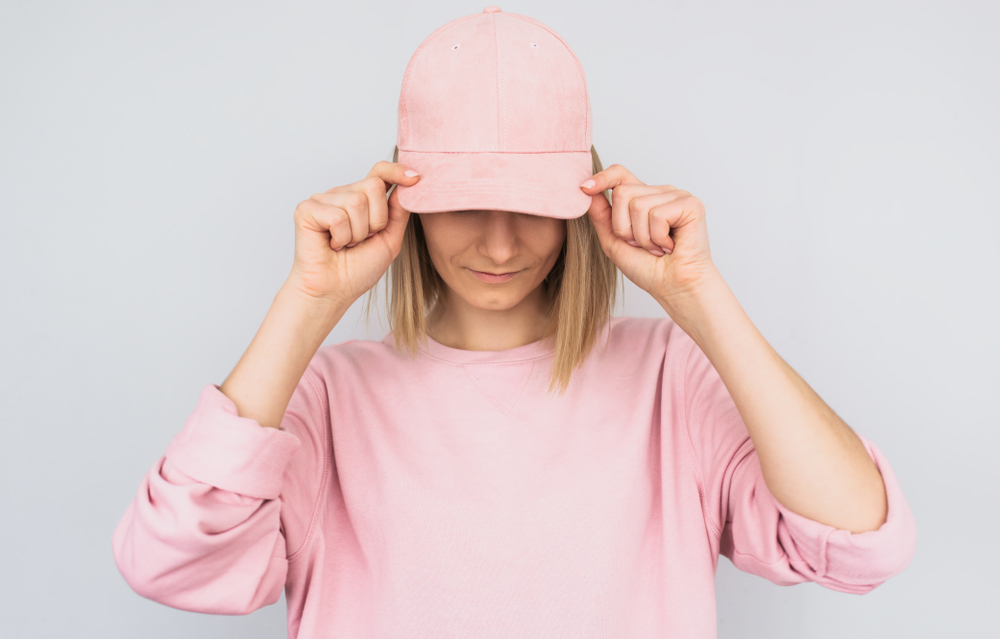 Common cultural and religious head coverings are allowed as long as they are customary. Some medical problems require a head covering of some sort, and that is allowed as well. Otherwise, you cannot wear a hat or wrap if it is simply for aesthetic and fashion purposes.

Related Read: Do You Need A Passport To Go To Cancun?

Should I Wear my Hair up or Down for Passport Photo? 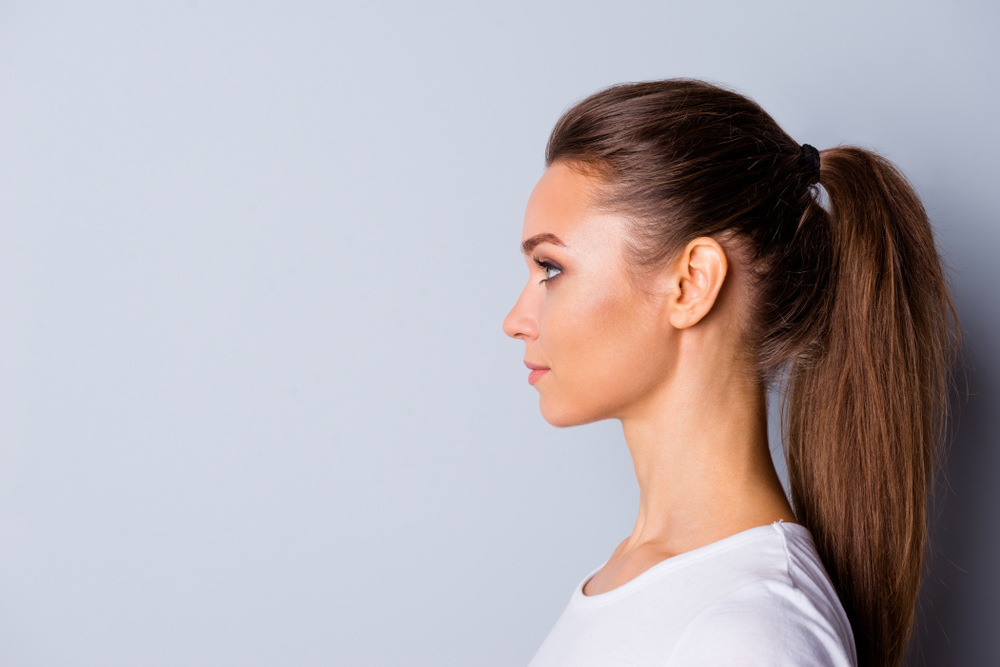 It doesn’t matter if you wear your hair up or down for your passport photo. The only stipulation is that you can’t cover your face with your hair in any way. That would be no different than if you wear glasses or a hat in the picture.

Commonly, many people put their hair in a bun or ponytail for their passport photos. Make sure that your hair is neat and organized. Messy hair may not be accepted if it is too wild to the point that it alters your appearance.

Where to Get a Passport Photo 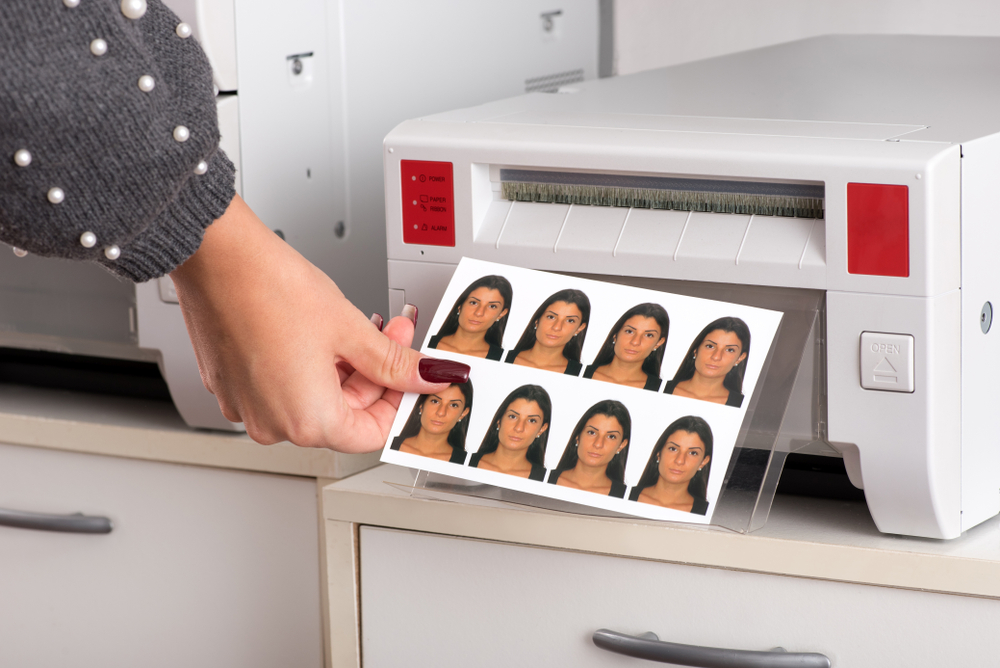 Luckily, you can get a passport photo nearly anywhere thanks to modern technology. You can even take your passport photo at home as long as you stick to the standard guidelines. Make sure that your background is plain and white and that your face is centered.

Otherwise, you can go to several establishments to get your password photo taken such as UPS, Walgreens, and CVS. Call the storefront ahead of time to make sure that they can take your passport photo. Not all UPS and Walgreens locations offer photo services so it’s important to check in advance.

The post office is the most reliable place to get a passport photo taken if you don’t want to do it at home. You will need to provide your ID or driver’s license as well when you apply for a passport. Children need proof of citizenship such as a birth certificate when applying for a passport.

Related Read: Do You Need A Passport To Go To Hawaii?

What if You Look Different Than Your Passport Photo? 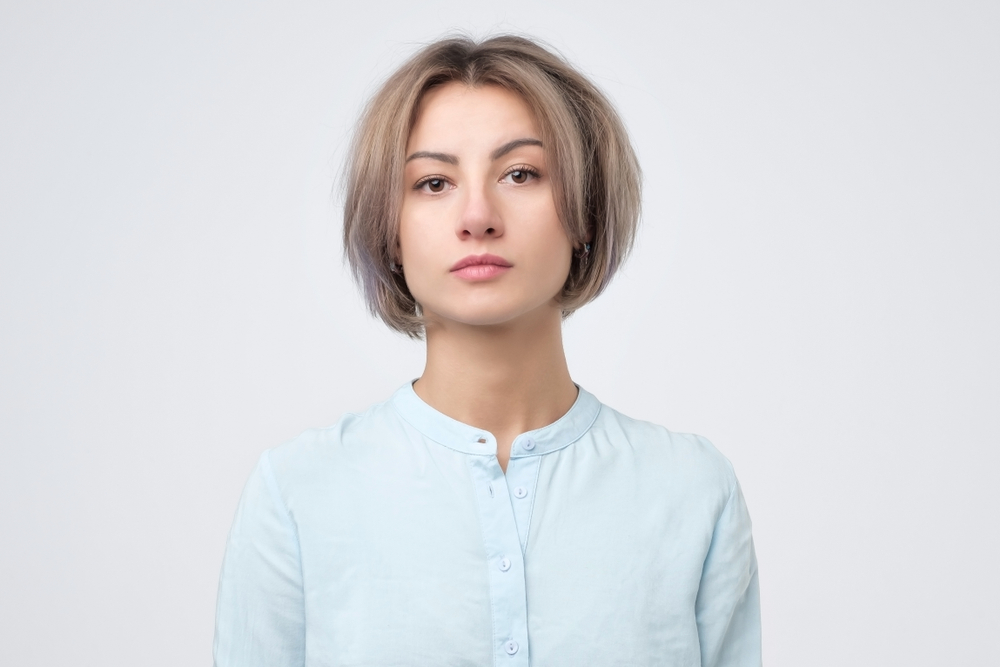 You may face some difficulties if you look different than your passport photo. Customs officials may struggle to verify your identity if there is a discrepancy between your photo and your current appearance. With that said, it is normal for someone to look different from their passport photo because of how long they age.

People age, gain weight, lose weight, and change their hair colors all the time. Airport and customs officials can typically recognize key features that show it is you in the passport photo. You shouldn’t have a problem as long as your driver’s license, passport information, and flight itinerary are all valid.

There is no ironclad rule when it comes to your current appearance compared to the photo on your passport. However, you may be required to take another passport photo before it expires if your appearance is no longer recognizable. This is important because you may struggle to get into the country that you plan to visit unless you update your passport photo.

Can I Wear Earrings in my Passport Photo?

You can wear earrings in your passport photo and it is common to do so. The only way that the earrings will be a problem is if they cover part of your face. Facial piercings are allowed as well as long as they aren’t too large or distracting.

Remove your piercings if they are large enough to obscure your facial features. Otherwise, you risk having your passport photo rejected.

Can You Show Teeth in Passport Photo?

You can show teeth in a passport photo as long as your smile looks natural. It is common for people to smile with teeth in their passport photos and it doesn’t violate any rules. Your passport photo will only be rejected if your smile is distracting or makes your natural facial features difficult to discern.

Is Makeup Allowed in Passport Photos? 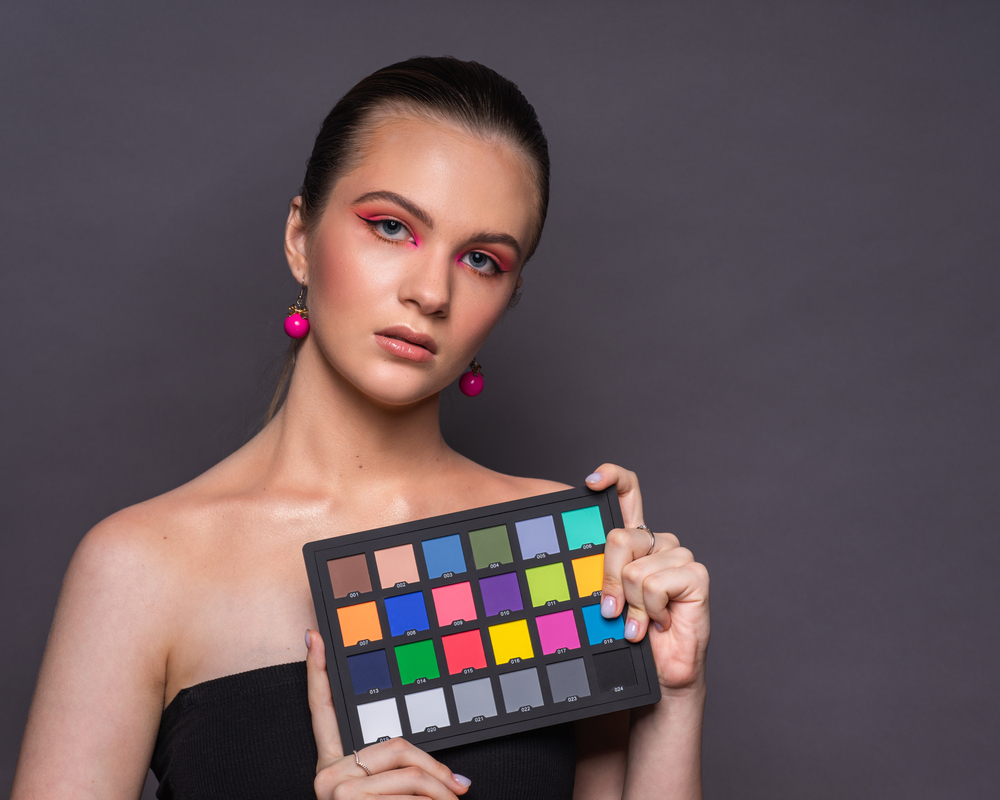 Makeup is allowed in passport photos as long as it doesn’t obstruct your face at all. Subtle makeup won’t alter your appearance and that is the safest option. Avoid colors that are too distracting and unnatural because they may cause your passport photo to be rejected.

What Happens if my Passport Photo is Rejected?

You won’t be able to get a passport if your photo is rejected until you take another one. They won’t grant you a passport unless your photo meets all of their requirements. The passport office will contact you to tell you that your photo was rejected.

They typically send a letter in the mail to let you know why the photo was unacceptable. You won’t receive a refund for your application fees if your photo is rejected. Instead, they will expect you to take another photo that meets their requirements. You will be granted a passport once you retake the photo and adhere to their rules.

What Is A Passport Book Number? (And Where Is It Located?)

The US government issues two documents for traveling purposes; a…

Do You Need A Passport To Go To Alaska? (By Car, Plane, or Boat?)

Alaska brims with adventure, natural beauty, and a unique travel…

Cancun is a popular vacation destination on the Yucatan Peninsula…

What to Pack for a Florida Trip (Prepare Efficiently!)

Almost every person on the planet loves a great vacation,…

Rocky Mountain National Park has become one of the most…

Germany has something for everyone, from 19th century castles and…