What Is A Passport Book Number? (And Where Is It Located?) 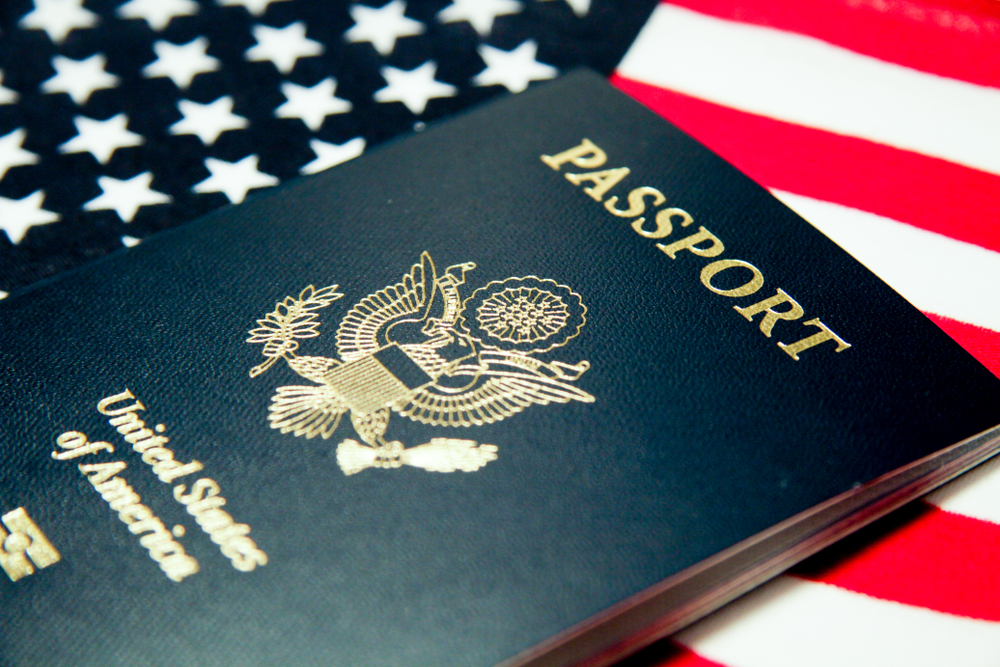 The US government issues two documents for traveling purposes; a passport card and a passbook. While they seem alike, they are two different travel documents used to identify citizens intending to travel. If you look closely at a passbook, you will notice a set of numbers displayed above known as the ‘passbook number. So, what is a passbook number?

A passport book number is a set of numbers comprising letters and numerals, which makes one passport book distinct from another. It has between eight and nine digits and identifies the holder as the legal user of the passport. Every US passport book has a unique number that differs from other passport books.

A passport book often combines letters with Roman numerals to make up the eight or nine-letter word. Other times, it could just contain Roman numerals. It is one of the security measures set up to ensure only legal and qualified citizens can travel.

Where Do I Find My Passport Book Number?

Therefore, it is either you carefully pen it down or, better still, memorize your passport number. This way, you can quickly provide it at the slightest chance.

While getting a new passport, the former one is usually returned or deactivated before proceeding with other arrangements.

In the case of a lost passport, you can decide to request a new passport book number if you forget the previous digits. This renewal is free and does not require any cost.

There are a few differences between a passport book number and a passport number, namely;

Passport book: A passport book does not have a travel restriction, and you can conveniently travel to any country of your choice, both locally and internationally. It gives you access to over 150 international flights.

Passport card: This is restricted to travel within the U.S. and neighboring countries like Mexico and Canada. A passport card is for use on both land and sea.

Related Read: What To Wear For A Passport Photo

Passport book: A passport book is more significant than a passport card and measures about 5×3.5 inches (8.89 cm). Usually, it contains 28 pages, but there is an option for a 52-page passport or even extra pages once the pages are exhausted.

Passport card: This is small and is just the size of a wallet. More so, it has one page which contains all the necessary information.

Passport book: It will cost an adult $130 to get a passport book, while a minor will require $105. But when renewing it, the cost will reduce to $130.

Passport Card: For an adult, $55 is needed for the first passport card application. However, it will take a minor $40 for the first time and $30 for adults to get a renewal.

While it is necessary to know the difference between a passport book number and a passport number, you won’t be allowed to travel internationally if you don’t have a physical passport. If you lost or mistakenly damaged your passport, you can get a replacement using the DS-11 Form. However, you’re required to apply in person.

If you look closely at the second page of your passport book, you will notice the numbers written at the top right corner. It is usually a combination of different numbers, letters, and some Roman numerals in nine digits. Also, the passport book number is designed to identify the passport book itself and is more of a distinguishing sign of one passport book to another.

However, you can use a passport number to identify the holder as the legal owner of the passport. It is also known as a ‘passport card.’ Although this difference may be subtle, it is worthy of note and can prevent you from making mistakes when traveling in the future.

Related Read: Do You Need a Passport To Go To Jamaica?

Do I Need Both the Passport Book and the Card?

Yes, the passport book and the passport card are both a means of identification as a US citizen and are designed for local and international travel. However, their uses vary and thus may determine your preference.

As a citizen, you are free to acquire the passport book and the card, but you must note the differences. The U.S. government designed the passport card for the southern and Northern border states.

If you live in these communities, you will likely travel more frequently to the neighboring countries on land. However, traveling to any nearby community by sea or land is more accessible with the card.

Also, the passport card is intended for travel to 20 countries. It is usually budget-friendly, and you may not bother with a passport if you have no intentions of traveling by airplane or outside those countries for ten years.

The passport book is for international travel and allows you to travel by air, sea, or land to any country in the world.

Why Would You Need Both a Passport Book and a Passport?

So, acquiring both documents makes your traveling process more convenient as you can utilize any of them.

Related Read: Do You Need a Passport To Go To St. Lucia?

Yes, the passport book and card are shipped by the state department to the rightful owners separately, and they don’t arrive simultaneously. A passport book is the first document packaged in a priority mail envelope. Once you have registered for these documents at the state government, it will take three weeks before the processes are concluded.

Does the U.S Passport Book Number Appear on the Passport Card?

No, the passport book and card have different numbers written on them. A passport card number starts with C, and the rest are eight numbers in total. However, a passport book contains nine numbers which are usually a combination of letters and numerals.

Each of the numbers on the passport book represents unique details such as; the photo, name, and country name, while the passport card has a picture and a radio frequency identification attachment.

Do I Need a Passport Book to Fly to Mexico?

Yes, you will need a passport book if you intend to fly to Mexico. However, a passport card is also accepted in most situations. Therefore, there are two options for anyone traveling to Mexico; either you provide a valid passport book or card.

Also, minors must present a passport book when Travelling to Mexico by air. Once you reach the Mexican border, you will have to present these documents; a US passport, a SENTRI card, or a passport card. However, the officials will likely deny you a flight ticket if you fail to present any of these documents.

On the other hand, if you travel to Mexico by land, you will need a passport, but a minor does not need one.

Do You Need a Passport Book to Fly to Canada?

Yes, you will need a passport book if you intend to fly to Canada. However, a passport book is required primarily for international travel. Before now, a US citizen could travel to Canada with just a driver’s license. This is due to the long relationship between the two countries. However, on June 1, 2019, the US government enacted a law requiring US citizens to present their passports before traveling to Canada.

What To Wear For A Passport Photo (Rules & Recommendations)

International travel is the ultimate vacation experience that opens the…

Do You Need a Passport To Go To Jamaica? (By Land, Sea, or Air?)

The first thing most travelers think of when they hear…

Do You Need a Passport To Go To St. Lucia? (From US & Elsewhere)

No sight in the world compares to the cyan-blue hues…

Venice is one of the top picture-perfect traveling destinations in…

Alaska Airlines is a prominent airline company based in the…

Budget Car Rental is an affordable and convenient service for…