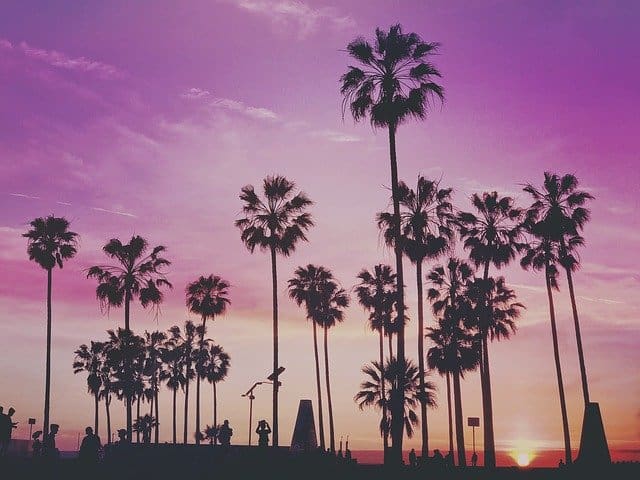 Which is the best way to travel between Los Angeles & San Francisco!?

Los Angeles is a vibrant, Southern California city with a warm climate & scenic beaches. LA is also the center of Americas Movie industry.

From the iconic Hollywood sign to Paramount, Universal and Warner Brothers pictures…LA is heaven for a movie Buff!

Whereas San Francisco is know for its diverse cultures from the Chinatown area to its incredible food scene, iconic landmarks (golden gate bridge, Alcatraz prison island) and hipster vibe.

In this post I evaluated the best methods of travel between these two great cities!

How long is the drive from Los Angeles to San Francisco? 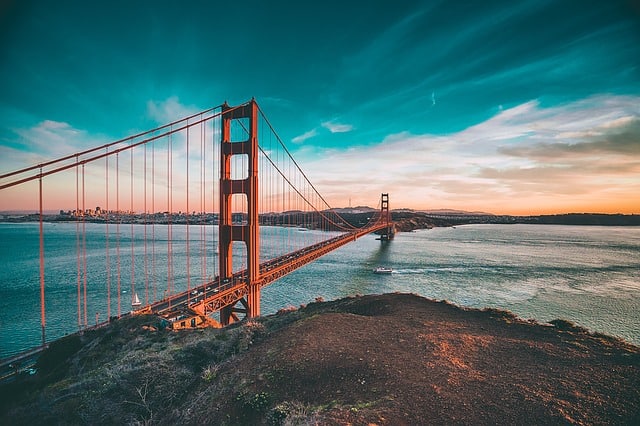 Does Amtrak go from LA to San Francisco?

Not exactly!  The Amtrak Coast Starlight line runs from Los Angeles‘ Union Station to San Jose or Oakland’s Jack London Square but does not go direct to the city of San Francisco.
However, there is a train/bus or Train/subway combination that can take to get  there.
The Amtrak trip from LA to Oakland takes a little more than 11 hours.

Is there a direct train from Los Angeles to San Francisco?

No, as stated above there is no direct train service from LA to San Francisco.

Which is the best method of Traveling between Los Angeles and San Francisco?

Now this all depends upon your personal travel style & budget
The first option is the Train /Subway combo which is pretty spacious on board, but also very long (12 hours) and not direct so I would avoid it for this route.
However, the Amtrak is great for many other scenic routes across the USA, such as on the Iconic California Zephyr . For more info see: Ultimate Guide to the USA by Amtrak Trains 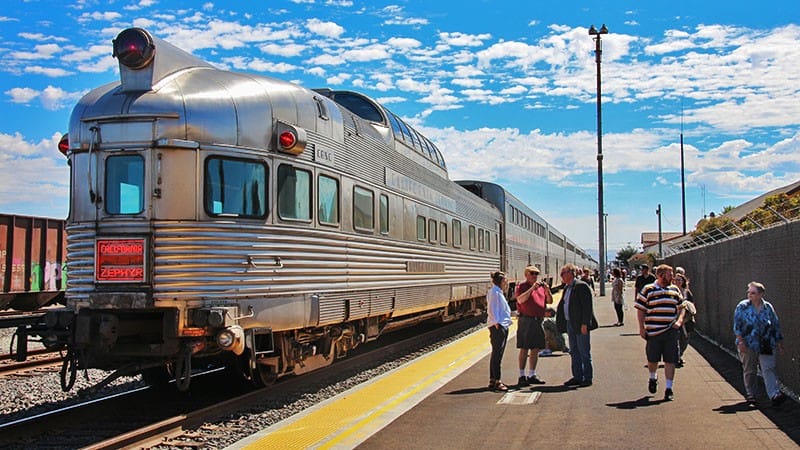 You second option is the Bus, this is faster then the train (7 hours), cheap between $14-$25 and regular (every 4 hours).
The only negative is space is a premium, so don’t expect the same comfort to walk around as you could on a train.
You can also take a night Hotel Bus (See video at the bottom!).

Taking a Flight, is the fastest option but also the most expensive in general.
Insider Tip:
If you shop around for cheap flight tickets beforehand you can get them a similar price to the train!!

Southwest Airlines offers a great policy on, no extra fees for checking in bags!

Jet Blue Airways flies from San Francisco to Long Beach. These offer the lowest fares between LA and San Francisco. Your first bag is also checked in for free.

Personally, Renting a car is my favourite way to travel around america in general, the roads are long, wide and you can stop at so many great places along the way!
We took the 6hr 30 min drive between LA and San Francisco stopping of in many great places along the way.
From Santa Monica to Malibu. Hearst castle and of course Big Sur!
For the best car rental deals see: Ultimate Car Rental Travel Hacks!

Just be sure to credit us at: https://www.townandtourist.com/road-trips/los-angeles-san-francisco-public-transport/

Dive into our interactive Map below!

Web Masters: If you have your own website feel free to embed our map in it by clicking the button in the top right hand corner. Just be sure to credit us at: www.townandtourist.com/road-trips/San-francisco-Yosemite

Where should I stop between LA and San Francisco?

As part of our road trip Itinerary we stopped as some amazing destinations along the way. Here are some of the highlights:

Chinatown and North Beach (Little Italy) are two of San Franciscos most diverse neighborhoods They are right next to each other so you can actually walk through each.

Chinatown offers asian street markets with hidden alleyway restaurants and a real energy to the area.

Head to Bow Bow Cocktail Lounge for cheap beers and some fun Karaoke. You can also check out the “Fortune Cookie Factory” where you can learn about the Chinese tradition, gain some wisdom and eat some samples! 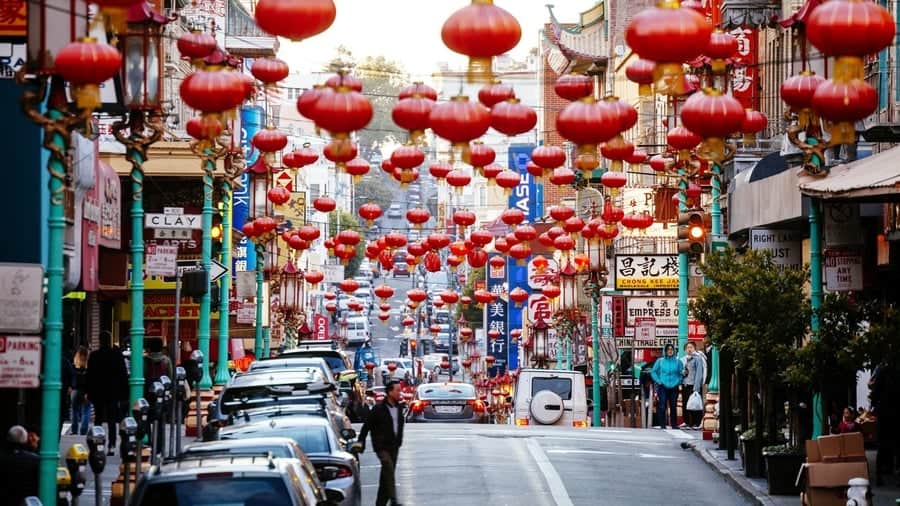 Fishermans Wharf is the 2nd largest tourist destination in San Francisco. It was a former dockland for fisherman which is now an amusement area. Head to Pier 39  where you will find a kitsch restaurants, and a small amusement park with family rides & attractions. You can also find the famous sun bathing sea lions.

Ghirardelli Square is public plaza surrounded by many luxury hotels, restaurants, and of course the Ghirardelli Chocolate Company, which has a tasty chocolate sundae you have to try! It has a large neon sign overhead so it’s pretty easy to spot. 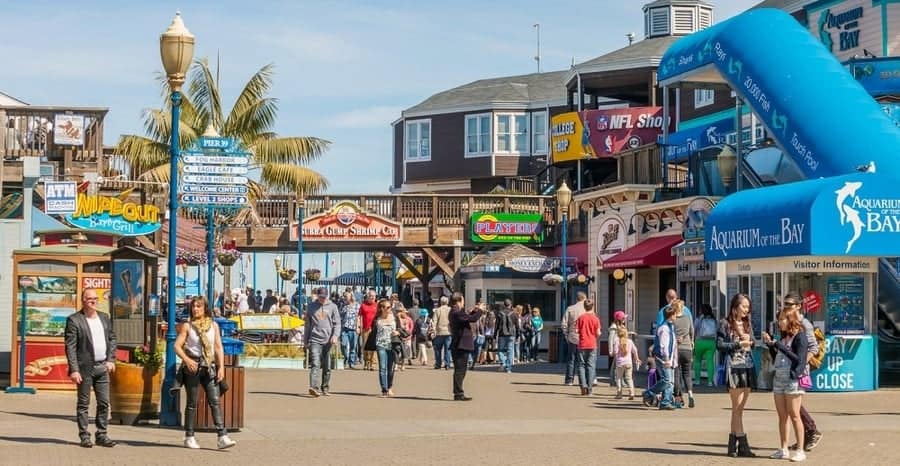 Every week “Off the Grid‘ hosts a variety of food market popups in hot spot locations all over the city. They are great to check out for lunch or in the evening.  They offer a diverse range of foods from local gourmet food trucks. Live music & entertainment is also on show at the events included acrobats & Magicians.

The events are popular with families, groups of friends, date nights and even dogs!

The Haight-Ashbury neighborhood is hipster heaven. It was the birthplace of the hippie movement in the 1960s and still holds true to that today. Here you will find some of the best Thrift shops in California.

Two of my favourite stores are Wasteland and Buffalo Exchange. (addresses on our interactive map at the start of this post) 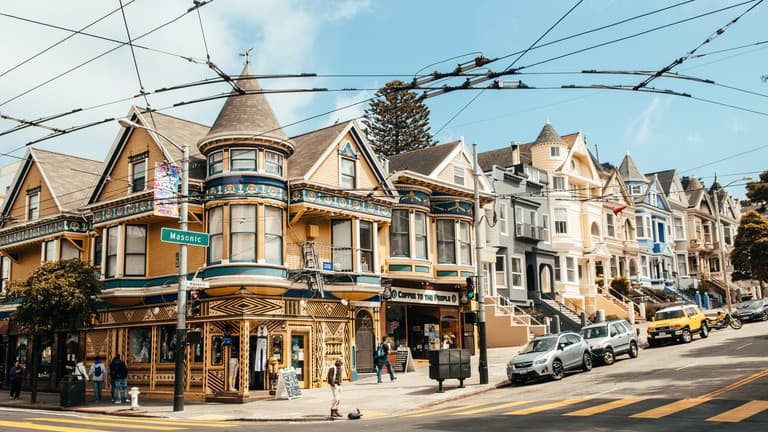 The Mission District in San Francisco is a neighborhood which has been home to the Mexican Community since the 1700s!

The music is energetic, the smells are enticing and the sights are captivating.

Grab a mouth watering burrito from one of these hotspots:

San Francisco’s Castro district is the most fabulous. As a large area know for its strong LGBT community expect a fun, carefree and non judgmental community.

One fun thing they offer here is “Sing a Longs” these once a month events have everyone singing along to classic movies such as The Sound of Music and The Little Mermaid. There is also costume contests.

The Notorious island prison which is just 1.25 miles offshore from San Francisco bay.  It has was a military prison, and a federal prison from 1934 until 21 March 1963. 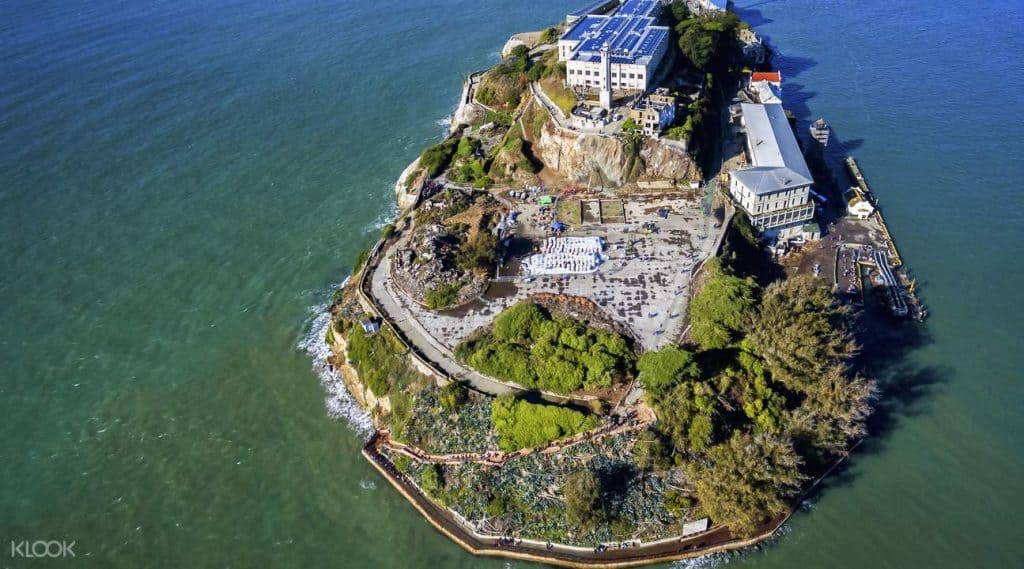 Here you will find central shopping, hotel, and theatre district that surrounds the plaza for several blocks.

A classic Monument, but still worth a visit.

Enjoy the tranquility and highlights such as the San Francisco Botanical Garden and Japanese Tea Garden.

Where to Stay in San Francisco?

There is a diverse range of accommodation choices in San Francisco, for luxury head to Union Square or Nob Hill, here are some of my favourites:

the Intercontinental Mark Hopkins, the Fairmont, or the Westin St. Francis are all great choices. 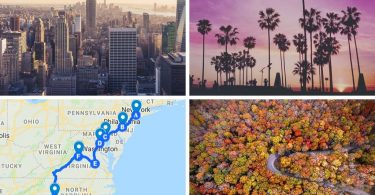 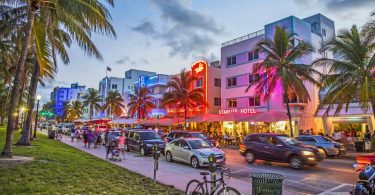 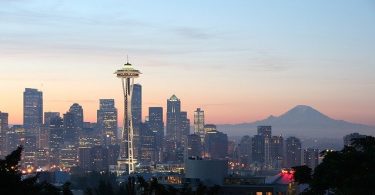 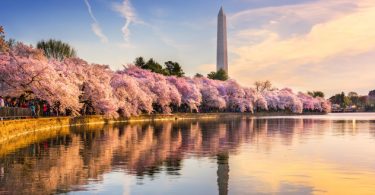 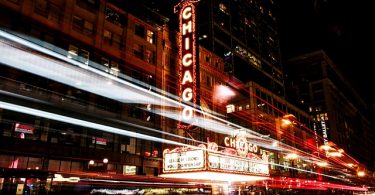 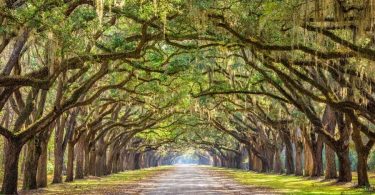