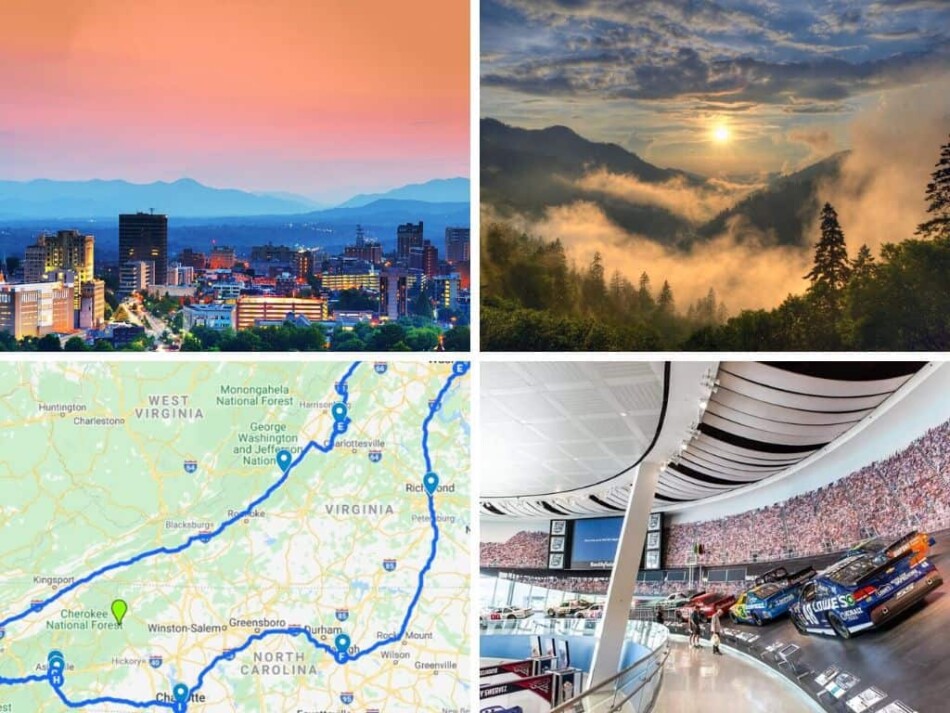 New York City is one of the greatest & most iconic cities in the world, filled with skyscrapers such as the Empire State Building, one world trade center and the Rockefeller centre!

In addition, to it being a melting pot for culture, from Chinatown to Little Italy. As the hub of the east coast its the ideal launching pad for some epic road trips!

Whereas, Charlotte, is a beautiful city known as “the Queen City”. It perfectly marries the vibrancy of a large city with the charm of small town!

It’s the birthplace of NASCAR and home to the NASCAR Hall of fame Museum.

Charlotte is also a city known for documenting post civil war history in the south, at the popular, Levine Museum of the New South.

Whereas, Uptown Charlotte has a modern Commercial hub.

A road trip between New York and Charlotte will take you through some of the greatest places in the USA. From phenomenal natural beauty at Blue Ridge Parkway, the Appalachians and Great Smoky National Park to the unique cities such as Philadelphia, Washington D.C, Gettysburg and the Bohemian Asheville, NC.

So start your engines and get ready for a trip of a lifetime!

How far is New York to Charlotte ,North Carolina?

Charlotte is 634 miles from New York City, via I-95 S and I-85 S. Driving direct it would take you apporoximately 10 hours and 45 minutes to arrive.

Of course the best part of any road trip is all the great places you can stop off at enroute!

How far is New York to Asheville, North Carolina?

Asheville, North Carolina is located 690 miles from New York City. Driving directly via I-81 S it would take you approximately 11 hours to arrive.

After taking, this journey twice! I have outlined two routes:

User guide: Use the +/- buttons to zoom in and out of the attractions.

Gettysburg is an historic town in Pennsylvania, its most famous for the The Battle of Gettysburg which happened between July 1–3, 1863.

The Appalachian National Scenic Trail, generally known as the Appalachian Trail or AT, is a marked hiking trail in the eastern United States extending between Springer Mountain in Georgia and Mount Katahdin in Maine. 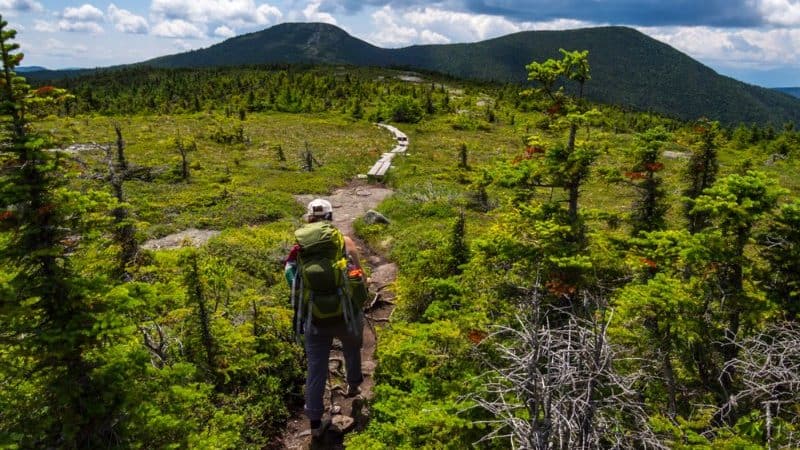 The trail is about 2,190 miles long, though the precise length changes over time as parts are modified or rerouted. The AT Conservancy claims that the trail is the longest hiking-only trail in the world.

Shenandoah National Park, a lush paradise of forests & waterfalls, with 500 miles of trails on offer!

If your a Hiking enthusiast head up Old Rag Mountain on the 8 mile trail, a real memorable experience. Four nice campsites are located in the park.

Be sure you have some high quality camping and hiking gear.

Blue Ridge Parkway which is the longest linear park in the U.S, around 469-miles in length through 29 Virginia and North Carolina counties.

The vast sprawling landscape includes towering forests, streams, rivers, waterfalls and even wildflowers which bloom all year around!

Be sure to check out the observation tower on Clingmans Dome, the highest peak with scenic views of the mist-covered mountains.

A great spot for hiking and Skiing! Clingmans Dome in the Great Smoky Mountains National Park is 6,643 feet above sea level and a popular destination for cross country skiers. Be aware the road up to the peak is closed between the months of December-March.

Asheville, North Carolina is nestled in the Blue Ridge Mountains. This quaint city is best known for George Vanderbilts Biltmore Mansion and is also home to the popular American novelist, Thomas Wolfe.

Downtown is the most walkable neighborhood in Asheville with 1,758 residents.

Take a stroll around the River Arts District and its galleries. Afterwards why not watch a show at The Grey Eagle, a 600-person venue which attracys a diverse lineup, from jam bands to indie rockers and even hip-hop acts!

If music is your thing, check out  The Orange Peel  which was named by Rolling Stone as one of the top five rock clubs in the USA.

Head to Pritchard Park (Patton Avenue at College Street) on Friday nights. There you will discover a large, informal drum and dance circle, after 6 p.m. Plenty of Ashevilles free spirits hit the drums here until 10pm. Anyone is welcome to join or bring their own instrument.

Head to the North Carolina Arboretum a lush botanical garden which located on 434 acres within the Bent Creek Experimental Forest of the Pisgah National Forest.

Where to eat in Asheville?

Head just south of downtown for a classic Southern BBQ at 12 Bones.  This is a lunch time favourite, be sure to try the savory blueberry-chipotle baby back ribs ($19.50 for a full rack) or sliced beef brisket ($8).

For Southern comfort foods with a modern twist and even VEGAN options! Check out Early Girl Eatery,.
Breakfast treats include biscuits & gravy ($4) or shrimp and grits ($10). My Favourite is the grilled cheese with homemade pimento ($7).
An alternative Indian in Ashevilles downtown is Chai Pani, which has a unique offering of Indian street-vendor snacks.

Philadelphia Museum of Art – Run up those famous steps from Rocky!!

Philadelphia is famed that Iconic scene in the Rocky movies where he runs up the steps of the Philadelphia Museum of Art! This is a great area for a selfie, “Yo Adrian, we did it”.

After you get to top, be sure to head inside the Museum of Art, which is one of the best in the U.S.A. Here you will find works by Van Gogh, Picasso and many more!

This is a MUST SEE attraction for all Americans! Just opposite Independence Hall, you will discover the Liberty Bell Center located in Independence National Historical Park.

Protected in Glass gazebo, this historical Bell weighs over 2000 pounds and was previously mounted on Independence Hall.

This was used to mark events of great significance such as the first public reading of the Declaration of Independence.

Philadelphia is a melting pot for some epic foods such as the mouth watering Philly cheese steak!

One of best places to sample the best of Philly is at Reading Terminal Market  a Food Market which contains over 80 different food vendors!

It’s the perfect place to try some local Philly foods and baked goods. In addition, to a variety of international foods such as Greek, Mexican, Indian and even Thai!

Reading Terminal Market is detailed in our posts:

Richmond, Virginia is one of the most underrated cities to visit in the USA. Despite it being the capital of Virginia, the southern charm of this city has been Americas best kept secret.

Apart from it’s history, Richmond is evolving into a college city with an up & coming culinary & arts scene.

Map of Things to do in Richmond:

For more on Richmond, check out: 24 Hours in Richmond, Virginia: One Day Itinerary

The East Coast of the U.S.A, is home to many…

Your dog is your companion, your friend and boy do…

The US is known as the land of opportunities. However,…