Does it Snow in China? (Average Accumulations & Temperatures!) 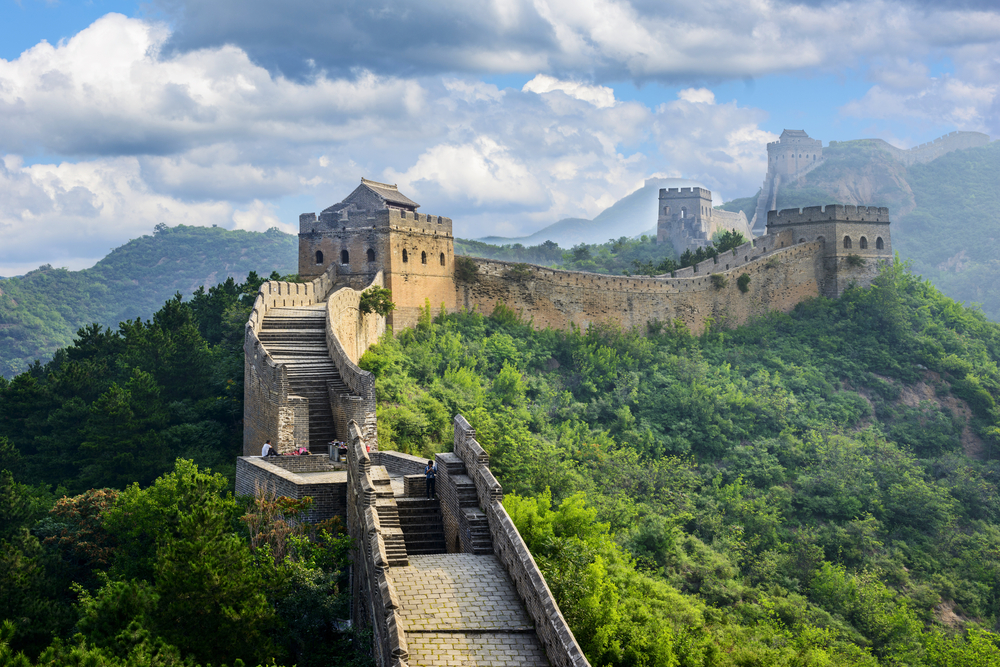 The question “Does it snow in China?” can lead to a variety of answers which can seem contradictory. You must remember that China is a vast country that spans distances larger than most parts of North America, including parts of Canada, the US, and Mexico. It does snow in China, but not everywhere.

Snowfalls in China typically occur in the northern regions, including Harbin, Beijing, and Tianjin. Mostly, snow in China falls in December, January, and February. However, in some areas at particularly high elevations, snowfall can happen as early as September and as late as April. Shenyang, Liaoning province, recorded a 51 cm (20 inch) snowfall in 2021.

It should be no surprise that China has regular snowfalls in some regions. China hosted the Winter Olympics in 2022, which is a sure sign that snow does fall in China. Beijing hosted the winter Olympic games; however, other areas of China routinely receive more snow than those surrounding Beijing.

Where Does it Snow the Most in China?

Different regions in China experience snow on a regular basis throughout the year. These snowfalls can range from a light dusting that rarely lasts more than a day to heavy accumulations that support a thriving ski and winter sports economy. Typically, the heaviest snowfalls in China occur in the mountainous regions of the northern provinces.

Harbin, China, hosts the world’s largest ice festival in January each year. Every imaginable sort of winter activity is to be found during this event. For the most part, Harbin, China, experiences most of its snow from October 31 through December 5. During this time, accumulations of one inch are common. November usually averages 1.4 inches of snow annually.

Zhong Guo Xue Xiang roughly translates as “home of snow.” This small town lies about 280 kilometers from Harbin at an elevation of 1,500 meters (5,000 feet).

Snowfalls here are known to occur for seven months out of the year, and snow depths may reach 2 meters (6.56 feet). The snow in Zhong Guo Xue Xiang is very thick and viscous, causing deep drifts and large accumulations on houses and other objects.

Winter can be extreme in Zhong Guo Xue Xiang, so plan accordingly if you visit. There is a ski resort in the area if adding a China ski holiday is your intent. The resort offers downhill, cross-country, and snowboarding with professional facilities.

Jiuzhaigou National Park is beautiful any time of the year, but in winter, this area transforms. The world becomes white as snow blankets everything from the tops of the mountains to the frozen creations of the waterfalls through the park. The park located in the Min Mountains on the edge of the Tibetan plateau is a unique ecological and climactic area.

Snow falls in the park between October and April. The average temperature in winter run between -1° to 4°C (30.2°F – 39.2°F). An average January in the park will see 4 mm (0.2inches) of snow. However, at the highest elevations, snow happens and may stay on the ground year-round in certain areas.

Beijing may qualify as the best destination for winter sports in China. There are 10 ski resorts in the Beijing area, as well as many public winter sports venues for ice skating and sledding. The urban areas with the densest populations in Beijing don’t usually see heavy snowfalls. However, the surrounding mountainous areas can see heavy accumulations on average.

The Wanlongbayi Ski Resort is a short 45-minute drive from Beijing. Here you can enjoy snowfalls of up to 2 inches per day in November through Late February and sometimes March. Wanlong boasts a wide array of winter sports activities for the entire family.

Xiling Snow Mountain is technically a temperate zone which makes all four seasons attractive in this area. The mountain holds onto its snow cap year-round. The winter months in Xiling Snow Mountain can see temperatures that range from highs or 24°C (75.2°F) to lows that bring a bone-chilling 4° C (39.2°F).

During the 4-months when snow is most likely to fall, Xiling can see as much as 8.6 inches of snow per month. With the temperatures at higher elevations much lower, accumulations of snow can reach 60 cm (23.62 inches).

Where are the Best Ski Resorts in China?

As you might suspect, the best ski resorts in China are in the northern provinces, although there are ski areas in other parts of the country. China is experiencing a boom in interest in winter sports since the Winter Olympics were held in Beijing in 2020. If a winter visit to China is on your bucket list, don’t forget to include the chance to enjoy a winter holiday for skiing, snowboarding, or cross-country.

The average snowfall in Yabuli is about 3 inches. With the assistance of manmade snow, the base on most of the runs at Yabuli is maintained throughout the rather long ski season. The snow on the slopes may suffer from the winds that can howl through the area at times.

This area is more like a winter theme park than a ski resort. You can stay at a luxury 6-star hotel during your stay. The resort offers equipment rentals, expert instruction, and safety assistants. This is the second largest ski resort in China and offers a free shuttle bus from Changbaishan airport.

The snow base is about 80% manmade snow during most of the season. The trails can become icy in the afternoon when the sun begins to melt the top layers.

This ski resort may have the best snow of any resort in China. The unique climate of this area and the terrain work together to bring some of the best skiing conditions to be found in China.

However, downhill is the king in this area. If other forms of winter sports are more to your liking, you probably won’t find much here to do.

Beidahu sees between 2 and 3 inches of fresh snow per week during the peak ski season, so the chances of fresh snow on the slopes are high. The resort averages between 4 and 5 clear days a week, which makes the prospect of a sunny ski holiday very good.

This ski resort is only 9 miles from Jilin City and caters to family ski experiences. A kid’s school designed especially for children from 3 to 6 years old is a great place to get your kids started on winter sports activities. This area is affordable as well, making it one of the most popular ski resorts in China.

On average, the snow base is one meter but can vary according to the natural snowfall in the area. Conditions are typically good to better, and the skiing is excellent.

The average temperature during ski season is -10°C (14°F), but the sunny days and calm atmosphere make the days seem warmer.

Does it Snow in Shanghai?

Shanghai is located in the south of China, and the climate is considered sub-tropical. Snow rarely occurs in the moderate climate zone, where temperatures range from -1°C (30.2°F) to 8°C (46.4°F) during the winter months. Still, there are recorded snowfalls in Shanghai. Usually, these snow flurries are a mixture of snow, rain, and sleet that quickly melts as the temperatures moderate.

If snowfall is to be seen in Shanghai, it will typically occur from late December to February. There are times when these seasonal snowfalls interfere with the celebration of Chinese New Year, which typically happens in late January.

Where is the Coldest Place in China?

Heilongjiang Province holds the distinction of recording the coldest temperatures in China Heilongjiang is the northeastern province in China.

On February 1, 2021, officials in Heilongjiang province recorded a low temperature of -49.7°C (-57.5°F). The media reported this as the coldest temperature recorded in the past 50 years in China.

This area is considered a humid continental climate with short summers. The winters are typically long and bitter. In some areas, snowfall accumulations can reach depths of several meters, which can make travel difficult.

China is a popular travel destination with its ancient history…

Are you planning a trip to China? Knowing certain Mandarin…

Every year, thousands of visitors come to Thailand’s capital city…

Strange things at Airport Security is a common find, for…

Are you planning a trip to China? Knowing certain Mandarin…

Often touted as the jewel in Tahiti’s crown, Bora Bora…

Bora Bora is one of the world’s most popular tourist…

There are plenty of reasons to visit Japan, as the…