Does it Snow in Australia? (Average Snowfall and Temperature Per City!) 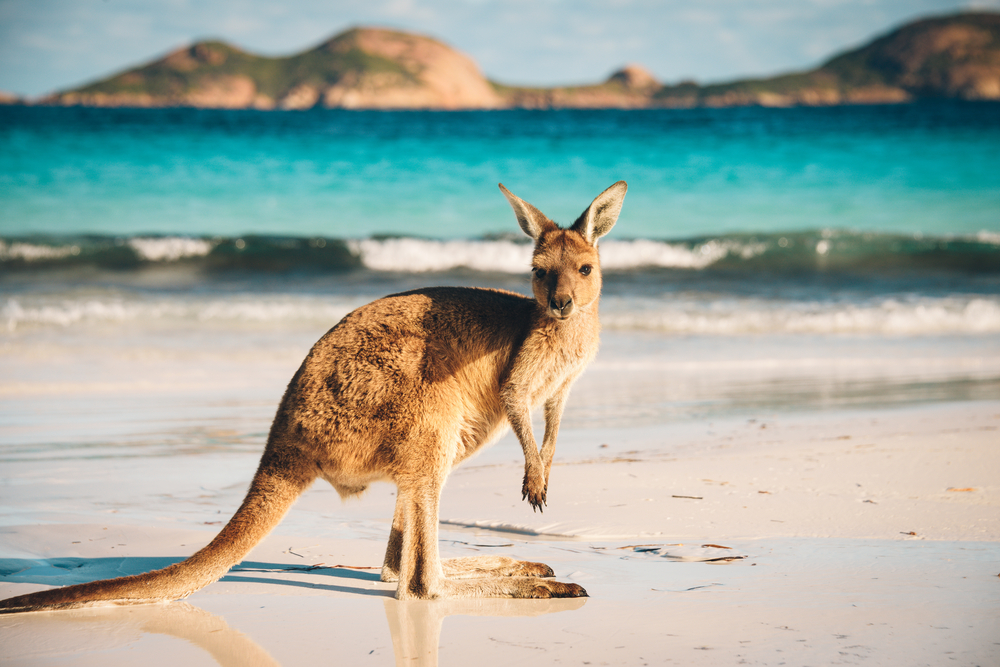 The impression most of us have of Australia is a vast arid desert-like climate. While much of this continent in the southern hemisphere does have a very dry and hot climate, there are places where the temperatures are more moderate and the seasons well defined. Snow is a regular occurrence in many of the southern parts of Australia.

Snowfall averages 40 inches (100 cm) per year in the mountainous southern regions of Australia. Most of the snowfall happens in the states of Victoria, Tasmania, and New South Wales. There are rare snowfalls in some of the plateau regions in the north. The most snowfall in Australia is found between 3,200 and 5,000 feet (1,000 and 1500 meters).

Snowfalls, even at the higher elevations, are unpredictable. Nationwide, the average annual snowfall is only 4 inches (101.6 mm). However, during the winter months between June and August, places like Thredbo get enough snow to support a thriving winter sports resort market. Several other locations at the higher altitudes in the mountains also support skiing, snowboarding, cross-country, and snowmobiling.

When Does it Usually Snow in Australia?

Australia sits below the equator in the southern hemisphere. The winter months in Australia are generally considered to be June through August. At most of the ski resorts in the mountains of southern Australia, the ski season runs from June through October. The opening and closing dates are dependent on the temperatures and the man-made snowmaking capacities of the ski resorts.

Many factors figure into the snowfalls in southern Australia. Overall average temperatures, Antarctic weather patterns, and currents in the southern Pacific Ocean all influence the temperatures, humidity, and precipitation at the higher altitudes where snow typically happens.

Where Does the Most Snow Fall in Australia?

The mountains of southern Australia boast many small ski areas and some major ski resorts. The small towns of Thredbo, Perisher, and Charlotte’s Pass are some of the most well-known. The Snowy Mountains area, made famous in the movie Snowy River, has peaks that rise to 7,300 feet (2,228 meters) and is considered a snow lover’s paradise with some of the best scenery to be found.

There are four separate ski resorts in the Perisher, New South Wales area. These resorts are Perisher Valley, Blue Cow, Smiggin Holes, and Guthega. In total, these resorts compromise 1,245 hectares (3.076.4 acres). You can enjoy five different terrain parks and slopes on seven mountains.

Snow usually accumulates on the mountain peaks rather than in the valleys making access to snow somewhat of a challenge. Mount Katoomba, a 3,314 ft peak (1,010 meters), has recorded high temperatures near 80 degrees (30 C). On average, the Blue Mountain regions average around 50 degrees F (10 C) to lows that can reach 30 degrees F (-1 C).

The average annual snowfall in Charlotte Pass is estimated at about 39.9 inches (1,014 mm.) Most of the snow falls between May and September, with accumulations that can reach 2.5 to 3 meters (98 to 137 inches). Be warned that when the snowfall begins, access to this area by even 4-wheel drive vehicles is limited.

You can make a day trip to Mount Buller from Melbourne. A typical winter in Mount Buller will provide snowy cold periods that average 2.4 meters (94.4 inches) of snow per year. The snowfalls are usually rather small, but their consistent nature can provide excellent base conditions. Mount Buller typically receives 67 days of snow per year.

The coldest month at Mount Buller is usually July, when low temperatures average 2.7 degrees C (27.1 F). The average high temperatures in July can be expected to reach 3.2 degrees C (34.5 F).

Does Melbourne, Australia, Get Snow?

Snowfalls in Melbourne are rare events. However, it is possible and does happen. One of the rare snow events in Melbourne usually occurs in July when the coldest temperatures can be expected.

Don’t expect large snow accumulations in Melbourne when it does fall. The average temperatures run between 45 degrees F (7.2 C) and 60 degrees F (15.5 C). In most years, Melbourne will only experience one or two snowy days per year.

When it does snow, the event is usually associated with Antarctic air moving in from the south during periods of higher humidity. The intense cold air doesn’t usually persist for more than a few days when the rather balmy climate of Melbourne returns.

Does Sydney, Australia, Get Snow?

You are much more likely to see rain in Sydney during the winter months of June through August than to experience snow. Typically, the average temperatures in Sydney during this period range from 8.8 degrees C (47.8 F) to highs of 17 degrees C (62.6 F). The last recorded snowfall in Sydney happened in 1836, and no measurable snow has occurred since that time.

The entire snow event dropped only 4 cm of snow in Sydney. The temperature on that day in Sydney only dropped to 3.3 degrees C (37.9 F). It just goes to show that freezing weather is not a requirement for snow.

Does it Snow in Perth, Australia?

Snowfalls are more commonly associated with the easter coast of Australia. However, snow is known in the western areas of the country.

In fact, snowfalls have been recorded regularly in Western Australia since the beginning of recording in 1846. Perth doesn’t usually see snow, but the hills surrounding the city often see a dusting of white during the winter months.

Accumulations are slight and usually only last a few hours or a day at most. Don’t plan a ski vacation in Perth, but if conditions are right, you might be able to find snow in some of the higher elevations inland.

What Are the Largest Snowfalls in Australia?

Australia, by and large, isn’t noted for blizzard-like snowfalls. However, there are some historically significant winter storms that have left an impression on many people who were there to experience them. Unfortunately, climate change may have put an end to these kinds of rare events in Australia.

Below are the top 5 most significant snowfalls in Australia:

Australia is known for its spectacular wildlife, scenic beaches, and…

Although Austria may not be among many people’s top European…

The state of Mississippi undoubtedly sparkles when it comes to…

Nashville to Memphis via Public Transport: Nashville, the capital of…

When planning a treehouse escape, most people probably don’t think…

25 Most Epic Driving Roads in the U.S.A: Road Trip Ideas!

Driving really can be an activity of passion, thrills and…

Washington, DC, one of the most visited cities in the…