Do You Need A Passport To Go To Puerto Rico? (Laws for US & Abroad) 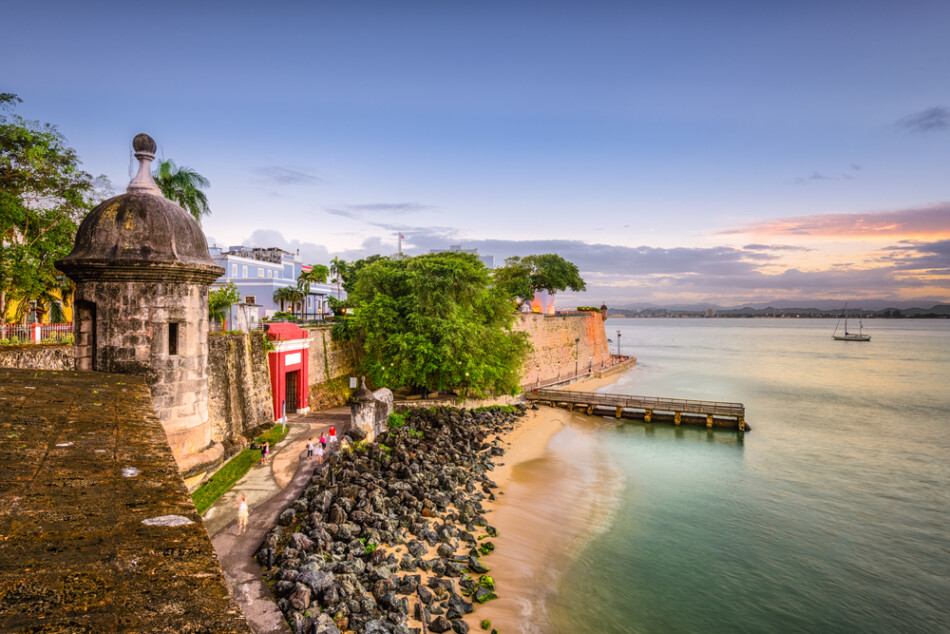 Even hearing the words Puerto Rico sparks the visual of soft sand, clear blue water, and cold drinks. Travelers from across the world flock to Puerto Rico for the gorgeous vistas and laid-back escape you can find there. So, do you need a passport to go to Puerto Rico?

Puerto Rico is a commonwealth of the United States and it is considered a domestic flight. Non-U.S. citizens can stay in Puerto Rico for up to 90 days without a visa but will need to apply for one after that period. Follow along as we explore what you need to get into Puerto Rico whether you are a U.S. citizen or a foreign traveler.

Is Puerto Rico Open For Travel?

Puerto is now open for travel and has been since July of 2020. As of 2022, curfews and travel restrictions in Puerto Rico are almost completely back to normal. Puerto Rico instituted a temporary dry law in January 2022 limiting what hours a bar or restaurant can stay open and serve alcohol.

Citizens and travelers in Puerto Rico cannot attend nighttime business between 12:00 Midnight and 5 AM in Puerto Rico currently. This law is temporary and was enacted to mitigate another resurgence in COVID infections. However, it doesn’t affect travel restrictions or make it harder to get into Puerto Rico.

What ID Do I Need to Fly to Puerto Rico?

The airport may not require the birth certificate, but customs and Border Protection may request it in Puerto Rico. However, even that is rare as U.S. citizens don’t generally have to go through customs upon arrival.

There are no travel restrictions for U.S. citizens to travel to Puerto Rico besides basic laws regarding flights. You can get into Puerto Rico as long as you have a valid government-issued ID. International travelers must be fully vaccinated, but the CDC recommends that domestic travelers are vaccinated as well.

Before March 2022, all travelers needed to fill out a Travel Declaration Form before going to Puerto Rico. Puerto Rico’s governor lifted that mandate and now Puerto Rico is just as open as it was before the COVID-19 pandemic. Individual establishments in Puerto Rico are allowed to deny access to travelers without a mask or vaccine card, but the commonwealth doesn’t require it.

Do You Need a Vaccine to go to Puerto Rico?

For example, several cruise ship lines require travelers to present a vaccine card to be allowed to travel. Companies such as Royal Caribbean require any guest that is over 12 years old to be fully vaccinated. That means that the traveler received their second COVID vaccine within 14 days of arrival on the cruise ship.

This rule applies to all travelers over the age of 12 on many cruise ships regardless of U.S. citizenship. However, the lack of a vaccine card won’t deny you access to Puerto Rico, it will simply limit how you can travel there.

Related Read: Do You Need A Passport To Go To Bermuda?

Not all non-U.S. citizens need to get a visa for a long stay, however, and that includes residents of 40 countries. This includes citizens from Armenia, Canada, Austria, Barbados, and Finland. Non-U.S. citizens can expect to pay $100 to apply for a visa in Puerto Rico.

Do Babies Need a Passport to go to Puerto Rico?

Babies born in the United States aren’t required to have a Green Card to prove permanent residency. You are automatically entitled to U.S. citizenship if you are born in the country.

Can You Travel to Puerto Rico With a Driver’s License?

Related Read: Do You Need A Passport To Go To Antigua?

Do I Need a Green Card For Puerto Rico?

You will be welcome to the privileges that a U.S. citizen has in Puerto Rico once you arrive, however. That can include the luxury of getting to skip going through customs and Border Protection.

How Much Money do I Need to go to Puerto Rico

Single travelers need to budget at least $1,200 for a week-long stay in Puerto Rico. Couples spend an average of $2,400 or more for a week between the flight, hotel, and travel expenses. You can expect to spend $70 per night for a hotel in Puerto Rico, but it can cost over $200 depending on where you stay.

Puerto Rico is a relatively affordable vacation destination, but it can be expensive for families. Prepare to spend between $3,200 and $4,000 or more when you travel to Puerto Rico as a family. It is even more expensive for foreign travelers with children because of the extra cost of passports.

Costs vary based on your hotel rate, eating choices, activities, and the duration of the trip. You are allowed to travel to Puerto Rico with up to $10,000 in cash without declaring it. Declare how much cash you bring if the total exceeds $10,000 when you go to Puerto Rico.

Puerto Rico is a gorgeous escape that is rich in…

Do You Need A Passport To Go To Bermuda? (On A Plane or A Ship?)

Bermuda is a beautiful island destination worth visiting on your…

Do You Need A Passport To Go To Antigua? (By Land or Sea?)

The Caribbean is the perfect place for a tropical beach…

Germany has something for everyone, from 19th century castles and…

Bonneville Salt Flats offers one of the most stunning landscapes…

When you think of St. Martin, you might think of…

There are so many reasons to book a trip to…

White Sands is one of the country’s newest National Parks.…