Do You Need A Passport To Go To Maui? (Find Out Now!) 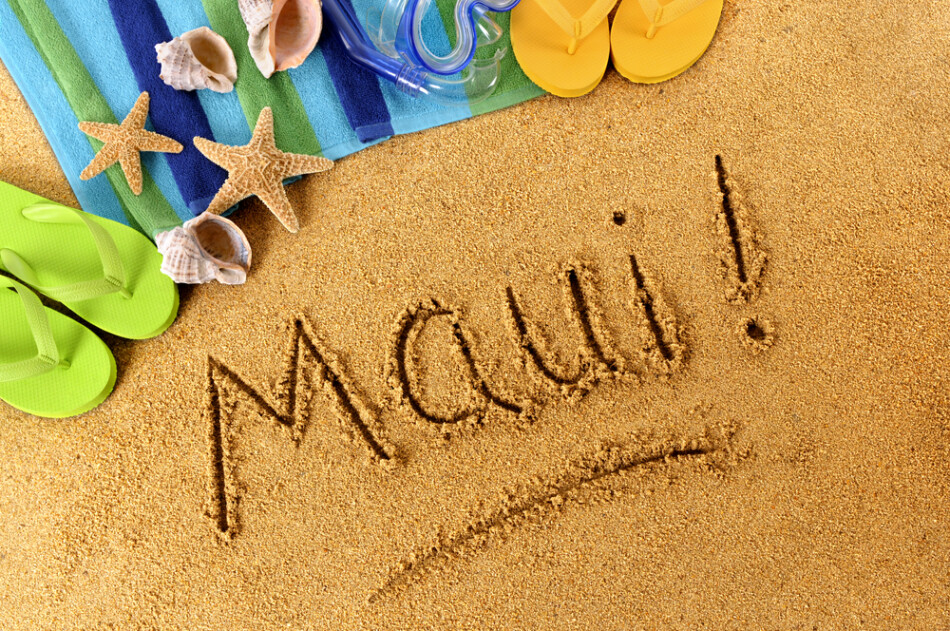 Maui is among the most popular island in Hawaii for travelers within the United States and from foreign countries. Nothing compares to the culture, cuisine, leisure, and views that you can find when you go to Maui. So, do you need a passport to go to Maui?

You don’t need a passport to go to Maui if you are a U.S. citizen because it is 1 of 50 states. Foreign travelers must provide a valid ID, passport, and proof of vaccination to go to Maui. All that you need to go to Maui as a United States citizen is a driver’s license or government-issued ID.

Hawaii lifted its mask mandate in March 2022 and they no longer require U.S. citizens to be fully vaccinated. Follow along as we explore what you need to travel to Maui, Hawaii.

What Do You Need To Travel To Hawaii?

All that you need to visit Maui, Hawaii as a U.S. citizen is a driver’s license or government-issued ID. Hawaii is not considered international travel for U.S. citizens as it is one of 50 states. Maui is one of 8 islands in Hawaii, and it is one of the most popular tourist destinations.

Hawaii is the 50th state in the U.S., and it became part of the country in 1959. U.S. citizens can either fly to Maui or travel there via a cruise ship without a passport. Hawaii isn’t a land-locked state, so it isn’t possible to drive there from anywhere in the United States.

You only need a passport to go to Hawaii as a U.S. citizen if you travel from a foreign country. All foreign flights to the U.S. require a passport even if you are a citizen.

What Do I Need To Travel To Hawaii COVID-19?

You don’t need to present a negative COVID test or vaccine card to go to Maui, Hawaii. Hawaii lifted its state-wide mask mandate in March 2022. With that said, it is still up to individual businesses whether or not they require patrons to wear a mask while indoors.

Non-U.S. citizens cannot fly to Maui or anywhere in Hawaii without a vaccine card. Your vaccine card will only be accepted if it states that you are fully vaccinated within 14 days of the flight. Full vaccination varies based on what type of COVID vaccine you have.

For example, you only need one vaccine if it is a single-dose vaccine. However, you need to have had the second shot within the last 2 weeks if you got a double-dose vaccine. This isn’t an issue for U.S. citizens as domestic travelers don’t need to be vaccinated.

Non-U.S. citizens need a valid ID and passport to go to Maui, Hawaii. The passport will only be expired if it won’t expire within 6 months of your trip to Maui. You also need to fill out a Customs Declaration Form when you fly into the U.S. as a non-citizen.

A Customs Declaration Form will let the Customs agents know what you are bringing in or out of Hawaii as well as your travel intentions. Bring an ID card that has a photo to help Customs agents verify your identity. A state or government-issued ID from your country of origin is also necessary to go to Maui as a non-U.S. citizen.

Canadian citizens can travel to Maui without a passport as long as they bring a NEXUS card. Canada doesn’t grant NEXUS cards to all Canadian citizens, but they make it much easier to travel to the United States. Canadians can get a NEXUS card for $50 if they are considered low-risk travelers, and it can get them into Maui.

Does A Child Need A Passport To Fly To Maui, Hawaii?

Children and infants need a passport to fly to Maui, Hawaii if they depart from a foreign country. International travel requirements in the United States are generally the same for children as they are for adults. Airlines won’t allow a child to board an international flight to the U.S. without a passport.

The TSA doesn’t require the child to have a government-issued ID when they fly to Hawaii or any other U.S. state. However, a child that isn’t a U.S. citizen must provide a travel consent letter to fly internationally to Maui. You will likely also need to provide proof of your relationship with the child in most cases with a birth certificate or adoption papers.

Do You Need A Passport To Go To Hawaii On A Cruise?

Inter-island cruises are popular in Hawaii because of how the islands are spread out. This is the best option if you want to get the most out of Maui, Honolulu, O’ahu, and any popular Hawaiin island for tourists. You won’t need a passport for an inter-island Hawaiin cruise whether you fly from another U.S. state or a foreign country. The airline will require a passport if you’re a non-U.S. citizen, but you won’t need a passport if the cruise doesn’t leave Hawaii.

Do You Need A Vaccine To Go To Hawaii?

You aren’t required to have any vaccines if you go to Hawaii as a U.S. citizen. Foreign travelers must be fully vaccinated against COVID-19 to go to Maui, Hawaii. The CDC recommends that you are vaccinated before you travel to Maui whether you are traveling internationally or domestically.

Health officials suggest that you get vaccinated against several ailments before you go to Hawaii, but none are required. The WHO and CDC recommend that you get vaccinated against influenza, measles, hepatitis A, hepatitis B, and chickenpox before you go to Maui. You can also contract pneumonia, polio, and meningitis, so health officials recommend that you are up to date on all vaccines.

The average traveler doesn’t get vaccinated against all of the aforementioned ailments before going to Hawaii. Rabies isn’t an issue in Hawaii because it is considered the only U.S. state that is completely rabies-free. You can contract an illness in any U.S. state so it is wise to exercise caution before any flight to Hawaii.

Do You Need A Visa To Go To Maui?

You don’t need a visa to go to Maui as a United States citizen, but non-U.S. citizens may need to get one. Foreign travelers can stay in Maui for up to 90 days without applying for a travel visa. The United States grants visas to qualifying international visitors on the grounds of business, education, and tourism.

You can expect to spend $160 on a visa as a non-U.S. citizen if you stay in Maui for longer than 90 days. The fee can cost as much as $190 if it is deemed to be a petition-based visa, but that doesn’t apply to the average international traveler. A visa is valid for up to 10 years as long as you only stay for 180 days at a time between trips.

Can You Fly To Maui With Your Dog?

You can fly to Maui with a dog, but it is subject to inspection upon arrival at the airport. Contact the airport to set up an inspection in advance of your arrival in Maui. This can help expedite the process so that they can release your dog or cat at the same time as you.

That is why you must bring your dog to a veterinarian for a full exam before you fly to Maui. Make sure that the veterinarian provides documentation that describes its appearance, whether or not it’s microchipped and vaccine status. The documents must indicate that it is your dog and that it is in healthy shape to travel to Hawaii.

The island of Maui, also known as the Valley Isle,…

Maui, Hawaii, is a spectacular and well-known place to visit.…

Maui is located in the Pacific Ocean. It is one…

Lahaina is a historic town located on the island of…

40 BEST Things To Do in Maui with Kids (Fun And Unique!)

One of the most stunning islands in the world is…

Bikes are a great way to get from place to…

Wisconsin is a place where nature meets the modern world.…

New Hampshire has some of the most genuine and well-known…

Nashville owns a top spot on the best places to…

Many seasoned African travelers consider Tanzania to be the crown…