Where is the Closest Beach to Laos, Vientiane?

ContentsDo Laos have any Beaches? Closet Beach to Laos?Backpacking Route 1… 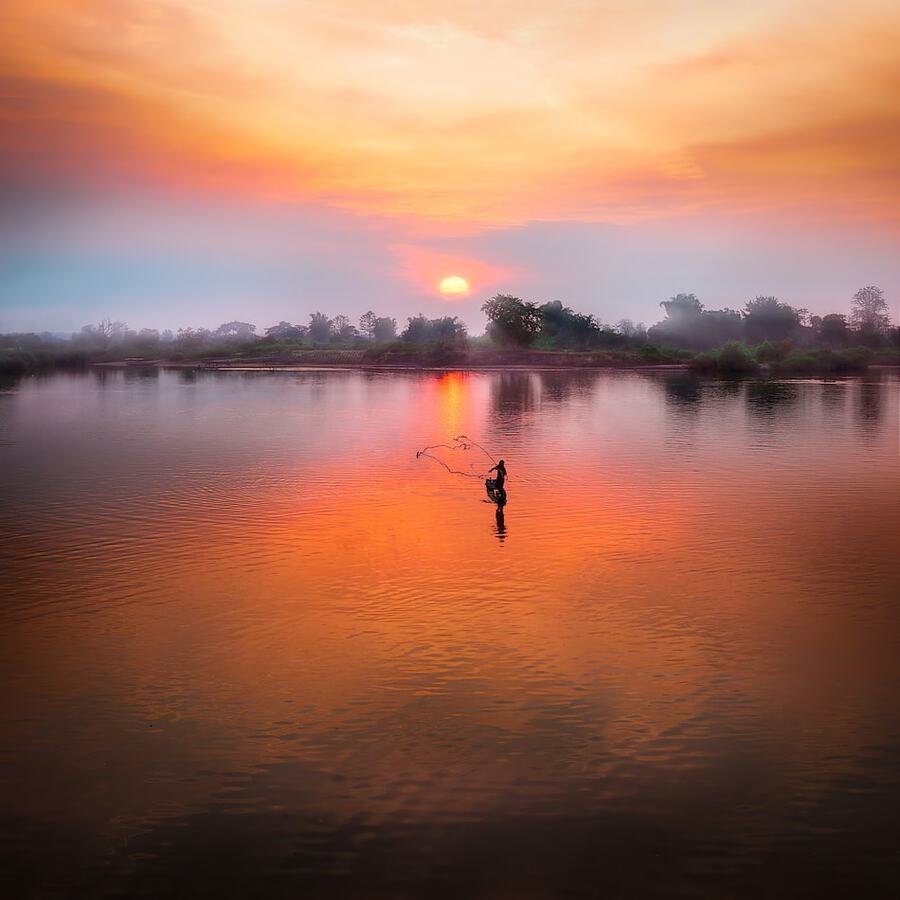 Do Laos have any Beaches?

Closest Beach to Laos? So your backpacking through Laos and want to head to a beach? Well unfortunately Laos is landlocked see map below, so your best bet to finding a Laos beach is to head to the fantastic beaches of south east Cambodia!

Another great backpacking route would be to be head to “Trat” Thailand, and then onto Koh Chang island. From Nong Khai (Thailand’s gateway to Vientiane)  or UdonThani in North east Thailand.

If you would rather find a “Laos beach”, your best bet is to try and get near some water.

A great Backpacking Route if in Laos is heading to the river side “beach” then head to Nam Song River in Vang Vieng which is just 4 hours north of Vientiane.

There is actually some crystal clear water Lagoons nearby and it’s a popular place for “Tubing” , where many backpackers float on Inflatables. See further down the article “Backpacking Route 3” to find out more.

Another great backpacking route if you want to stay in Laos is to check out the 4000 islands of Laos or Don Kong Island, Don Ket, Don Khon. Although these don’t have beaches they are a great place to Kayak along the river. See backpacking route 4.

Below, I have outlined the best Backpacking Routes for your closest Laos Beach and best routes to get their in detail, depending upon your starting point, north or south of Vientiane, Laos.

Backpacking Route 1 – Laos to the Beaches of Southeast Cambodia (Sihanoukville)

[Tip – Fastest Backpacking Route, if you are further south than Vientiane.]

This route works out the fastest if your south of Vientiane.  The bus route from Vientiane is shown below. However ,as you might of guessed it’s much faster getting to the beach if your already further south of Laos.

Either way your goal is to get to Cambodia’s capital Phnom Penh. Ask your local tourist office or bus station which is the best bus to Phnom Penh. From their then onto to the beach.

Head to Phnom Penhn then onto Sihanoukville. Sihanoukville has a great beach and access to all of cambodia’s little islands.

See our Top 10 Beaches in Cambodia guide to find your favourite.

Starting at number 10, is the most popular beach area in Cambodia. Situated on the wonderful south west coast, some say on a map it looks like an arrow head pointing to neighbouring Thailand,( How fitting!).

Sihanoukville has several beaches within it’s area. Probably the most popular and easily accessible is Victory Beach. The beach is covered with glistening white sands and surrounded by an army of palm trees all ready for you to dive under when things get too hot!

While laying on the beach you will see plenty of activity on Sihanoukville port with boats coming in and out on regular basis. This makes it a great hub of access to all the other little islands (Koh Themi, Koh Pos etc) surrounding it. A popular place to start your trip and even base yourself.

Victory Beach – Sihanoukville. A great Excuse to head down from Laos to this Beach.

If you fancy trying out an island after a stay at Sihanoukville head to Koh Thmei which can be reached from the Sihanoukville port and is just of the coast. Koh Thmei is a scenic destination with beautiful beaches which actually make up a section of  the Ream National Park.

If you like your wildlife it is a good spot for dolphin spotting and bird watching. Snorkelling is also great to try here as you can explore the wonderful reef which is surrounding the island.

The only downside of this island is it is releatively underdeveloped with just a small number Bungalow style accommodations only. We suggest a day trip or stay 1 night depending upon you timescale.

Heading toward the Vietnam border, is a small island called Koh Thonsáy or Rabbit island. This is a great little island for hiking, snorkeling and secluded private beaches. It is located a 20 minute boat ride from Kep, so easily accessible. Like many other islands in Cambodia development is slow with only a few bungalows and restaurants tailored towards tourists.  If you like plenty of seclusion with no big crowds of tourists then it is a nice spot to check out.

Another island located just of the coast of Sihanoukville is Koh Pos or “Snake island”. A small bridge called the “Techo Morakat Bridge” makes it more easily accessible then other islands around Cambodia.

If you  like an adventurous Jungle paradise then this is your island, but be careful the inland jungle is home to everything from  cheeky monkeys to deadly pythons!

If you would prefer to stick to the safety of the beach you will have just as much fun with scenic waterfront dining and lovely seafood. A popular restaurant is “Treasure island” which is popular among visitors and definitely a spot to visit.

Sokha Beach is a privatised area, making it a very clean, safe spots to relax and sunbathe. It is also less crowded due to the entrance fee required to stay at the beach for the day.  We recommend staying at one of the nice resorts which are on the private beach. Expect restaurants and activities such as snorkeling.

If you would really like to see some breath taking views, you should definitely try the great hike along the coast. This will take you between Sokha and Serendipity beach.

5. Koh Rong – Have you watched the TV show Survivor??

Yes that’s right the popular television show Survivor was filmed on the popular Sok San Beach or “Long beach” due to the great captivating coastline.  Located just of Sihanoukville, you will experience plenty of wonderful coastline and brilliant pristine beaches!

This beach can be accessed by boat and even on foot. Great activities like many other of the islands include, snorkeling and swimming. After sunset the phosphorescent plankton can acutally been seen to magically sparkel which is a great site.

“The glowing plankton is truly magical and a must see for anyone visiting Koh Rong!”

There are a variety of beaches on Koh Ta Kiev, with one of the most scenic being Coral Beach. This tropical beach is pristine, authentic and a natural spot to soak up that fresh sea air.

The island is located of Southwest Cambodia, close to the Ream National Park. Local amenities include a small selection of accommodation with a variety of food and drink venues.

Overall this is the perfect place to get away from it all, relax, unwind and breath! Hammocks are popular on the island and you can choose to rent one for the day…a great place to read, relax and even take a nap.  If your feeling energetic there are plenty of fun activities from cliff diving to spear fishing.

Serendipity beach is a great spot with around 3 kilo meters of exquisite platinum sands. From Serendipity Beach Road you’ll find a number of amenities from bars and restaurants to a full size golf course! Although this area is popular with backpackers there are still a large number of luxury hotels to accomodate.

We also like this beach because it is pretty quiet with only small groups of tourists here at any one time.  In terms of accommodation there is a small number of beach bungalows which overlook the crystal waters. Local amenities include a bar and Restaurant on the beach offering delicious food…what more do you need! 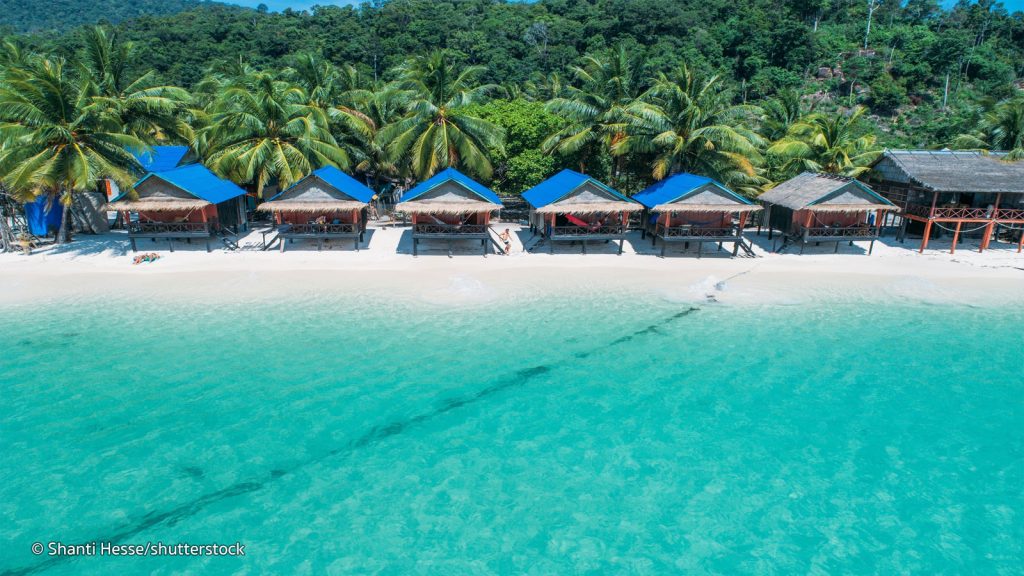 Koh Rong Cambodia, Photo by Shanti Hesse/Shutterstock. Check her out for great prints!

Otres beach is the less crowded and quieter alternative to Serendipity in Sihanoukville. It’s still within close proximity to the popular resort of Sihanoukville but just more relaxed with a chilled vibe. However, this island is far from boring with plenty of day time activities from windsurfing to Kayaking.

By night, there is plenty of bars along the vast stretch of wonderful coastline. Come Saturday nights, head down to Otres Market, where a great atmosphere of live music and food stalls can be experienced till the early hours!

A great Backpacking Route would be to be head to “Trat” Thailand, and then onto Koh Chang island. From Nong Khai (Thailand’s gateway to Vientiane)  or UdonThani in North east Thailand.

Using the night bus head from  Vientiane Tala Sao Station to Bangkok Mochit Bus Terminal. Then from there onto to Trat Bus Station.

You can also fly from Vientiane to Bangkok, for around $100 or less if you would like to get there faster and in more comfort! This route is also good if you would like to head to south east Cambodia after (Sihanoukville) and then onto the islands mentioned in Backpacking Route 1.

The city of Trat is a hub which allows easy access to the province’s 52 large and small islands, including of Mu Koh Chang Marine National Park, with golden, vast sandy beaches. Koh Chang island has won numerous award for the top Destination to unwind and relax.

How to get to the Koh Chang island & others?

If you would rather stay in Laos and would just like to have some fun in the water and on a river side “beach” then head to Nam Song River in Vang Vieng which is just 4 hours north of Vientiane.

Nam Song River, although not the sea is know for “tubing” the popular past time of having fun floating on inflatables. It can be a great and a really fun way to cool off!

There are also some crystal clear water lagoons nearby, which are great for swimming!

The island is 18 kilometres long and has a population of approximately 55,000,  concentrated between the two villages Muang Saen and Muang Khong.

Locals Laos People tend to travel on Longtail boats. A a popular backpacking route is to combine, Khong Island with a visit to the nearby Don Det and Don Khon islands, where you can feast your eyes on the gorgeous Khone Phapheng Falls.

Fun Fact: The former President of Laos, Khamtai Siphandon has a place on Khong island, which explains the higher quality roads and infrastructure compared to other parts of Laos.

Watch the great video below on the 4000 islands of Laos. 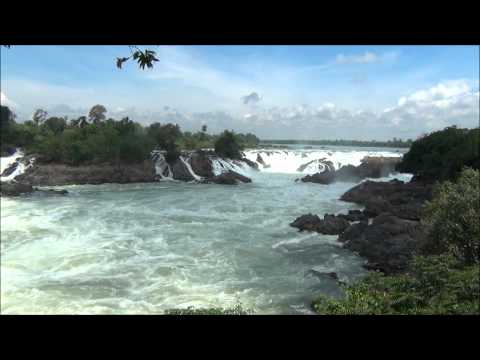 For an Interesting article on the 4000 islands of Laos, Check out this article:

Choose your destination/backpacking route based on your starting point using the guide for each Backpacking Route. If you’ve not been to crystal Blue Lagoon, at Nam Song River in Vang Vineg yet (shown above) and already are in Laos, than it’s definitely worth checking out! So much fun!

Would you like to save money on your next Asian Hotel?

Trending Articles for You

Top 10 Do’s and Don’t’s while in Cambodia – Cultural Faux Pars to Avoid! 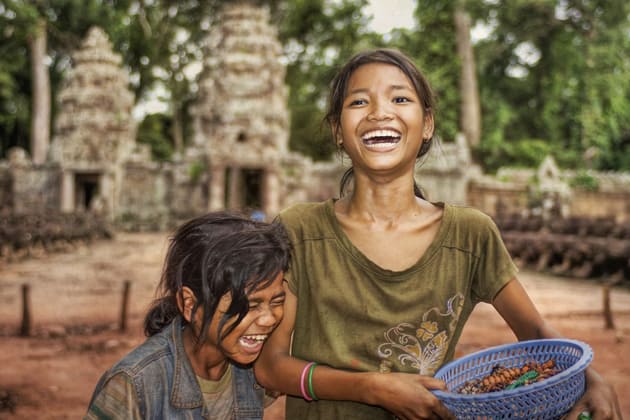 Ethical Elephant Sanctuaries in Thailand – Which to go? Which to Avoid? – Ultimate Guide.

New Mexico has become a hotspot for adventurers and outdoor…

Maines lighthouses have been a beacon for sailers, guiding them…

10 Wildest Tattoo Expos/Conventions in the USA!

Lake Arrowhead is a great spot to go hiking. Located…

The New England area has some of the best winter…

The Mentawai Islands are a hidden gem located in West…