Can You Change The Name On A Plane Ticket? (What You Need To Know!) 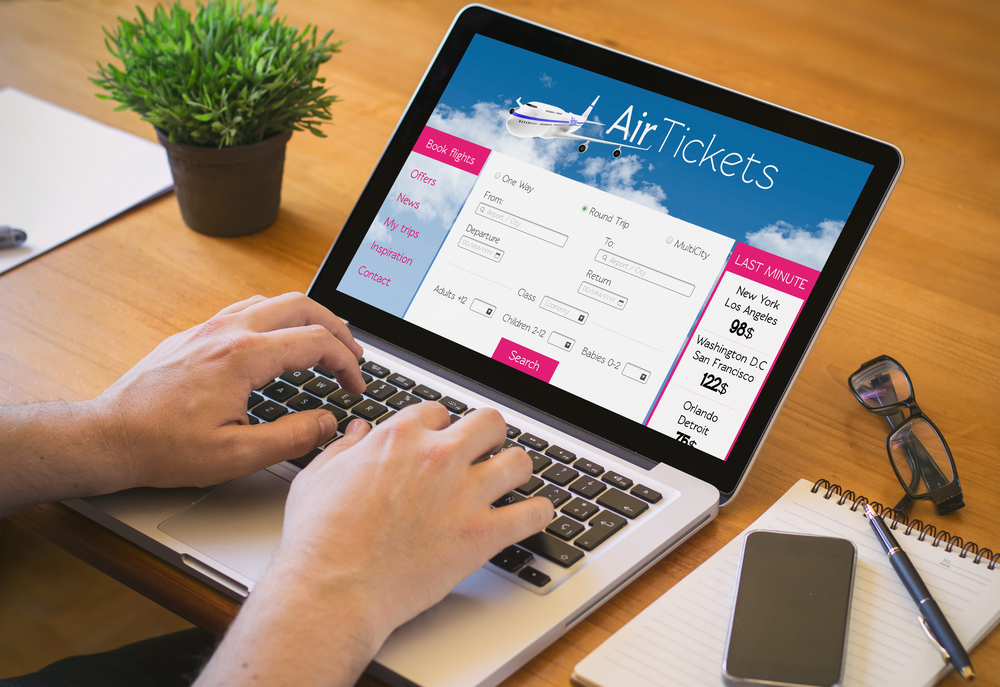 Travelers often book flights for their trips months in advance to get the best rates. A lot can happen over a couple of months that could affect your travel plans. One thing you might be wondering is if you can change the name on a plane ticket after it has been purchased.

Each airline has a specific policy that they need to follow when it comes to making changes to a passenger’s ticket. If you’re in a situation where you may need to change the name on a plane ticket, you’ve come to the right page. Today, we’re going to discuss what passengers should expect if they need to make a change. We will also cover what you can and can’t do.

Why Can’t You Change The Name On A Plane Ticket?

Airlines claim that name changes aren’t allowed for security reasons. Once a plane ticket is purchased for a person, only the ticketholder can use it. Airlines must keep track of how many tickets they sell and who they are for. Airlines have strict rules to follow for security, which is why they require personal information for every traveler.

The only exception for name changes on an airline ticket is if the ticketholder will be the one using it and there is an error on it. After all, mistakes do happen and can be corrected.

Most airlines haven’t revealed the real reason they don’t allow name changes. Allowing name changes give scalpers a chance to take advantage of travelers. It’s common for airlines to have sales periodically throughout the year. If they allowed name changes, people would be able to buy bulk tickets at discounted rates and then price-gouge them.

Ticket scalpers can also prevent the airline from making profits they could have made if the traveler bought the plane ticket directly from them. If you’re browsing flight tickets, you’ll notice that the prices fluctuate. Travelers who book tickets closer to the flight date are often willing to pay more and the airlines want that profit.

Can I Transfer A Plane Ticket To Another Person?

Airlines will not allow you to transfer your plane ticket to another person. This can cause a lot of frustration for travelers that are unable to follow through with their travel plans. If you aren’t able to use your ticket, you may want to hand it off to a friend or family member that can. So, what do you do in this situation?

Check the airline’s refund policy. Most airlines will allow a full refund if the passenger purchased a refundable ticket. If the refundable ticket was purchased at least 7 days before the flight, it should be eligible for a refund. In this situation, you can get a full refund for the plane ticket as long as it’s requested 24 hours or more before the flight.

Once you get the refund, you can purchase a plane ticket for the other person. Unfortunately, if you’ve purchased a non-refundable ticket, you will not be able to do this. The only time that travelers with non-refundable tickets are allowed to receive a refund is when the airline makes changes to the flight, like canceling or rescheduling at a different date.

Under What Circumstances Are Name Changes Allowed On Plane Tickets?

There are only a few circumstances when the airline will permit a name change on the plane ticket. After all, mistakes can happen during the booking process. As long as the ticketholder remains the same, changes can be made to the name. Let’s take a look at when changes are allowed to be made.

The airline has no problem with changing the name on a ticket due to a spelling error. Every passenger’s ticket must match the name on their government ID. While middle names aren’t a problem, airlines do pay attention to the first and last names. These mistakes happen more often than you would think.

All airlines encourage passengers to reach out as soon as they notice an error to get it fixed. Travelers aren’t allowed to board a plane with a ticket that doesn’t have the correct name. Not getting the problem resolved beforehand could cause problems at the airport.

If you don’t notice the mistake until you arrive at the airport, you’re not out of luck. You can have the problem fixed up at the ticket desk. While many airlines have rules about the cut-off time for name changes, they often make exceptions for typos or minor spelling errors.

If you’ve legally changed your name after you’ve purchased a ticket, you can change the name on it. This is common when someone books a ticket prior to getting married or divorced. As long as it is a legal name change and you have the documents to support it, the name change will be approved.

This can also be done if you booked the ticket under the new name, but your government ID still has your previous name on it. Make sure you bring the necessary documents for the name change to the airport with you for review. It’s also a good idea to arrive early because the airline may need time to review your documents.

The rules regarding legal name changes are similar across all US airlines. According to the Department of Transportation’s Fly-Rights, legal documents that support a name change will be enough proof to support a plane ticket name change.

If your plane ticket has the wrong prefix, you will be allowed to have this changed. Getting a prefix change is easy and usually doesn’t have a penalty fee. How you get the prefix change will depend on how you’ve purchased the tickets. If you booked it directly from the airline, you can contact them directly to have the issue resolved.

Did you notice the prefix mistake last minute? This typically isn’t as big of a problem as having the wrong first or last name on the plane ticket. If you don’t notice until you’re at the airport, go to the ticket desk to have the problem resolved.

Emergencies With Proof Of Events

In rare cases, the airline may allow a name change due to an emergency if there is proof of events. Whether or not this is allowed will depend on the specific airline and its policy. Some airlines have a very strict non-transferable policy, while others will make exceptions under certain circumstances.

For example, if you’ve recently had a medical emergency, you may not be able to fly. With a doctor’s note to prove this, this airline may allow you to transfer the ticket to another person. If the airline does allow it, you will need to ask them directly what you need to do because each airline has different rules.

How Much Will It Cost To Change The Name On My Plane Ticket?

Each airline has a different policy with rates and penalties for name changes on a ticket. While some airlines charge a fee, others may allow a change free of charge.

All travelers will be able to make changes or cancel a ticket without charge within 24 hours of purchasing it. If you notice a mistake on your ticket in this timeframe, you don’t have to worry about a penalty. Some airlines will also allow a change free of charge after 24 hours have passed for simple changes, like a spelling error or a prefix change.

However, every traveler should be prepared for a charge when they make changes to their plane tickets. It’s rare for airlines to make changes without a fee. Depending on the airline and what needs to be changed, the charge could be anywhere from $75 to $500.

You can expect the name change policy to differ per airline. It’s best to know what you should expect before booking your flight. Let’s take a look at the policy of some of the most popular US airline companies.

Can a Southwest Flight Be Transferred To Someone Else?

Southwest Flight will allow customers that have purchased Business Select, Wanna Get Away Plus, or Anytime plane tickets to transfer their tickets. Instead of getting a refund for the flight, they can get travel credits. These credits can then be transferred to another Southwest Flight customer.

You and the person you are transferring the credit to must have a Rapid Rewards account with Southwest Flight to transfer credits.

Can I Transfer My American Airline Ticket To Someone Else?

American Airlines doesn’t allow passengers to transfer their tickets to someone else. If you need to do this, you will have to cancel your ticket, which will have a $150 penalty. Once you have canceled your ticket, you will receive travel credit. This credit can be used to purchase a ticket for the other person.

Can I Change My Delta Airline Ticket To Another Name?

Delta doesn’t allow passengers to transfer their airline tickets to another passenger. The only times that Delta will allow a name change on tickets is if there is a minor correction that needs to be made, like a spelling mistake.

Can I Change My Name On My Jetblue Airline Ticket?

It is possible to request a name change for yourself with Jetblue Airline. However, they have a strict rule regarding name changes. All customers are only permitted to make one name change per ticket. The company will not reissue more than one ticket per customer.

Will Alaska Airlines Allow Me To Change The Name On My Ticket?

Alaska Airlines will allow you to make changes to your name on your ticket, but it will cost you. During the 24-hour period after booking your ticket, you will be eligible for a free name change. However, if 24 hours have passed, you can expect a fee of $125.

How to Lookup Your Known Traveler Number (Pre-Check & Global Entry)

Traveling in the post-Covid-19 era has become a lot trickier.…

Many airlines have size restrictions for personal items and carry-on…

In 1990, Spirit Airlines flew its first scheduled service between…

Can You Bring a Computer on a Plane? (Laptops & Desktops)

You can bring many things with you but knowing how…

Can You Bring Pens on a Plane? (Pens, Dab Pens, Markers & More)

Many people travel for business but even when traveling for…

Can You Bring Toothpaste on a Plane? (TSA Rules & Regulations!)

Now that the travel industry is beginning to open back…

Can You Fly If You Have a Warrant?

A warrant authorizes the police or other law enforcement body…