Can You Bring Puff Bars on a Plane? (Quantity & Regulations) 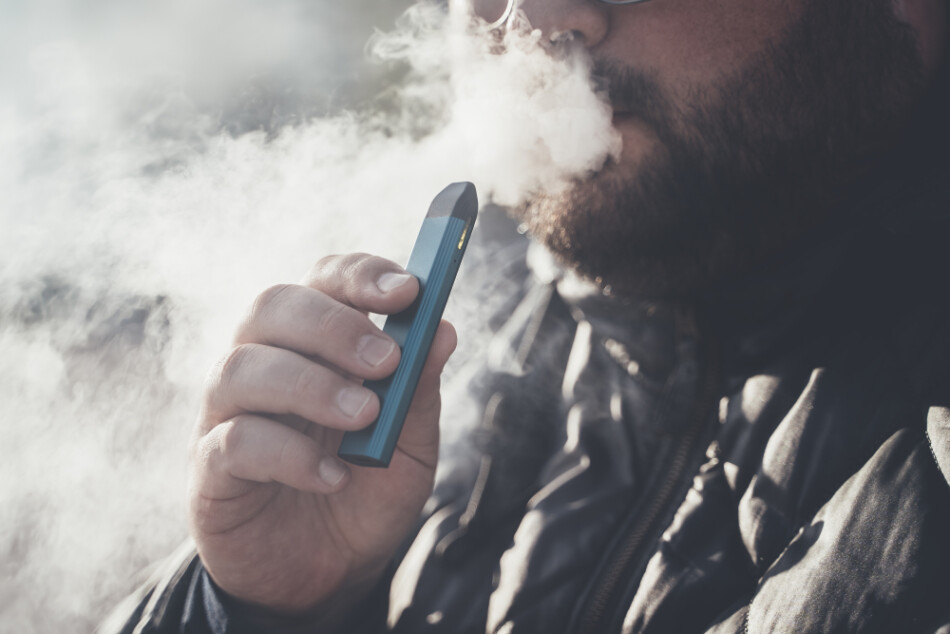 Electronic cigarettes like puff bars have become increasingly popular in the last decade, with an estimated 41 million people using them. In the 1970s, cigarettes were allowed on planes, and until 1990, you could even smoke them while in flight. However, times have changed, and so have the rules, so can you bring puff bars on a plane?

Puff bars fall under the TSA classification of electronic cigarettes and are not allowed in your checked luggage. Puff bars can be brought on the plane as long as you store them in your carry-on bag. You must perform specific actions in order to prevent the puff bar from activating, such as removing the battery.

While puff bars are allowed in your carry-on luggage, there are additional rules and restrictions when brought on the plane. Before you bring your puff bar on a plane, you should be aware of what you can and cannot do with them.

Puff bars and other e-cigarettes are allowed on an airplane, according to the TSA, but there are specific rules and regulations.

If you’re flying domestically within the United States, you can travel with a puff bar. However, if you’re flying internationally, you may run into issues.

Several countries around the world have banned e-cigarettes, such as Australia, India, Japan, Mexico, and Singapore. As always, the recommendation is to check your specific airline for any additional limitations or how many puff bars you can bring.

Can I Bring Puff Bars On A Plane In My Carry-On?

You can bring puff bars on an airplane in your carry-on as long as you adhere to the regulations for e-cigarettes.

It’s vital to pack puff bars properly so they don’t accidentally activate. Keep in mind that if you’re flying internationally, each country has its own rules regarding vaping.

Related Read: Can You Bring Vapes on a Plane?​

How Should I Pack Puff Bars In My Carry-On Bag?

Puff bars are allowed in your carry-on bag as long as they’re packed in a way that prevents them from activating. Puff bars, in particular, are unlike other types of e-cigarettes because they don’t activate without physically puffing them.

However, puff bars fall under the same TSA rules as e-cigarettes when it comes to packing them in a carry-on bag.

When packing an e-cigarette, you must take the following measures to prevent accidental activation.

Can I Carry My Puff Bar On A Plane In My Pocket?

You can bring a puff bar on a plane in your pocket. However, while you are on the airplane, you cannot use the puff bar. Vaping on an aircraft is prohibited.

If you smoke a puff bar while on an airplane, you could be arrested and fined between $50 and $4,000. If the flight is diverted because of this, or if you tamper with the smoke detector, you could face severe charges. These rules apply to all tobacco products brought on a plane.

Will The TSA Take My Puff Bar If I’m A Minor?

Vaping has become popular for those under 21. If you are under 21 years old, TSA will not confiscate your puff bar if it’s in your carry-on. When you check in, you will be told that you must bring any electric devices with you on the plane.

In most states, you must be 21 years old to purchase puff bars, but you can travel with them. You should have no issue carrying your puff bar onto the plane if you follow the rules.

How Many Puff Bars Can I Bring On A Plane?

There is no limit to how many puff bars you can bring on a plane. However, there is a limit to how much liquid you can have in your carry-on bag. Any vape liquid cannot be in excess of 100 ml or 34 ounces.

If vape liquid does exceed 100 ml, you must pack it in your checked bag without the device. Remember, puff bars cannot go in checked luggage, only carry-on bags.

Related Read: Can You Bring Cigarettes on a Plane?

Will A Puff Bar Set Off The Metal Detector At The Airport?

It is legal to bring a puff bar through airport security. It’s unlikely that TSA will ask you to take it out of your carry-on bag. It may set off the metal detector if it’s in your pocket.

To avoid this, show the TSA office or security officer your puff bar if you’re carrying it. Place it in the tray with your other belongings and proceed through the metal detector. Remember, it is up to the TSA agent whether they will allow you to travel with the puff bar.

Can I Pack Puff Bars In My Checked Luggage?

You cannot pack puff bars in your checked luggage. The Federal Aviation Administration (FAA) prohibits batteries in the cargo hold because it is a fire risk. If TSA suspects you have something in your bag that could present a fire risk, they will confiscate it.

In the past, there have been several instances of cargo hold fires caused by batteries. A lithium battery can cause a fire if it comes into contact with other metals. This includes puff bars as well as any other type of e-cigarette or vape.

Can I Take Puff Bars On An International Flight?

Before traveling to another country with a puff bar, make yourself aware of that country’s vaping rules. Puff bars may not be illegal on the flight, but they can be unlawful in the country you’re traveling to. Many countries are now smoke-free as well as vape-free in restaurants, bars, and public spaces.

Brazil, Singapore, India, and Uruguay are among the list of countries that have banned vaping. The fines are very high if you are in possession of a vape or vaping product. In Thailand, vaping has been banned since 2014, and if you are caught with it, you can face 10 years in jail.

Related Read: Can You Bring A Lighter On A Plane?

Still Not Sure If You Can Bring Puff Bars On A Plane? Ask the TSA

The TSA has many rules when it comes to tobacco, e-cigarettes, and other vaping products. If you are still unsure of the rules about bringing puff bars on a plane, ask the TSA. There are various ways to contact the TSA ahead of your departure: social media, email, or phone.

You can tweet, Facebook message, or Apple message with a TSA officer live from 8 AM to 6 PM ET. If you’re requesting information, submitting a compliment or complaint, or have a TSA PreCheck issue, it’s best to email. Any automated information you need is available anytime you call the TSA.

Live TSA representatives are available from 8 AM to 11 PM ET on weekdays or 9 AM to 8 PM on weekends and holidays. The TSA website has a list of commonly asked questions by travelers and answers from the TSA, as well. The list of questions includes disabilities and medical conditions, ID requirements, lost or damaged items, and permitted and prohibited items.

Related Read: Can You Vape In A Hotel Room?

Wrapping Up Bringing Puff Bars On A Plane

Puff bars are allowed on airplanes in a carry-on bag, in your pocket, or in a purse. They are not permitted in checked bags as they are a fire hazard. If you do bring a puff bar on the plane, remember to take the proper precautions when packing it.

Can You Bring Cigarettes on a Plane? (TSA Rules & Regulations!)

It may be hard to believe, but back in the…

Can You Vape In A Hotel Room? (Hotel Policies & Restrictions)

Vaping has become more of a social norm than ever…

Can You Bring A Lighter On A Plane? (TSA Rules & Regulations!)

Air travel can be a stressful experience, particularly for novice…

Amsterdam is a treasure trove of scenic delights. From cobblestone…

Maryland is a wonderful place to visit all year round…

Do You Need a License To Drive a Boat? (Laws by State!)

Have you been wondering if you need a license to…

More travelers are becoming interested in treehouse rentals. This style…

Beach days conjure up lazy afternoons soaking up the sunshine…