Can You Bring A Taser On A Plane? (Rules By Airlines & TSA) 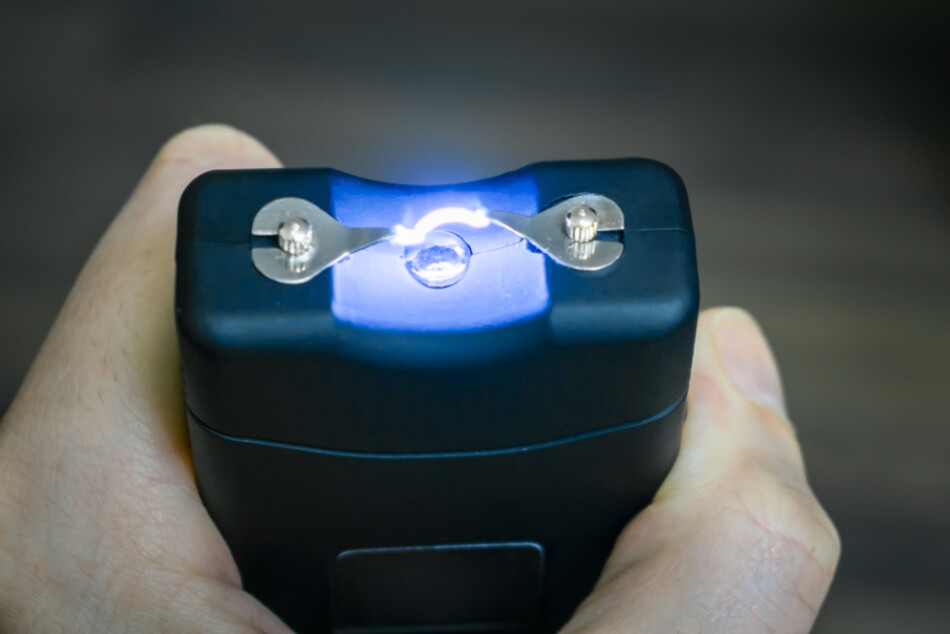 When packing for a flight people usually pack their essentials and know they will get through TSA with no issues. However, every now and then you come across something that you’re not entirely sure about such as certain self-defense items like tasers. Can you bring a taser on a plane at all?

According to the official TSA website, tasers are allowed on planes as long as they are in a checked bag. Any type of taser or shocking device is not allowed to be brought on in a carry-on bag for any reason. This is for safety measures to ensure that no shocking devices are accidentally set off during the flight.

In this article, we will further discuss the rules about bringing tasers on an airplane and if it is a wise idea. We will also talk about various other forms of self-defense items and what TSA says about them.

Can You Take a Taser on a Plane in Checked Luggage?

Tasers or any type of stun guns are not allowed to be brought on in a carry-on bag. They are however allowed in checked bags, meaning you will not have access to it during the flight.

Tasers must be packed away in a way that ensures that they will not be set off. Bringing a taser in a carry-on bag would run the risk of others on the flight potentially getting hurt whether it be accidental or intentional. Each airline has its own policy regarding tasers.

When packing a taser be aware of what batteries it uses as some contain lithium batteries. To avoid any hassle, it is best to remove the taser’s power source prior to packing it away both for your safety and the baggage handlers’ and inspectors’ safety.

Each airline has different rules about what you can and cannot bring. Therefore, below, we’ve listed some airlines and their rules on tasers.

Related Read: Can You Bring A Lighter On A Plane?

Various self-defense items including tasers are allowed on American Airlines, but they must be stored in a checked bag, not a carry-on.

According to American Airlines, batteries of any kind are not allowed in a checked bag. Instead, remove your taser batteries ahead of time and store them in a plastic bag in your carry-on.

Tasers are not mentioned in Deltas restricted items list, however, certain types of batteries are. Some tasers contain lithium batteries.

Any type of lithium battery that has over 160 watt-hours is not allowed on any Delta flight whatsoever. Pack any spare lithium batteries in your carry-on bag, or bring unopened batteries if possible.

Tasers are allowed on Southwest flights as long as they are properly stored in your checked luggage.

Travelers are allowed to bring up to 20 spare batteries with them across all of their devices as long as they are packed away in a carry-on bag.

United Airlines does not allow tasers on any of their flights. This means you cannot pack them in either a checked bag or a carry-on.

They do however allow stun guns as long as the batteries are removed from the device and it stays packed away in a checked bag.

Can TSA Confiscate Your Taser?

Sometimes mistakes happen and you forget to pack something correctly. What happens if you accidentally pack a taser in a carry-on bag? If this happens you will be stopped at security and pulled aside.

Depending on the situation and what your TSA agent decides, there are a few things that might happen. The first being they may confiscate your taser and not allow you to travel with it at all.

Sometimes the TSA agent you are working with will allow you to hand off your taser to someone you know who will not be flying. The last option is they may be forgiving and allow you to travel with your taser after putting it in your checked bag and removing the batteries.

There is no way of telling which route TSA will decide to go as it is up to them. That is why it is super important to make sure to follow TSA guidelines ahead of time.

Can You Bring Other Self-Defense Weapons on Planes?

A lot of people feel safer traveling when they know they have a way to defend themselves should something happen when they are away.

Here are the policies for different self-defense items set by TSA. Remember to always check with your specific airline policies as well prior to traveling.

Pepper spray is not allowed in any carry-on bags. It is however allowed to be packed in checked bags. One 4 fluid ounce pepper spray is permitted as long as it has some form of safety on it.

This is to prevent the pepper spray from accidentally going off during the flights. No pepper sprays with more than 2 percent of tear gas by mass will be allowed under any circumstances.

Related Read: Can You Bring Peper Spray on a Plane?

No sharp objects, including knives, are allowed to be packed in a carry-on bag. They are allowed in a checked bag.

Any type of knife or sharp object should be packed carefully, ideally with a knife cover for the safety of bag handlers and other staff.

Kubatons, whether they are on a keychain or by themselves, are not allowed in carry-on bags. They are allowed to be safely packed away in a checked bag.

Firearms have much more complex rules. Firearms are allowed in checked baggage only, never in a carry-on. Violators of this rule may be charged and fined. All guns must be unloaded and packed away in a hard and locked case.

Firearms and ammunition of any type must be declared at the counter when you check your bag. It is also important to keep in mind the gun laws of where you are traveling as some countries do not allow them and other states have their own set of laws in place.

Ammunition of any type is only allowed in checked bags. Magazines and clips have to be safely packed away regardless of if they are full or not.

Different airlines have their own set of rules when it comes to how much ammunition is allowed to be brought on the plane.

Traveling with self-defense items always comes with its own set of challenges and rules. As long as you follow the rules set in place, you should be good to go.

It is very important to do your research prior to traveling with any type of self-defense or dangerous item. Failure to do so may result in fines or confiscation of said item. Check the TSA website and your specific airline’s website for more information.

Can You Bring Pepper Spray on a Plane? (Regulations By Airline!)

When traveling anywhere, you always want to be safe, especially…

Can You Bring A Lighter On A Plane? (TSA Rules & Regulations!)

Air travel can be a stressful experience, particularly for novice…

Colorado is home to gorgeous snowy mountains, dense forests, and…

Fiji is known as one of the best islands for…

50 BEST Places To Visit In March In The USA (Cities, Parks, & Beaches)

March is a great time of year to travel in…

Couples looking for a romantic weekend in Pennsylvania don’t have…

Whether you’re looking for an escape to nature or a…