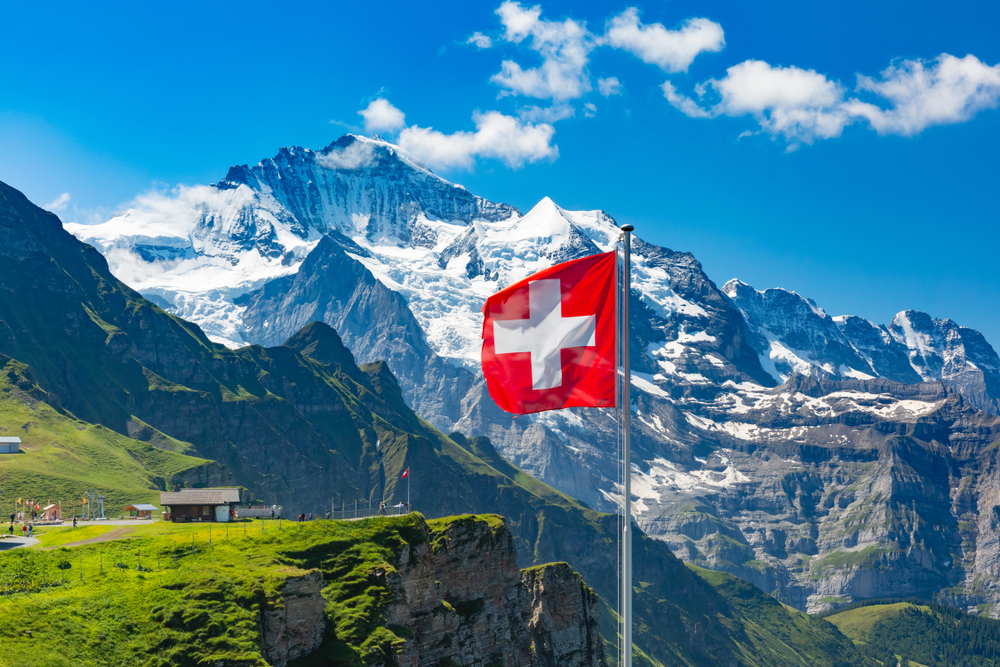 Switzerland is known across the world for its scenery, skiing, and unique resorts. There are up to 12 million tourists per year that visit Switzerland to experience the unique landscape with their own eyes. So, what is the best time to visit Switzerland?

The best time to visit Switzerland is October if you want to avoid crowds and get the best rates. Families can benefit from going to Switzerland in April when ski lodges and resorts are still open but uncrowded. May is the worst time to go to Switzerland because many resorts and businesses shut down until tourism picks back.

You can save hundreds or even thousands of dollars if you visit Switzerland in October or November. Ski season is the most crowded time in Switzerland which runs from November to mid-April. Follow along as we explore the best time to visit Switzerland and the best events to experience as a tourist.

When Should You Not go to Switzerland?

May is the worst time to go to Switzerland if you want to enjoy certain activities. You won’t likely be able to ski during the spring in Switzerland, and many attractions are closed. Some lodges and resorts in Switzerland only operate during peak skiing season which ends in mid to late April.

There is also plenty of rainfall throughout April and May which can prevent you from doing outdoor activities. Mid-April is preferable to May for most travelers because you can still enjoy the things that Switzerland is known for. You can still visit great restaurants, bars, and museums in May, but Switzerland is less open than it typically is.

However, this may be preferable to some travelers that don’t particularly care about skiing. The reduced capacity can make it easier to navigate Switzerland. Luckily, you can still see plenty of beautiful views in April as the spring is when Switzerland looks the most vibrant.

The cheapest time to visit Switzerland is October because of the low demand. October is outside of the peak tourism season in Switzerland when hotel rates and plane tickets are their most expensive. You can find flights to Switzerland for $430 or less throughout October.

That is a great deal for an international flight, and many flights have less than 2 stops. Book your flight up to 3 months before your trip to get the lowest price. Hotel rates are much cheaper in October as well, especially compared to peak tourist months like April and May. Hotel rooms start at $60 per night during October in Switzerland.

Even high-end hotel rooms are affordable in October and some cost as little as $160 per night. Costs vary based on the region and whether there is a special event like a conference going on at the time. Luckily, October is a laid-back time in Switzerland with fewer festivals and tourist-drawing events which keeps the cost low.

What Time of Year is the Best Weather in Switzerland?

January is the coldest month of the year, but that doesn’t mean it has the most snowfall. However, the World Snow Festival in January is a great event for tourists and locals. The International Hot Air Balloon Festival is another great event that you have to see to believe.

January is also a popular time for skiing and winter sports in Switzerland. Temperatures span between 30 and 38 degrees but can drop much lower in January.

February is the best time to visit Switzerland for snowfall. You can look forward to over 8” of snow in some parts of Switzerland such as Zurich during February. It can snow for up to 5 days in a row or more in February which creates beautiful sights.

Equestrian and snow sporting events like White Turf also occur in February. Temperatures fluctuate between 29 and 40 degrees throughout the month.

Temperatures begin to rise in March and you can expect highs in the low-50s. It is still cold and windy during March and temperatures can drop below 35 in some cases. Switzerland celebrates winter sports all month long between Allalin Race, Engadin Ski Marathon, and more.

The Winter Sports Festival is a great time to experience Swiss culture and sports. Republic Day is an important Swiss holiday on March 1st. March marks the end of winter in Switzerland.

You can expect temperatures between 43 and 60 degrees or higher in April. The temperature increase can make it more difficult to ski depending on where you visit. Snow can still fall in April, but it is much less common. They still play winter sports in April, such as the International Silvretta Schüler-Cup.

Tourists don’t flock to Switzerland in April as much as they do during peak ski season. This makes it one of the best times to find easy hotel bookings and enjoy some peace.

May: Best Time to be Outside

Temperatures stay between 49 and 67 degrees throughout May in Switzerland. The beautiful weather in May makes it the perfect time to visit Rhine Falls and Mount Pilatus. Visit Lake Lucerne and learn about its rich history of producing fine wine.

May is arguably the most beautiful time of spring to visit Switzerland because of the vibrant foliage and temperature. You won’t have to worry about crowds because they thin out when the ski season ends in April.

June is the best time to visit Switzerland for a honeymoon, and it’s a popular newlywed destination. The vibrant greenery and beautiful views as Switzerland transitions from spring to summer are picturesque. High temperatures can exceed 70 degrees and lows stay around 55 degrees.

Events like the Liste Art Fair let you get a peek into international art. The June Solstice is breathtaking when you see it from a hill or outlook in Switzerland.

July is the hottest month of the year in Switzerland. Tourists can enjoy temperatures between 60 and 76 degrees throughout the month. The Paléo Festival is the perfect chance to see how the locals like to party in celebrate in Switzerland.

Visit the Montreux Jazz Festival to hear great music and sample the local cuisine. Zurich Open Air rounds out July as the best time to see live music in Switzerland.

History is important to Swiss natives, and August is the perfect time to celebrate it. August 1st is the perfect example and residents celebrate Swiss National Day. This is a great chance for tourists to join in on the celebration with Swiss locals.

August isn’t as hot as July in Switzerland and temperatures rarely exceed 74 degrees.

September is a low-key time for tourists and locals alike in Switzerland. The weather begins to cool down and festivities are fewer and far between. However, there are still several events centered around food and agriculture.

The Grape Festival and Dorfmärit & Chilbi are great events for tourists. Temperatures stay between 52 degrees and 68 degrees during September.

The crowds thin out during October in Switzerland. You can easily get into popular hotels and restaurants throughout each Swiss region. The colors of fall begin to appear in the trees and the weather is comfortable. Temperatures fluctuate between 45 and 57 degrees.

Autumn Festival is the most fun event that you can experience in October. Celebrate the fall with great food, drinks, and Swiss traditions. Whiskey & More is a great event in Geneva that adult tourists will enjoy.

All Saints Day (November 1st) is a public holiday in Switzerland with celebrations in several regions. Tourists and locals alike can enjoy the Zurich JAZZNOJAZZ festival which celebrates jazz, blues, and funk. The cold weather officially returns during November as temperatures drop back down to 38-47 degrees.

December: Best Time To Go Out

December is the best time to go out in Switzerland because there is plenty to do with minimal crowding. Tourism picks back up throughout December, but the start of the month is usually void of travelers. Laugh all night at the Arosa Comedy Festival or cheer with the locals at the Spengler Cup.

It begins to snow more throughout December in Switzerland, particularly in regions like Lucerne. Snow can pile as high as 5” in December, or more depending on the region. This is a great time to experience the winter in Switzerland before it gets too crowded with tourists.

April is the best time to visit Switzerland with family. You won’t have a hard time finding a hotel room to accommodate a full family during April. The good weather during April opens the door to countless fun family activities from bus tours to gondola trips.

Generally, 5 days is long enough for a family to enjoy a trip to Switzerland in April. There are certainly crowds throughout April in Switzerland, but not compared to May-August. Cable car rides, museum visits, and a trip to the Zoo Basel are all great family activities in April.

Alpine playgrounds are popular destinations for families on an April Swiss vacation. The kids can enjoy the breathtaking beauty around them while the adults can know they are safe.

October-November is the best time to visit Switzerland to avoid crowds. Skiing is one of the main tourist draws in Switzerland, but that isn’t a factor during October and November. However, tourism can start to pick back up in late November depending on the weather in Switzerland.

Skiing season can begin as early as mid-November in some cases if the temperature stays low and it keeps snowing. This time is also right before Switzerland gets overly cold which is great news if you aren’t going there to ski. Switzerland doesn’t get too crowded during late May and early June, but early fall is more open.

May and June offer good hotel rates and flight costs, but there is less to do in Switzerland at the time. With that said, early spring is typically less crowded than the peak of winter or summer. Consider October-November if you want to avoid crowds, and May-June if you want a quiet trip with warmer weather.

Best Time to Hike in Switzerland

July and August are the best times to hike in Switzerland. The weather typically stays between 57 and 76 degrees making it the perfect time to be outside. Rain is common during July, but you can avoid it if you stay up to date on local forecasts.

Matterhorn, Mount Rigi Panorama Trail, and the Swiss Alps are the best places to hike in Switzerland. These iconic locations are open to tourists and locals alike. However, the Swiss Alps aren’t a great place to hike if you are inexperienced because the terrain can be difficult.

Vegetation reaches its peak during July and August in Switzerland. You won’t have a hard time finding fields rich with beans, watermelons, sunflowers, cucumbers, and pumpkins. All of the key hiking trails are open during July and August, so nothing will hold you back from enjoying nature.