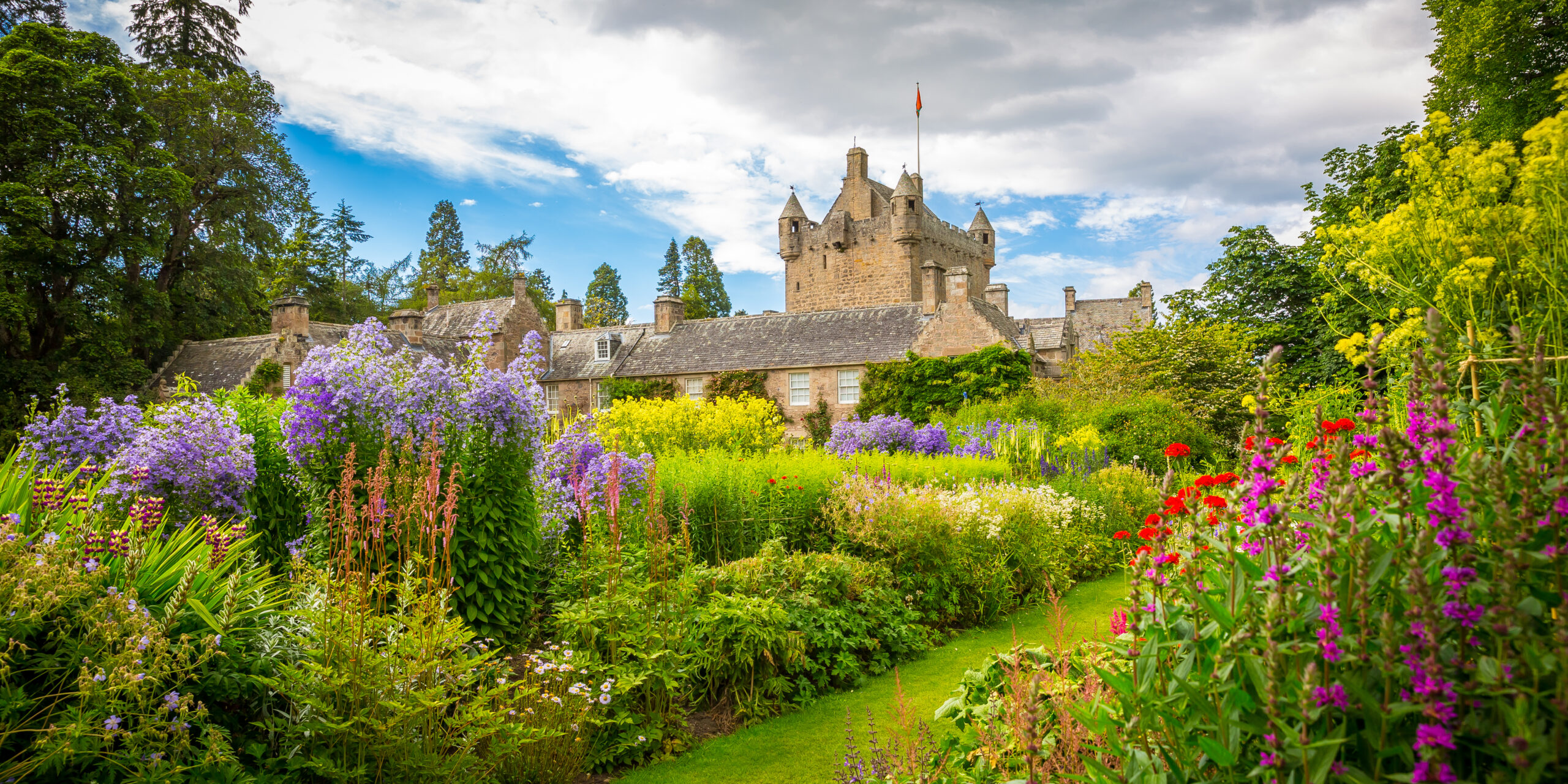 Scotland is known around the world for its unique food, traditions, views, and even legends. Whether it be kilts and bagpipes or the Loch Ness Monster, there are plenty of reasons to go to Scotland. So, what is the best time to visit Scotland?

When Should You Not go to Scotland?

The worst time to go to Scotland is between December and February. Winter can be beautiful in Scotland, but it’s also quite cold and there are fewer events to attend. It rarely gets warmer than 40 degrees from December to February in Scotland which can make outdoor activities unpleasant.

However, some tourists appreciate the lack of crowds during the winter in Scotland. Tourism peaks during the summer in Scotland and sharply drops off through the fall and winter. Even still, December-February is the worst time to go to Scotland if you want to get the full experience.

Cheapest Time to Travel to Scotland

November and December are the cheapest times to travel to Scotland because it isn’t a tourism season. Hotel rates and flights are typically cheaper when you visit Scotland in the early winter. International flights are never cheap, but discounted rates apply during times that aren’t as popular for tourists.

For example, you can find one-way tickets to Scotland for as little as $412 in November. A roundtrip ticket to Edinburgh, Scotland costs up to $2,400 or more in July. You can save the most money if get your ticket to Scotland 3 months before you visit in the winter for the best rate.

The best deal you can find on a hotel room when you go to Scotland in November is $52. Rates like that are hard to come across during the spring and fall unless you visit in early March.

What Time of Year is the Best Weather in Scotland

Tourism is down during January in Scotland which makes it a great time to visit. It stays cold throughout January in Scotland and temperatures rarely exceed 41 degrees Fahrenheit. Luckily, the cold weather doesn’t stop Scotland from hosting several fun events in January such as Celtic Connections.

The annual Irn Bru Carnival is a perfect event for families visiting Scotland and is jamp packed with vendors and fun rides. Adults can enjoy Come Gin With Us at the Dalziel Park Hotel, but make sure to wear warm clothes. Otherwise, you can visit Up Helly Aa and experience Scottish culture with locals.

February is often the coldest month in February, but that’s not enough to keep tourists away. It is a great time to visit Scotland because it’s right before tourism picks back up in March. Temperatures fluctuate between 33 and 40 degrees Fahrenheit during February in Scotland.

The Bute Gin Festival is a great event for adult tourists and locals alike in Rothesay, Scotland. Tourists can mingle with locals to celebrate Scottish culture at the Inverness Fiddler’s Rally. February is a great time for adults to visit Scotland because many of the events revolve around drinking.

Glasgow’s Whiskey Festival is a prime example of this and is the perfect destination for adults You can sample countless beers and delicious food during February Fest which runs throughout the month.

There is no shortage of things to do in Scotland during March because of the endless festivities. Everything from the Glasgow Comedy Festival to the Dog Lover Show attracts thousands of patrons in Scotland. Quiet events like the Scottish Golf Show are fun and festive but not quite as hectic.

It starts to warm up throughout the month in Scotland and temperatures can reach 55 degrees Fahrenheit. The weather stays consistent in March, and the average low temperature is 45 degrees. Rain is more common throughout March and the sky is often overcast.

April is the peak of spring in Scotland and the perfect 45-60 degree temperature span is comfortable. Flowers like Marsh Marigolds, Wood Anemones, and Dandelions bloom throughout April and provide gorgeous views.

Kiltwalk Glasgow is a charity event that celebrates a classic Scottish tradition and lets you experience the culture. Visit Bonfest if you want to hear some great live music and celebrate the iconic Bon Scott. Cities like Edinburgh are a great destination in March because of fun events like Tradfest.

May: Best Time To Experience The Culture

Scotland is beautiful in May and you can find colorful hills full of blooming flowers. The temperatures stay roughly the same as in April and 45-60 degrees is the standard. May is a rainy month for Scotland, especially in Northern Scotland where it can rain for up to 14 days.

Experience authentic Scottish culture at events like the Orkney Festival and the Perth Festival of the Arts. May is the best time to experience the culture between Mhor Festival, the Fife Show, and more.

The festivities don’t stop when you visit Scotland in June, and the weather is perfect. You can expect temperatures between 45 and 65 degrees throughout June in Scotland. This is perfect for outdoor events like the Midnight Walk and Eden Festival in June.

The Scottish Traditional Boat Festival is the perfect excuse to get outside by the water and enjoy the weather. You won’t typically need to worry about rain because it rarely rains more than 2” in June.

It never gets too hot in Scotland during the summer, and that applies to July as well. Temperatures rarely exceed 70 degrees during the day. The heat simmers down to 50 degrees on cool days and at night during July in Scotland.

Few events celebrate Scottish culture as well as the Hebridean Celtic Festival in July. Enjoy some local art and crafts at the Edinburgh Art Festival. Car enthusiasts and gear heads will appreciate the Scottish Festival of Motoring each July.

Edinburgh is the perfect Scottish destination in August because of the weather and special events. The Edinburgh International Film Festival presents films from Scotland and abroad. See unique art and performances at the Edinburgh Fringe Festival

The average temperature during August in Scotland is 66 degrees Fahrenheit. This is perfect weather for outdoor events like the Kiltwalk Dundee.

The comfortable weather and lack of midges make September an appealing time to visit Scotland. Midges are similar to mosquitoes and can be a nightmare to deal with in Scotland during the summer. Luckily, September is when midges largely go away and are less common.

September isn’t a popular time for tourists to visit Scotland which can help you avoid crowds. Temperatures generally range between 45 and 58 degrees throughout September.

October is a beautiful time to visit Scotland because of the gorgeous golden leaves all around. It is also the best time for hiking because of the great weather and beautiful views. The weather is cool which means you’ll need a jacket but it’s never cold like in Scotland from December to February.

Scotland sees highs of 53 degrees and lows of 40 degrees throughout October. Fun events like the Callander Jazz and Blues Festival or Ness Book Fest are fun October attractions.

November: Best Time To Visit In The Winter

November marks the shift towards colder weather in Scotland. Events like the Grand Snowflake Ball and Oban Winter Festival celebrate the season. Visit the Festival of Wine and sample wines from Scotland and beyond.

Temperatures fluctuate between 36 and 44 degrees Fahrenheit during November in Scotland. However, it can drop below the freezing point in November and it can snow.

Most of the best events throughout December in Scotland are centered around Christmas. Glasgow’s Christmas Festival and Edinburgh’s Christmas are extravagant displays of holiday spirit. The Glamis Castle Christmas Market is a chance to bring unique Scottish trinkets back home.

Everywhere from Perth to Edingburgh celebrates Christmas all month long. It stays between 32 and 39 degrees Fahrenheit during December, so don’t forget to bring a coat.

The best time to visit Scotland with family is between March and September. Both the spring and summer are beautiful times to be in Scotland. The temperature stays mild in Scotland even during the summer which makes it a great time to be outside.

March, April, and May are great times to visit with family because of the natural beauty all around. The spring is quite colorful in Scotland and fun outdoor activities open up. It can get crowded with tourists during the summer in Scotland, but the fun festivals and events make it worthwhile.

The cool weather can easily deter travelers from visiting from September to November. That doesn’t need to deter you if you want to avoid crowds, however. Spring is the calm before the storm of tourism in Scotland before everyone visits in the summer.

Anytime between June and August is beautiful in the Scottish Highlands. Destinations like Loch Ness, Ben Nevis, and the Isle of Skye are all part of the Highlands. This mountainous region in Scotland is home to some of the best views in the country.

There are over 10,000 square miles of beautiful land to explore in the Scottish Highlands. You won’t get as full of an experience if you visit the Highlands during the winter when it’s less vibrant and colorful. With that said, it is a unique region that is home to many of Scotland’s most iconic locations and traditions.