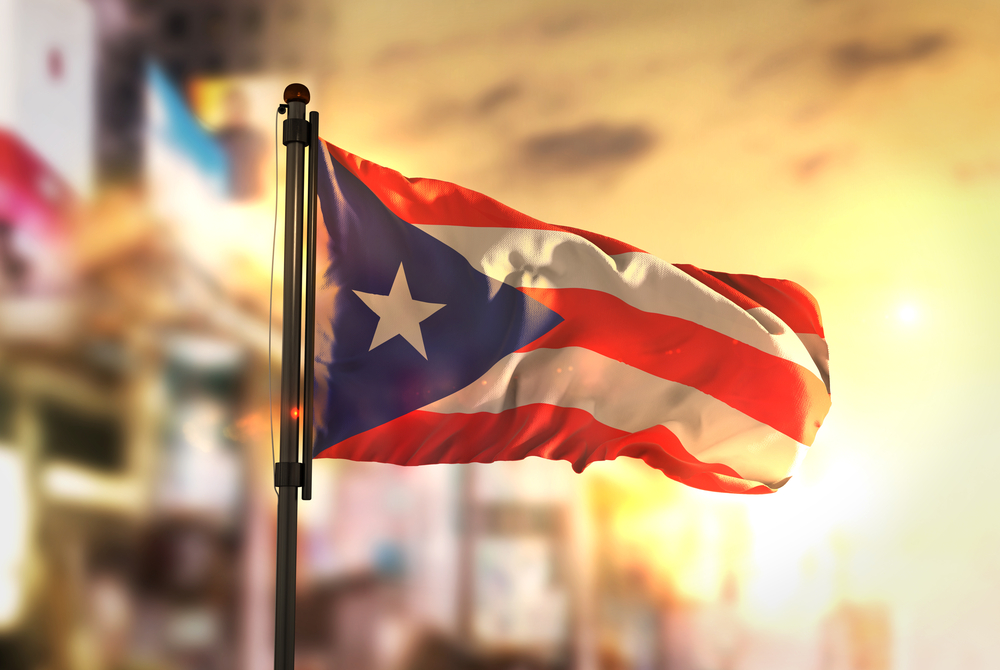 Puerto Rico is a gorgeous escape that is rich in culture, cuisine, and views. A popular destination for U.S. and international travelers alike, Puerto Rico receives tourists year-round. So, when is the best time to visit Puerto Rico?

Early June is the best time to visit Puerto Rico because it is before the large summer crowds arrive. You can avoid crowds and save money if you go to Puerto Rico in October and November. Spring is beautiful in Puerto Rico, but March-May is crowded and brings in hundreds of thousands of tourists.

The weather consistently stays in the 70s and 80s throughout most of the year in Puerto Rico. That is largely why tourism stays steady year-round with dips and peaks. Follow along as we explore the key events, weather, and best time to visit Puerto Rico.

When Should You Not go to Puerto Rico?

The worst time to go to Puerto Rico is March because of how crowded it gets. Puerto Rico recently attracted 160,757 tourists in March alone which can complicate your travel plans. The main appeal of March in Puerto Rico is all of the festivals, events, and tourist attractions.

Events like Taste of Rum and Festival Casals are plenty of fun, but they can be tricky to navigate. The influx of tourists during March has a lot to do with the great weather as well. With that said, the beautiful water is an incentive to visit Puerto Rico, and crowds can put a damper on that.

Finding a good spot at the pool or beach can be difficult as is when it isn’t crowded. March-May is one of the busiest times in Puerto Rico, and it can be worthwhile to wait to visit until June. 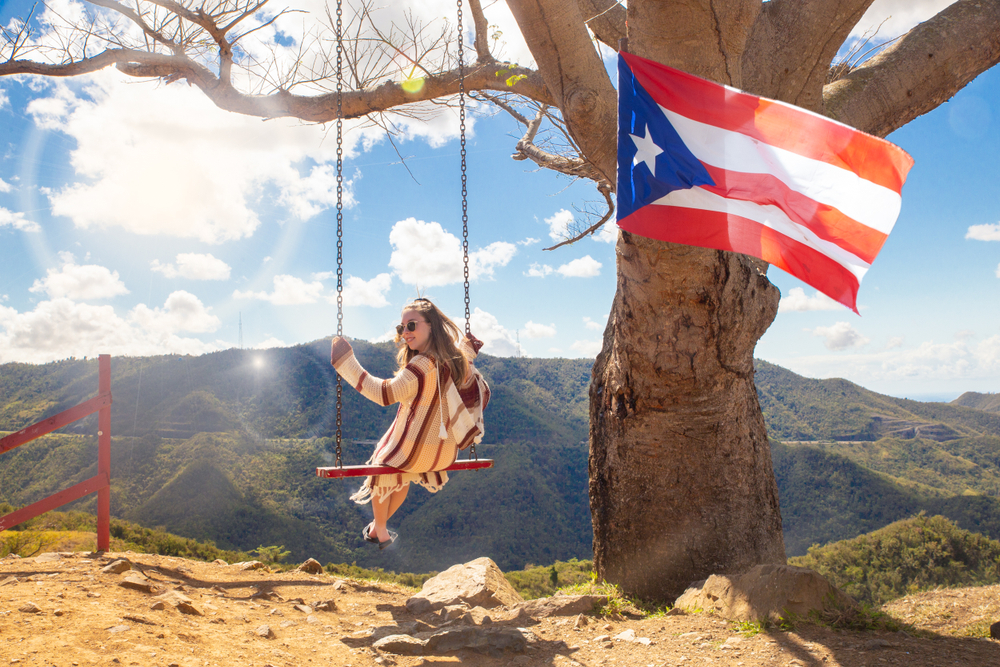 October is the cheapest time to visit Puerto Rico because hotel rates and flights are cheap. The height of the vacation season in Puerto Rico ends in the fall which can drastically lower prices. You can book a hotel room in Puerto Rico for $70 per night or less during October.

To put that in perspective, it often costs between $140 and $250 to book a hotel room in Puerto Rico during July. Flights to Puerto Rico can be expensive, but a roundtrip ticket in October costs as little as $260 depending on the airline. Spirit Airlines offers some of the cheapest flights to Puerto Rico year-round, and that especially rings true in October.

You can maximize your flight savings in October if you buy your ticket to Puerto Rico as early as September. Airlines typically offer the best rates when you purchase your tickets 3 months in advance of the flight.

What Time of the Year is the Best Weather in Puerto Rico?

The weather is perfect throughout January, and that is the main appeal to millions of tourists. January temperatures hover between 70 and 85 degrees in Puerto Rico with low precipitation. Prepare for crowds as the combination of warm weather and popular island-wide celebrations bring out countless people.

San Juan hosts the San Sebastian Street Festival which gives you a taste of the local culture and cuisine. Kings Day is among the most popular celebrations in Puerto Rico and occurs each year on January 6th.

There is no shortage of fun events during February in Puerto Rico, such as the Coffee Harvest Festival. One of the most exciting February events is the Carnaval Dep Ponce (Ponce Carnival) which features an elaborate street display. Runners will rejoice to know that you can participate in the San Blas Half Marathon which is open to anyone.

Temperatures start to warm up towards the end of February where highs can even reach the mid-90s in extreme cases. Otherwise, the average temperature in February is 77 degrees with a low chance for rain throughout the month. 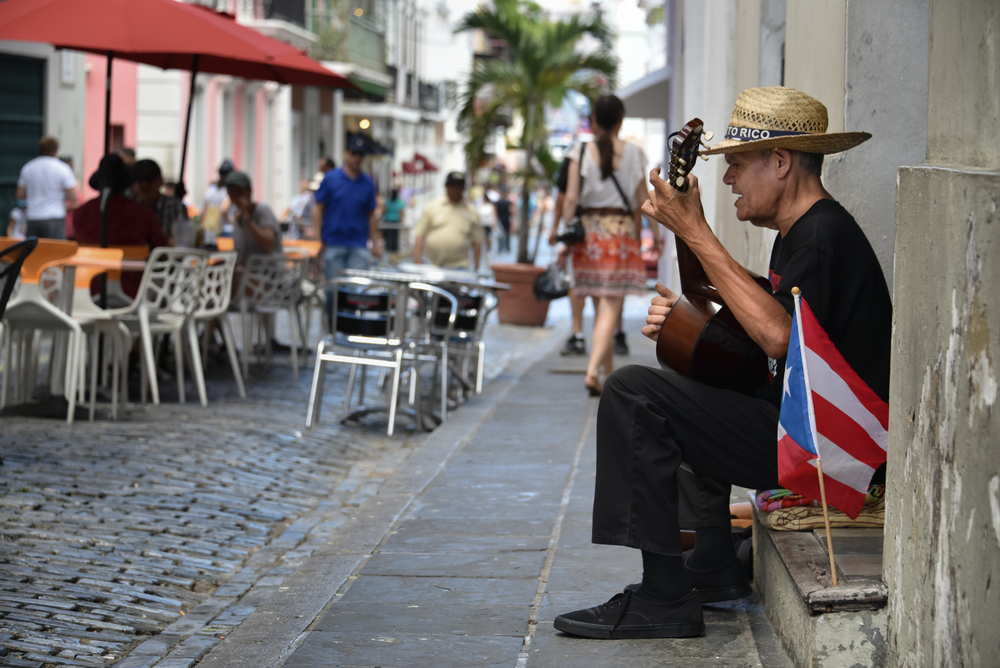 March is widely considered one of the best times to visit Puerto Rico because of the weather. Lows in the 70s and highs in the mid-80s give way to great events like Carnaval Brujo. Adults can enjoy the great weather with a cocktail during the unforgettable Taste of Rum.

Puerto Rico’s Emancipation Day is on March 22nd and represents an important part of history.

April: Best Time to be Outside

April signifies the start of spring in Puerto Rico, and it is one of the peak months for tourism. National Park Week is just as popular in Puerto Rico as it is in the U.S., and it begins on April 16th. Outdoor events like San Juan al Aire Libre let tourists enjoy the average 73-85 degree temperature span.

May: Best Time For Seafood

Don’t forget to stop by the Festival Del Chapín to sample some of the best seafood on the island. Anyone can appreciate the Festival of Orchids as it shows the beauty of the orchids that grow in Puerto Rico. Temperatures approach and often exceed 90 degrees during May, so be sure to stay hydrated if you attend Mojito Fest.

The Festival Tierra Adentro in May is a great chance to experience local cuisine and crafts. 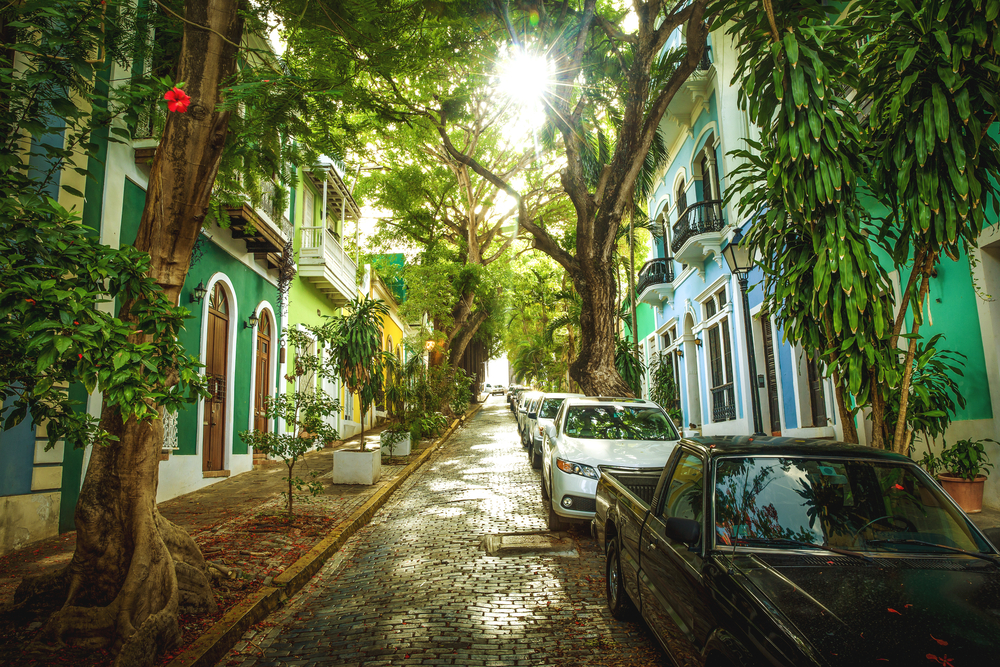 Temperatures fluctuate between 76 and 90 degrees during June in Puerto Rico. Festivities like Carnaval San Juan Bautista and Festival de Diplo are authentic and important to locals. Puerto Rico gets crowded with tourists in June, but it’s ironically the best time to experience the local culture.

Family events like El Picnic Festival appeal to tourists and locals in Puerto Rico. There are still plenty of festivities for adults in July, such as the Piña Colada Festival. Temperatures mostly stay within the mid-80s throughout July, but highs can exceed 95 degrees.

August is full of popular events for the locals in Puerto Rico, such as Goat Festival, which tourists can easily enjoy. Most of the events in Puerto Rico during August are based on Catholicism surrounding patron saints. August is a great time to get in the water as low temperatures rarely dip below 76 and highs reach 97 degrees. 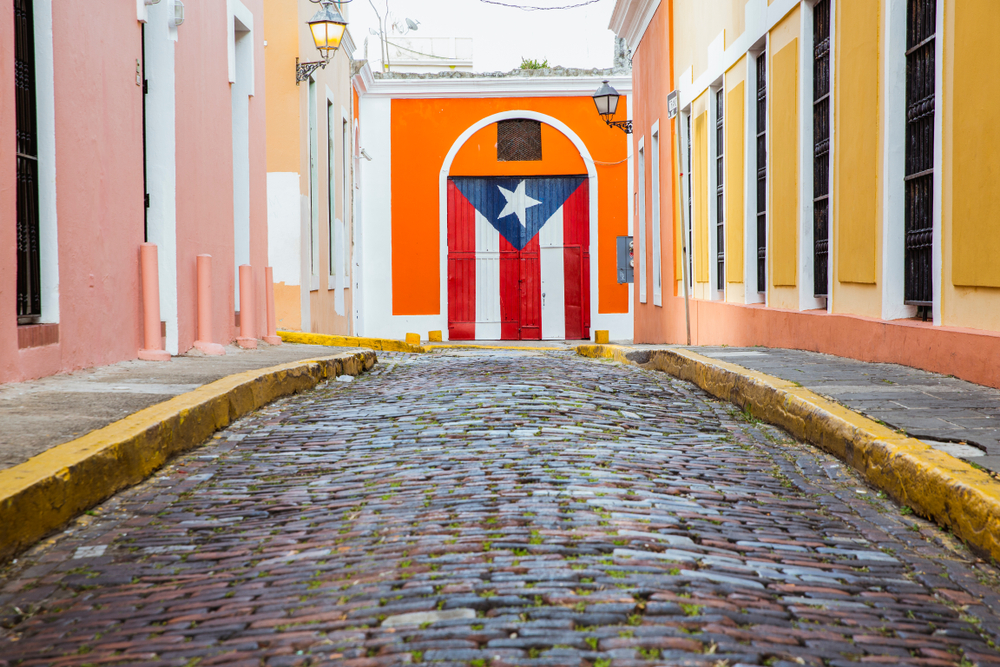 October is a great time to avoid crowds in Puerto Rico and enjoy local events. Visit the Festival Nacional del Platano if you want to experience local music, food, and crafts. Rain is common throughout October in Puerto Rico, but temperatures rarely dip below 75 degrees.

November is a significant month in Puerto Rico as the 19th is Discovery Day. Puerto Rico celebrates this historical day with a parade and fairs throughout the island. You can learn more about the history of Puerto Rico in November, or simply celebrate local trades such as fishing during Festival del Ceti.

The weather maintains a comfortable 72-86 degree temperature range during November.

December is just as much about Christmas as it is celebrating local crafts in Puerto Rico. Festival del Pelate is yet another example of how Puerto Rico continually celebrates its local trades. The humidity drops throughout December in Puerto Rico and temperatures fluctuate between 70 and 84 degrees. 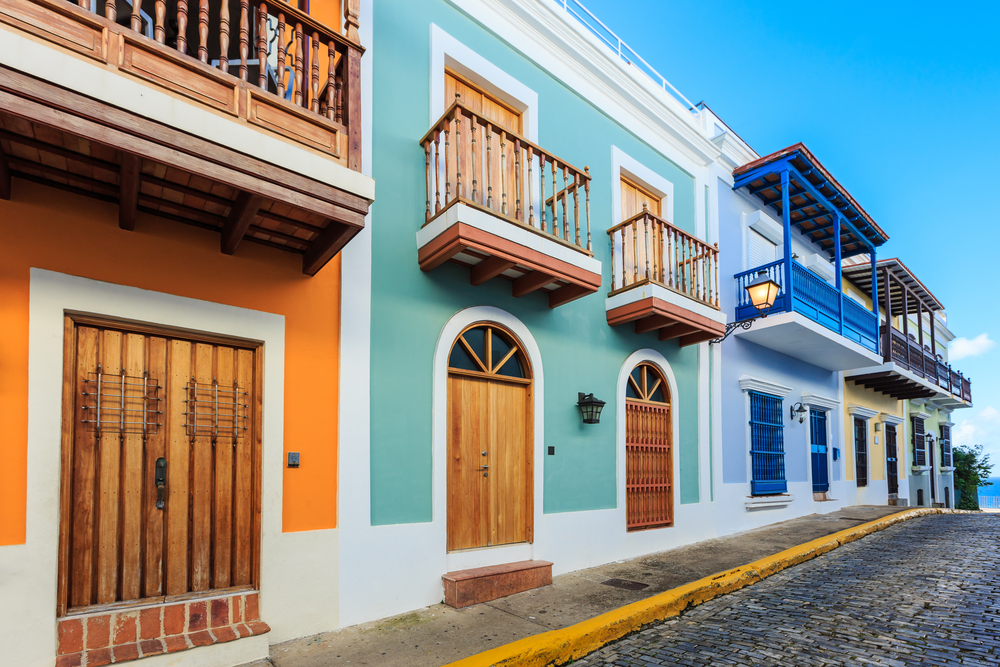 June is the best time to visit Puerto Rico with family. The heat isn’t too extreme in June and the island isn’t too crowded yet. Temperatures stay within the mid-80s so you can easily enjoy countless outdoor activities with your family.

Festivals and carnivals run throughout the island in June, but there’s often enough to do near your hotel. You won’t run out of things to do with your family whether it be hang-gliding, parasailing, or spending time in the water. Visit the southern shores to see the Caribbean Sea with your family as it will feel perfect in June.

With that said, the best time to visit Puerto Rico with family and save money is in October. It may not be as exciting of a time as spring in Puerto Rico, but the rates are generally more affordable.

October-November is the best time to visit Puerto Rico to avoid crowds. Tourism from the mainland United States dies down during this time. October and November are right before most places get too cold which is when many tourists flock to Puerto Rico.

You can experience the calm before the tourism storm in Puerto Rico in either month. The low flight costs and hotel rates from October to November are a bonus. Public festivities aren’t as frequent in October and November as they are in the spring and summer.

This can make it much easier to navigate the streets and avoid crowds at a restaurant or hotel. You can still experience warm weather that can reach 85 degrees or higher in some cases.

Be Careful of Hurricane Season in Puerto Rico

Puerto Rico is vulnerable to devastating hurricanes, and it is something to consider before you visit. Hurricane season in Puerto Rico is June 1st-November 30th and the most recent example was in 2017. Hurricane Maria caused thousands of deaths and destroyed homes all over the island.

Wind speeds exceeded 100 miles per hour and the flooding was severe. The combination of raging waves, floodwater, and powerful wind is why you should always keep hurricane season in mind. A hurricane hasn’t hit Puerto Rico in nearly 5 years, but there is always a possibility.

Pay attention to weather advisories before you plan your visit to Puerto Rico. Professionals can track hurricanes and tell you the possibility, but they are difficult to predict.