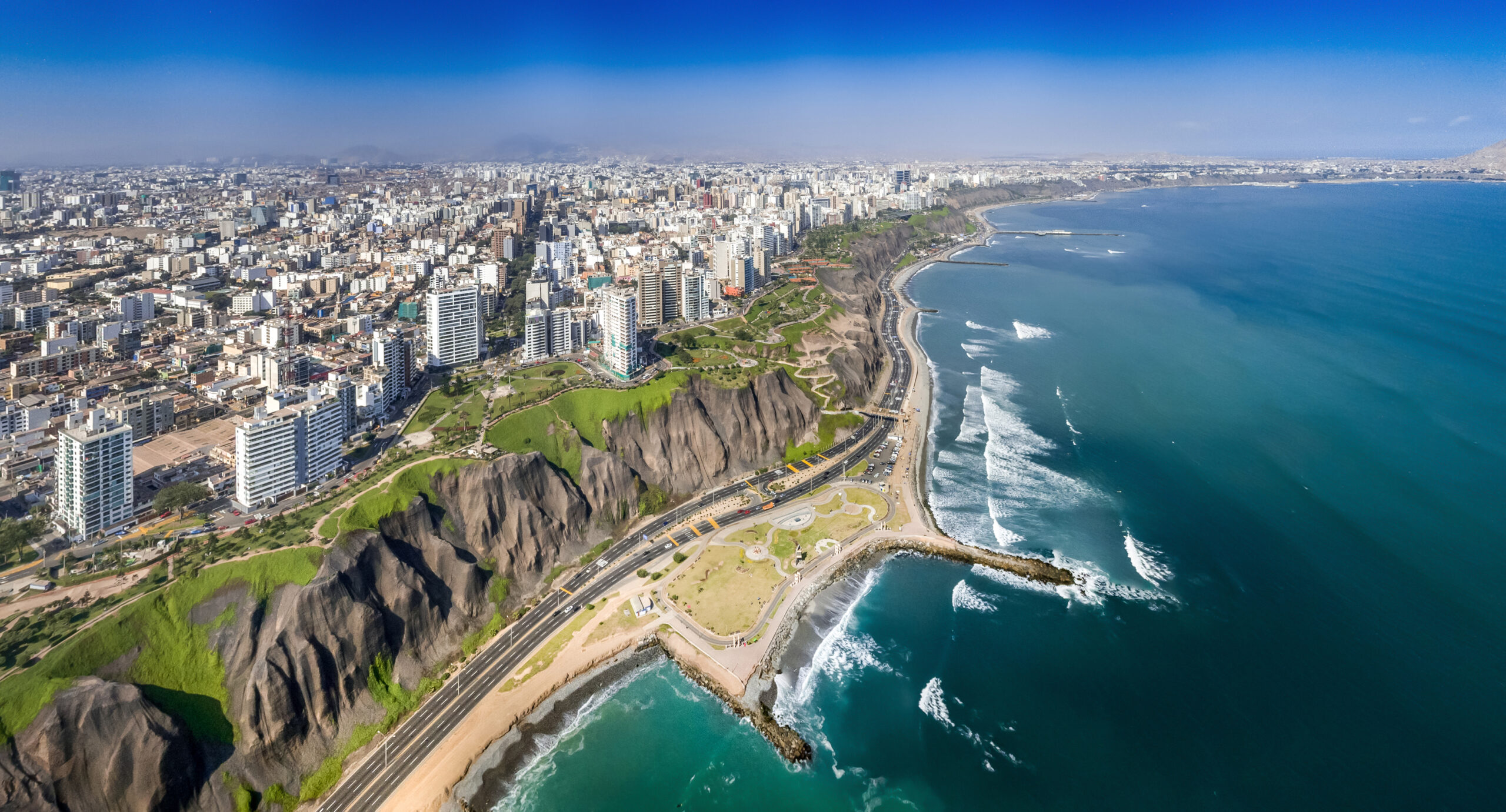 If you’re planning a vacation and not sure where to go, Peru is one of the most traveled countries that have cultural traditions and natural reserves.

Travelers love adding South America to their list with countries offering a variety of things to do. Each month and season has its unique benefits, including festivals, that will make this a trip to remember!

The best time to travel to Peru is between May and October. This is the dry season which makes planning vacation activities a lot easier since you won’t need to worry about the weather. You’ll have plenty of sunny days, but you’ll need to book in advance if you want a great deal since it’s peak season.

Whether you’re traveling to experience the warm weather, festivals, or natural elements, there’s a lot to explore! Peru is sure to make it a trip you’ll never forget. Follow along as we explore the best time to visit Peru.

Worst Time To Travel To Peru

When traveling to Peru, you’ll want to take into consideration the current season and climate conditions. The worst time to travel to Peru is between December and March because of the amount of rainfall.

You may still visit during these months, but you’ll want to pack accordingly with items such as rain boots and other rain gear.

Another worst time to visit Peru is during Public holidays. Around July 28th, Peruvians travel in large amounts for one of their most popular holidays, the national holiday Fiestas Patrias.

Apart from our standard holidays, Peru celebrates Three Kings Day in January, Labour Day in May, and the Battle of Angamos in October.

Deciding on when you wish to visit Peru comes down to which season you want to travel during. Whether you decide to travel during the wet season or dry season, both have accommodating activities that are available.

We recommend waiting until the dry season so you can have the full outdoor experience.

When Is The Cheapest Time To Go To Peru?

The cheapest time to go to Peru is during February, typically on a Wednesday. Wednesdays I’m February offer the cheapest flights as low as $104. Even with flights being at their lowest, you’ll want to make sure you book in advance to get the best rates.

What Time Of Year Is The Best Weather In Peru?

When planning your vacation to Peru, you’ll want to go when the weather is permitting and deals are at their lowest. Below, we discuss the weather by month so that you can choose the best time to visit for you and your family.

Temperatures average 77 degrees during January in Peru. The average humidity stays around 78% and it rains for about four days out of the month. This is another warm summer month in Peru and is great for travel.

January is a part of the rainy season in Peru so you’ll want to pack your rain boots,  raincoat or poncho, and an umbrella.

During this month, Peruvians also celebrate the Trujillo Marinera Festival. This festival features dance competitions, parades, and other exhibitions.

The average temperature is 78 degrees during February in Peru. It experiences essentially constant cloud cover for about 79% of the time with the clearest day being on February 3rd.

During this month, Peruvians have the largest festival in Peru, The Fiesta de la Candelaria. At this festival, you’ll learn Peruvian words as music and dance are the main attractions at this event.

Temperatures average 70 degrees during March in Peru. The average humidity stays around 76% around this time. As for rainfall, you can expect it to rain for around six days out of the month. Since March is still during Peru’s rainy season, you’ll need to pack lightweight clothing and your rain essentials.

During this month, Peruvians have their Wine Festival. This festival has been a tradition in their region since the 1950s when a queen is chosen to stomp on grapes of the wine harvest season.

Temperatures average 68 degrees during April in Peru. The average humidity stays around 77% around this time. As for rainfall, April is the last month that it rains, raining for about two days out of the month.

Since April is considered the last month of the rainy season, you’ll still want to bring lightweight clothes and your rain attire.

During this month, Peruvians celebrate Semana Santa, the Holy Week, which is the week before Easter. Every day until Easter, there are parades in the streets along with music and dancing.

Temperatures average 73 degrees during May in Peru. The average humidity stays around 78% during this time. As for rainfall, May is the first month where you’ll see little to no rainfall since Peru is entering its next season.

Since Peru is out of its rainy season, you’ll want to pack pants, t-shirts, shorts, sandals, a good pair of sneakers, and a lightweight jacket or sweater just in case it gets chilly.

During this month, Peruvians have the Fiesta de la Cruces. This festival is celebrated in towns and cities throughout Peru and includes music and dancing.

Temperatures average 77 degrees during June in Peru. The average humidity stays around 78 percent during this time. As for rainfall, it rains for about two days out of the month with quite pleasant temperatures.

If you’re planning to travel during June, you’ll want to bring a waterproof jacket as the mornings and evenings can become chilly.

During this month, Peruvians have the Inti Raymi Festival. Inti Raymi is an Inca festival filled with traditions that thank the sun for what it provides.

Temperatures average 68 degrees during July in Peru. July has one of the muggiest times of the year with humidity being at 75 percent. As for rainfall, July is in the dry season in Peru so you should have clear skies for traveling.

If you’re planning to travel during July, you’ll want to pack a jacket, pants, long shirts, a hat, and a comfortable pair of shoes if you plan on hiking.

During this month, Peruvians celebrate La Virgen del Carmen. This festival is celebrated on July 16th and invoices a parade through town.

Temperatures average 68 degrees during August in Peru. In August, the average humidity is 75%. As for rainfall, this month experiences very little to no rainfall.

If you’re planning to travel during August, you’ll want to pack a lightweight jacket, hat, sunglasses, and a comfortable pair of shoes or boots.

During this month, Peruvians celebrate the Feast of Santa Rosa de Lima. This celebration takes place on August 30th and has the grandest of activities for locals and tourists to participate in.

Temperatures average 69 degrees during September in Peru. The end of September is the start of Spring in Peru and has dry conditions. September experiences almost zero muggy days and very little rainfall.

If you’re planning to travel during September, you’ll want to pack a jacket, comfortable shoes or boots, long sleeves, and pants to avoid bug bites.

During this month, Peruvians have their International Spring Festival. This celebration is held in the city of Trujillo where the homes and streets are decorated for the spring.

Temperatures average 60 degrees during October in Peru. October experiences rapidly increasing cloud cover with the clearest day being October 1st. Rainfall during this time is little to none as this is still a part of the dry season.

If you’re traveling during October, you’ll want to pack plenty of lightweight layers so you can add or remove them as weather permits.

This month, Peruvians have the Great Amazon River Raft Race. This race is the longest raft race in the Guinness book of world records.

Temperatures average 62 degrees during November in Peru. The month of November experiences mostly clouds covering around 69% of the time. As for rainfall, the entire month sees around twelve days of rain, with the nighttime temperature being warmer than the peak season months.

If you’re planning to travel in November, you’ll want to pack loose-fitting clothing that you can adjust throughout the day.

This month, Peruvians celebrate Punto Week. Punto Week starts on November 5th and is a week-long celebration that involves costumes and street dancing.

Temperatures average 65 degrees during December in Peru. The month of December experiences mostly cloudy skies for around 72%. As for rainfall, this month sees around sixteen days of rainfall.

If you’re planning to travel during December, you’ll want to pack clothing in layers to deal with temperature changes.

During this month, Peruvians celebrate several holidays and even New Years Eve. From Fiestas to Christmas Day, it’s a month filled with celebrations!

What Is The Best Time To Visit Peru With Family?

Have you been thinking about wanting to travel to Peru, but are hesitant to bring the kids along? Not only is traveling to Peru with family possible but there are many activities and adventures you can take. The best time to visit Peru with family is from May to September.

When Is The Best Time To Avoid Crowds In Peru?

Peru is one of the most popular adventure designations that are appealing to people of all ages. If you want to avoid crowds, you’ll want to avoid traveling during the dry season.

During this time, you’ll see an increase in crowds, especially in places like Cusco, Machu Picchu, and the Inca trail which are popular sites.

If avoiding crowds is the most important factor to you, you’ll also want to avoid traveling to Peru during the holidays, around December and January. Peru sees an influx in travelers which leads to crowded hotels, restaurants, and tours.

Best Time To Hike In Peru

Peru is a destination where you can travel year-round, but the most popular time for hiking is between May and September.

When Is The Best Time To Enter Machu Picchu?

Machu Picchu is one of the most visited tourist sites. It attracts more than a million visitors every year and is well worth the visit when the weather is nice.

The Best time to visit Machu Picchu is before and after the rainy season. These months are late March, April, May, September, October, and early November.

For the dry season, you can visit in June, July, and August, but you’ll have to plan your visit around an increase in crowds.