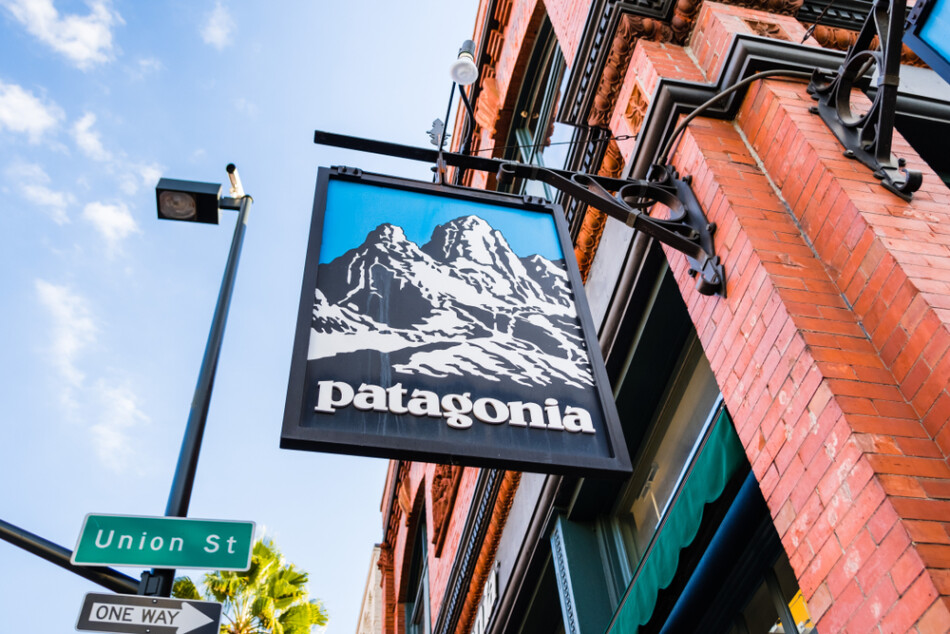 “El que se apura en la Patagonia, pierde el tiempo” is a local saying in Patagonia; it translates to “he who rushes in Patagonia, loses time.” Many have seen pictures on calendars and computer wallpapers, but did you know more than 200,000 people travel to Patagonia each year? This approximately 400,000 square-mile wilderness and ranchland stretches across the southernmost region of South America.

While December through February have the best temperatures, there are other great times of the year to be an official explorer of Patagonia. The shoulder season months provide the perfect opportunity to witness the beauty of the area without as many other people.

With some awareness and preparation, you can be hiking the most pristine and sought-after hiking trails in the world. Then after an unforgettable hike, you can sit around the fire and learn about all of the rich local legends.

When Should You Not Go to Patagonia?

Rain and wind are fairly unpredictable from hour to hour. Some people are able to experience all four seasons in one day! No matter which time of year you visit Patagonia, make sure you bring clothing for all types of weather.

You may want to stay away in the months of September, October, April, and May if visiting local bars, restaurants, and hotels. The towns seem to hibernate outside of the Austral summer months.

If you are traveling to Patagonia to camp and are more self-reliant, this shouldn’t be a problem with the proper planning.

Even though you may not have access to all of the local business in the shoulder months, these are the best times to see the most popular landmarks. The times outside summer can provide excellent opportunities to enjoy the views with little influence from others.

The average cost of a 7-day trip to Patagonia for a couple is $1400. This may vary drastically depending on your plans. If you are interested in camping and backpacking, you can absolutely save money by not staying in hotels or eating out as often.

The cheapest time to travel to Patagonia is mid to late August. August is the close of the Austral winter and gives an opportunity to save a few hundred dollars, at least, if you know what to expect and plan accordingly.

What is the Best Time to Visit Patagonia?

Pinpointing the right time to visit Patagonia can be overwhelming when you look at such a large area with endless outdoor opportunities.

December through February provides the best weather conditions, though they are sometimes unpredictable. Let’s break down the year and see what time works best for you.

Please keep in mind just how large of an area Patagonia is. Different parts of the region will have different weather conditions at one time.

The Torres Del Paine National Park temperatures will be used as reference throughout the article, but temperatures may vary.

anuary is the middle of Patagonia’s peak tourism season due to the beautiful temperatures. Expect some rain as storms may pop up with little notice.

If you are looking to enjoy a multi-day backpacking or camping trip, January provides some of the best weather all year. If you are in Chilean Patagonia, it’s the perfect time to explore the pristine trails through the Torres Del Paine National Park.

The rolling forest, glistening water, and silver mountains show off abundant wildlife giving anyone who sees a new perspective on nature.

The coast of Argentinian Patagonia will be warmer with an average high of 81℉(27℃) and average low of 67℉(19.4℃). Strong wind gusts of up to 74mph are still possible at times. February is the last month of the peak tourist season.

Chilean Patagonia’s Tierra Del Fuego or “Land of Fire”, named by Ferdinand Magellan, is stunning in February. The Islands and glaciers will leave you speechless.

The temperatures near Torres Del Paine National Park in Patagonia are starting to fall in March. The average high is 62℉(16.7℃) and the average low is 36℉(2℃).

The total amount of rain remains low but the weather is still unpredictable and you should be prepared for all four seasons.

The costs to travel to Patagonia in March will start to go down as the area transitions from their peak season to shoulder season.

March is a beautiful time to hike the “W” Trek in Torres Del Paine National Park or check out the penguins of Isla Magdelena.

April: Best Time to Save Money

Patagonia’s autumn is in full force as the color bursts from the trees and temperatures continue to fall. The average high near Torres Del Paine National Park is 56℉(13.3℃) and the average low is 38℉(3.3℃).

If you’re alright with the cooler temperatures, April weather across Patagonia is still great for outdoor adventures.

April is the close of the shoulder season making it the best time to take advantage of the lower-than-normal prices.

You can find deals on flights, hotels and hostels, tour guides, and all inclusive travel packages. After April, some accommodations will begin to close and Austral winter sets in.

May: Best Time to Avoid Crowds

Temperatures in Patagonia drop as winter approaches. The average high near Torres Del Paine National Park in May is 48℉(8.9℃) and the average low is 33℉(.5℃). The rainfall will slowly increase, but keep in mind the further south you go, the crazier the weather will be.

Prices will be at their lowest before ski season picks up in the winter. There is certainly an opportunity to save money by visiting in May but make sure to book ahead!

Some towns begin to hibernate around this time so it’s best to have everything sorted prior to your trip.

The average high in June near Torres Del Paine National Park is 39℉(3.9℃) and the average low is 31℉(-.5℃). You should plan for rain and snow as the weather could be unpredictable. June also has the shortest days of the year, limiting exploration time.

Hikers and campers may want to sit out in June, but snow-sport lovers will be hitting some of the southernmost slopes in the world. The ski resorts in Argentina and Chile are just about the only busy part of Patagonia this time of year.

July: Best Time to be the Only Tourist

July is the worst month in Patagonia in terms of weather. International tourists are slim-to-none and many of the towns’ accommodations have closed for the winter.

July is still a great time for downhill and cross-country skiers. The slopes are in full swing but the remainder of Patagonia will seem desolate. If you are looking to soak in the beautiful nature Patagonia has to offer, July will not be the best time for you.

The average high near Torres Del Paine National Park for August is 41℉(5℃) and the average low is 31℉(-.5℃). August is the last month of the Austral winter.

It still isn’t great weather for outdoor activities like hiking and camping, but you may find a good deal at a ski resort.

Crowds at the ski slopes begin to dwindle as kids start going back to school. This may be your perfect opportunity to swoop in for some discounted skiing and snowboarding.

If that doesn’t interest you, areas like Torres Del Paine and Los Glaciares are still accessible with a proper amount of planning.

The average high near Torres Del Paine National Park is 50℉(10℃) and the average low is 34℉(1℃). The weather in Patagonia begins its upswing as we transition out of winter. Towns begin opening up their hotels and restaurants in preparation for the coming tourists.

If you don’t mind the tailend of the winter, you should be able to enjoy the outdoors better now than the last few months. Trails won’t be nearly as populated if you’d like some extra space while adventuring.

October: Best Bang for Your Buck

Temperatures in northern Patagonia will begin to feel like spring sooner than the south. Longer days and less rain means hiking and camping are back on.

October is one of the best shoulder season months. There is a nice balance of improving weather and discounted travel costs. Escape to the Andes mountain range and explore the best hiking and biking trails South America has to offer.

The average high near the Torres Del Paine National Park is 63℉(17.2℃) and the average low is 42℉(5.5℃). There will still be some rain but that will depend on the microclimate you are in within Patagonia.

November is a favorite month for many adventurers. The weather continues to improve and the days are going on 15 hours long! Wildflowers cover much of the area giving the best views during your hike on Mt. Fitz Roy.

The average high near Torres Del Paine National Park is 65℉(18.3℃) and the average low is 45℉(7.2℃). December is the start of peak tourist season as a result of the weather. It is beautiful but you will still have to prepare for rain and cold temperatures.

Patagonia is in full swing in December. Prices will be at their highest for the year but the views easily justify the cost. Take advantage of the long days and explore some of the channels, islands, and fjords that Patagonia has to offer.

Argentina is an extremely popular vacation destination attracting over 7-million…

Ohio is defined by its major cities and the cultural…

Have you been wanting to plan a trip to Colorado,…

Panama is located in Central America and is a popular…

Pristine coastlines, turquoise seas, and a laid-back attitude all define…

When planning your next cabin getaway, you should consider planning…