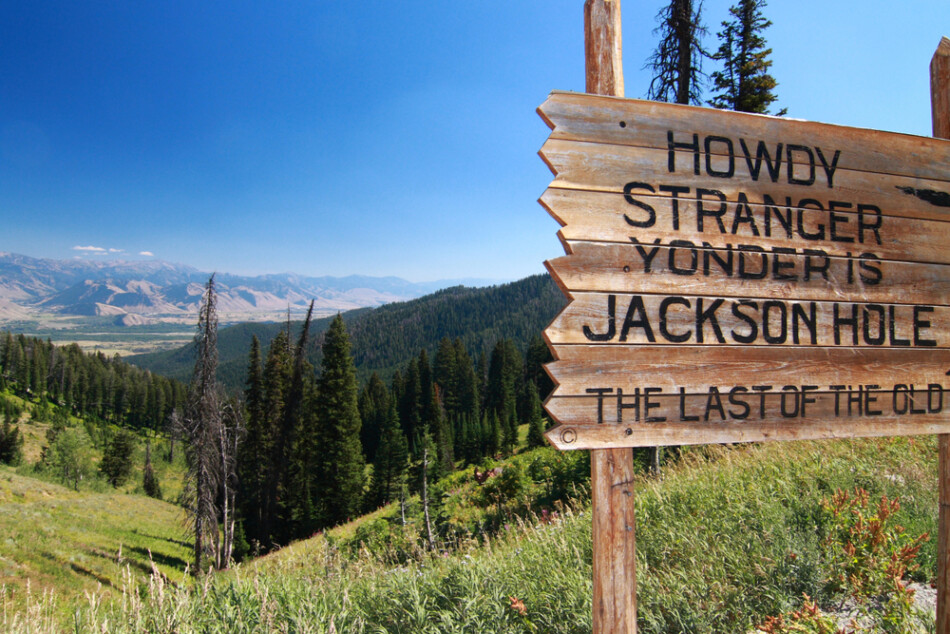 The best time to visit Jackson Hole is between April and June when the temperatures average about 70 F and travel costs are reasonable. Visiting in the peak season from July to August is also popular for attending events like the Jackson Hole Hootenanny and Farmer’s Market. Spring and Fall over up to 50% on lodging as well.

When Not to Visit Jackson Hole

March and April are the least popular months to visit Jackson Hole. The spring is a shoulder season as the daily highs begin creeping upward. Weather conditions can quickly switch between warmer temperatures and snow.

The winter months between November and February are known for incredible skiing and other snow sports. Yellowstone National Park will be in its off season and, though it’s open 365 days per year, road closures may occur.

Spring and fall are the best times to save as much as 50% on lodging. Temperatures peak in the 50s during the day and dip into the 20s at night. Some road closures are possible as the weather transitions from snowy winter to lively summer.

After the summer has settled, prices will decrease beginning in October and will remain low for the month of November. You’ll find low prices again from late March to mid-May.

The average high in January is 28℉ and the average low is 5℉. There are an average of eight days with precipitation throughout the month. The total average snowfall in January is 12.6 inches per week.

Back in town, the Jackson Hole Hootenanny is every Monday night at 6:00pm. The iconic celebration takes place in the Silver Dollar Showroom at the Wort Hotel.

The average high in February is 33℉ and the average low is 9℉. There are an average of six days with snow throughout the month. The total average snowfall in February is 15.4 inches per week.

February is primetime for skiers and snowboarders. The most popular resort, Jackson Hole Mountain Resort, sees more than 700,000 visitors in a winter season. Book lodging and travel at least six months prior to your visit.

Jackson is in the perfect setting for star-gazing. Wyoming Stargazing offers free public events that require no reservations. Astronomy educators share their telescopes and help you get to know the planets and stars.

Related Read: 50 Most Beautiful Places in the US

The average high in March is 42℉ and the average low is 18℉. There are an average of five days with snow throughout the month. The total average snowfall in March is 11 inches per week.

Just south of Jackson Hole are the Granite Hot Springs. In March, the springs are only accessible via snowmobile, skis, or snowshoes. But the waterfall-fed, 104℉ soaking pools provide unforgettable moments all winter long.

The average high in April is 52℉ and the average low is 25℉.There are an average of six days with precipitation throughout the month. The total average snowfall in April is 9.4 inches per week.

April is the last chance for snowshoeing and cross-country skiing. The Taggart Lake trailhead is a great place to start. Teton Park road brings you right to the base of the Grand Teton National Park.

April is a transition time for Jackson Hole. Grand Targhee Resort and Jackson Hole Mountain Resort both have their closing days this month. Luckily, Yellowstone National Park opens its north and west entrances.

May: Elkfest and Old West Days

Grand Teton National Park’s Craig Thomas Discovery and Visitor center reopens in May. Park Rangers will be available to answer questions and provide information on the area. Yellowstone also opens their south entrance in May.

Memorial Day weekend is always a fun-packed time for visitors. Elkfest and Old West Days are filled with festivities celebrating the spirit of the West.

The average high in Jackson for June is 73℉ and the average low is 37℉. There are an average of six days with rain. The average rainfall for the month totals 1.5 inches.

Back in town, the Jackson Hole People’s Market is filled with locally-produced crafts and food. The market takes place between 4:00pm and 7:00pm at the Center for the Arts.

The average high in July is 82℉ and the average low is 41℉. There are an average of five days with rain for the month. The average rainfall in July is 1.26 inches.

The summer months are peak-season for Jackson Hole. Expect crowds to be large, especially in town. Entrances to the national parks may get backed up from the influx of visitors. Travel costs are reaching their highest for the year.

Yellowstone National Park is home to the famous Old Faithful geyser. Old Faithful was discovered in 1872 and has recorded over one million eruptions since. The popular attraction is very easily accessible and accommodating.

August is the perfect time for a wildlife safari. There are multiple tour companies in town that leave straight from Jackson Hole. You’re guaranteed to find some elk or bear while on your expedition.

The average high for Jackson Hole in September is 71℉ and the average low is 32℉. There are an average of five days of rain for the month. The average rainfall for the month totals 1.51 inches.

The wilderness surrounding Jackson Hole is connected by some of the country’s most popular hiking trails. Garnet Canyon Trail to Cleft Falls is the most popular but rated as a “hard” 7.7 mile hike. Moose Ponds Trail is a much easier 3 mile loop hike.

After a day of hiking, check out Wort Hotel’s Silver Dollar Showroom. The showroom hosts Bluegrass Tuesdays, bringing visitors and locals together for over fifteen years.

The average high for Jackson Hole in October is 57℉ and the average low is 24℉. There are an average of five days of rain throughout the month. The average rainfall for the month is 1.2 inches.

October is the middle of the off-season for Jackson Hole. Since crowds are smaller, prices for travel, lodging, and attractions are down about 50%. The fall is a great time to experience busier attractions like Old Faithful without the hassle of large crowds.

The average high in November is 40℉ and the average low is 17℉. The average rainfall is 1.6 inches and you can expect rain about six days out of the month.

Crowds and prices will remain low until late November. As the holidays approach, Ski resorts are gearing up and there are plenty of holiday festivities.

Near Thanksgiving, Jackson lights up with the Annual Town Square Lighting. Visitors can enjoy locally-made treats and hot cocoa while bundling up in Town Square.

The average high for the December is 28℉ and the average low is 7℉. The snow makes a comeback with an average of 12.6 inches per week. There are about 4 snow days each week.

December is filled with Holiday festivities in town. The Four Seasons Resort in Teton Village holds a giant Menorah lighting with songs and treats. On Christmas Eve, Stanta himself will be at Town Square from 5:00pm to 7:00pm.

Snow sports are back in session! All ski resorts are reopened for the season. Cross-country skis and snowshoes are available to rent to hit trails on your own or with a guide.

Spring and fall are the slow seasons for tourism in Jackson Hole, but there is still plenty to see and do. Mid-November and early-March are the times where crowds will be at their lowest.

Fortunately, only some restaurants close. Most of Jackson Hole remains open all year round. Mid-November may be a better time than March if you are aiming to avoid snow and road closures.

Wyoming is located in the Mountain West Subregion of the…

Have you been dreaming of the perfect waterfall? Then, it’s…

Over the years, the cities of Italy such as Rome,…

Sonoma Valley is an enchanting destination with rolling vineyards and…

It’s difficult to find an affordable small boat with a…