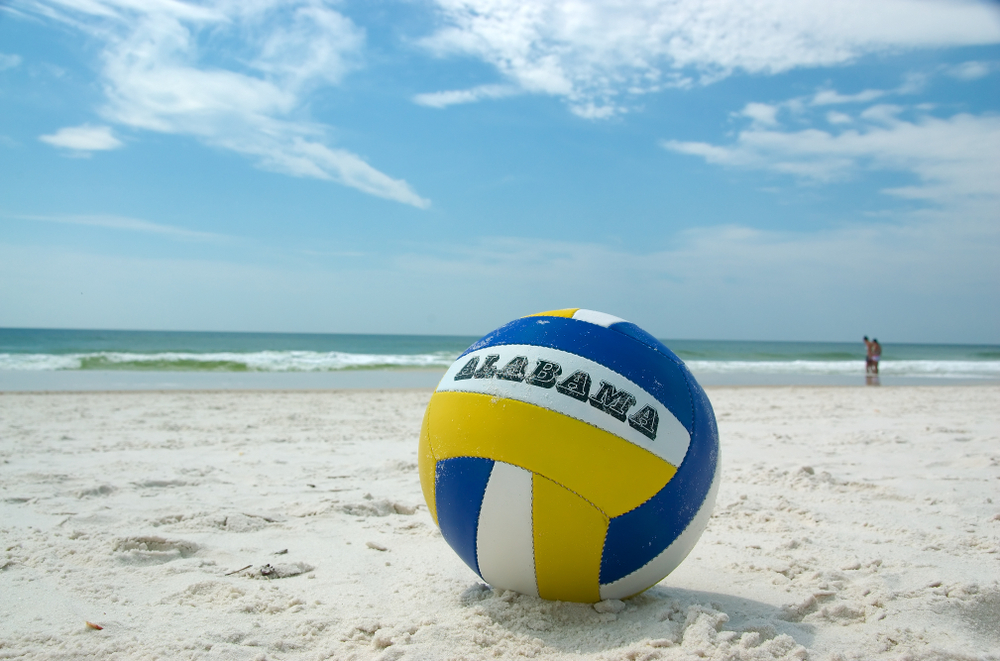 Gulf Shores, Alabama, is a popular beach destination with warm waters fueled by the Gulf of Mexico. Perfect for single adventurers or an entire family, there is plenty to do with miles of beach and popular festivals. Vacation plans will change drastically depending on the time you decide to travel to Gulf Shores.

The best time to visit Gulf Shores for good weather is the spring, between March and May, and in the fall, between September and November. The cheapest flights and hotels are in September, although rates are discounted between Memorial Day and the Fourth of July. For activities, spring has the most festivities and attractions for people of all ages to enjoy.

Although the spring and winter months may be too cold to go swimming, the nearby nature refuge can provide endless opportunities for adventure. Enjoy the miles of hiking trails with varying difficulty levels, perfect for the entire family. Traveling in the fall and winter months brings colder weather and thinner crowds.

When Should You Not Go To Gulf Shores, AL?

If you want to enjoy time at the beach, avoid going to Gulf Shores, AL, in the heart of summer. June, July, and August have some of the hottest temperatures and the most rain. Plus, holidays like Memorial Day and Fourth of July tend to attract countless visitors, so beaches, hotels, and restaurants are crowded.

However, if you want to enjoy time swimming, avoid going to Gulf Shores in the winter. Both the air and water temperature are too chilly to enjoy the water. The cooler weather begins in October, but it will be too cold between November and March to swim.

The cheapest time to travel to Gulf Shores is mid or late-September. During this time, airfare and hotel rooms will be their most affordable. An average flight to Gulf Shores is around $779 per flight, but travel in September brings flights to a low average of $490. Hotel rooms also drop from an average of $284 during the peak summer months to a low $68 during off-peak times.

For those who want to travel in the summer, rates may be lower during early June, following the Memorial Day surge. Target the time between Memorial Day and the Fourth of July for the best rates during peak summer travel. While prices will still be higher than during the autumn and winter, you may be able to catch a break from surge pricing over special holidays.

What Time of Year Is The Weather Best in Gulf Shores, AL

The weather in Gulf Shores, AL, shifts drastically between the seasons. The weather and available activities will be different in the summer months compared to the winter, providing a different tourist experience.

In February, temperatures start to creep back up, averaging 65 degrees for the high and 46 degrees for the low. Monthly precipitation averages 2.31 inches of rain. Although it may be too chilly to spend time at the beach, there are plenty of fun festivals and events to visit in the area. Orange Beach has a festival and car show perfectly suited for attendees of any age.

March can be a busy month at the beach with spring break students vacationing at the shore. High temperatures usually average 71 degrees, with the average low hovering around 52 degrees. While the water may still be too chilly to swim, there is plenty to do outside, with the nearby Bon Secour Wildlife Refuge providing miles of hiking opportunities.

Spring weather continues to bring warm temperatures to Gulf Shores, with the average high reaching 77 degrees F. April is also one of the least rainy months, so it is an excellent opportunity to hit the beach before the rainy season begins to ramp up. The water is still likely too cold to swim during April, but the air temperature is plenty warm to sit and enjoy some sun on the beach. The average low temperature in April rarely drops below 60 degrees, so evening activities are cool and pleasant.

Usually, by May, the water temperature is warm enough to start swimming. The average high temperature floats around 84 degrees during the day, while the evening temperature will be in the high 60s. Precipitation also increases with the coming warm weather, averaging about 1.38 inches of rain every year. The Hangout Music Festival is one of the most significant events in Gulf Shores and will draw a large crowd.

Related Read: 20 Free and Fun Things to Do in Dothan, AL

The official start of summer brings temperatures around 89 degrees during the day and 75 degrees at night. June is the start of the hurricane season, and precipitation almost doubles compared to May, averaging about 2.9 inches of rain in the month. Beaches start to get crowded in June as the weather warms up and children are out of school for the summer.

July is the rainiest month in Gulf Shores, averaging nearly 5 inches of rain for the entire month. Temperatures reach their peak, regularly averaging in the low 90s throughout the month. Nighttime low temperatures are typically around 75 degrees F. Expect busy beaches, high prices for hotel accommodations, and pricey airfare during this peak travel month.

Weather in August is similar to July, with daily high temperatures in the 90s and low temperatures in the mid-70s. Expect plenty of rain in August, with the average precipitation reaching 3.5 inches. Beaches are still crowded with people taking their summer vacations in this warm climate. The Mobile Big Game Fishing Invitational draws thousands of visitors every year.

One of the best months to visit Gulf Shores, AL, is September, with cooler temperatures and thinner crowds. The average high temperature during the day is 87 degrees F, with low temperatures in the low 70s. Because crowds are less dense, expect to find some reasonable hotel accommodations and airfare deals.

Although the water temperature is much cooler in October, the air temperature still reaches into the mid-70s or low 80s during the day. When the water becomes too cool to swim, the plentiful hiking trails in the immediate area provide lovely outdoor adventures. October is one of the driest months in Gulf Shores, often receiving less than an inch of rain.

Fall temperatures hover around the mid-70s, with evening temperatures dipping to the low 50s. It may be too cold to swim in November, but plenty of weekend activities and festivals keep tourists busy. Because of the seasonably cool weather, many fall festivals are added to the Gulf Shore calendar of events throughout the year.

With temperate highs in the mid-60s and even colder nights, December is the perfect time to spend outdoors. Too cold for the beach or swimming, tourists enjoy the local area’s several holiday-related festivals and art fairs. Enjoy the Christmas Lighted Boat Parade or pick up a holiday gift for a loved one at the Merry Market.

When Is The Best Time To Visit With Family?

Consider a vacation to Gulf Shores in September if traveling with family. This early autumn month brings both warm temperatures and minimal crowds. High temperatures during the day leave plenty of opportunities to go swimming, while night temperatures are cool enough to enjoy a stroll along the beach.

September also has fewer tourists, so traveling to Gulf Shores is usually more affordable. Families may be able to find discounts for airfare and hotel accommodations. Plus, plenty of events and festivities will keep families occupied if it is too chilly to swim at the beach.

When Is The Best Time To Avoid Crowds?

If you are trying to visit the beach without big crowds, consider planning a vacation to Gulf Shores during the off-season. Fall and winter, from September to March, are the best times to avoid crowds. Warm weather still makes for the perfect day at the beach, but swimming may be a bit cool.

If you insist on traveling to Gulf Shores during the summer, avoid the week of Hangout Fest, Memorial Day, and the 4th of July. These periods coincide with some of the heaviest crowds. Airfare and hotel accommodations will also be priced at their highest during peak travel times.

Birmingham may not be the first place that comes to…

20 Free and Fun Things to Do in Dothan, AL (Activities for All Ages)

Dothan, located in the southeastern corner of Alabama, is known…

Who doesn’t love the beach? Imagining yourself on the beach…

When visiting the great state of Alabama there’s plenty to…

Atlanta is home to many historical and tourist attractions. It…

Charleston has been voted as America’s number one small city…

Best Time to Visit Canada (Get the True Canadian Experience!)

Have you been wanting to plan a trip to Canada,…

Death Valley may not sound inviting, but roughly 1.3 million…

Guatemala has been named the Mayan capital of South America.…

The Great Smoky Mountains are a sight to behold, and…