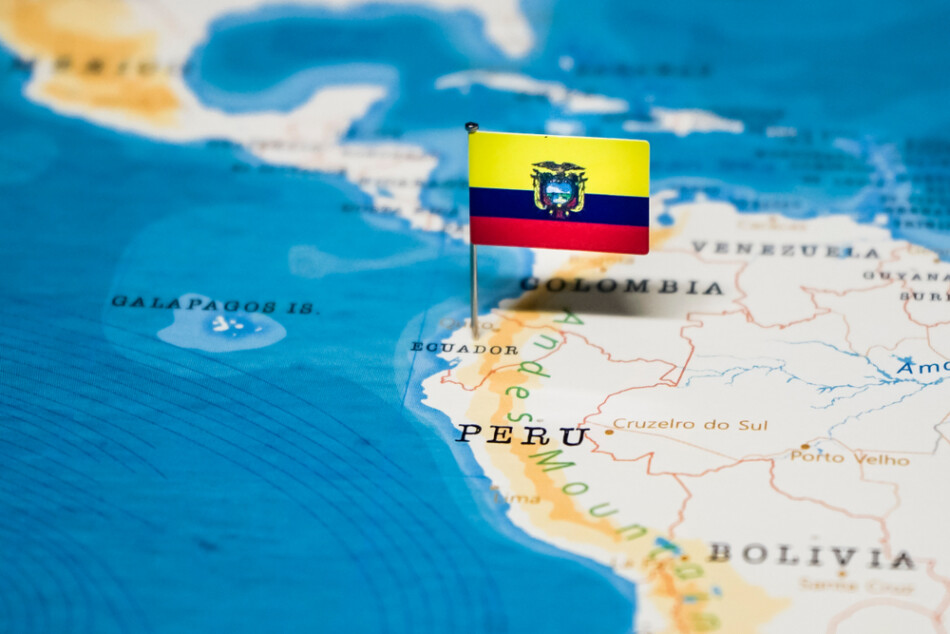 Ecuador is an enchanting country. From towering volcanoes to lush rainforests and white-sand islands, the natural landscapes make Ecuador an exotic travel destination. In addition, its rich cultural history contains colonial cities and ruins that contain the first traces of human existence. Ecuador’s weather tends to be unpredictable, so you can’t choose travel dates based on that alone. So, when is the best time to visit?

The best time to visit Ecuador is between January and May when it is the least crowded and not too hot. These months have an average of 78 degrees F, which makes it ideal for beach days and hiking tours through the vivid landscapes. The cost of flights is the cheapest from January to March during the “off peak” season.

Despite its small size, Ecuador has more diversity than any of its neighboring countries. Ecuador features something for everyone, whether you are an outdoor adventurer or historical enthusiast.

What is the Worst Time to Visit Ecuador?

Ecuador’s highlands are popular for hiking, but it is not recommended from December to March. The days can be warm and sunny, but the nights are frigid. However, Ecuador’s volcanos make their own weather, so there is no known best or worst time to visit them.

Lastly, the peak season is from June to September. Ecuador is not just more crowded during these months, but prices are higher too. If you’re on a budget, the lowest prices and best discounts are offered from February to April.

What is the Cheapest Time to Visit Ecuador?

Ecuador is a great country to visit, even if you’re on a budget. It is known for being inexpensive in the backpacking community. Ecuador is about the size of Nevada, which means you can see a lot in a short time.

The cheapest dates to travel include January 15th to April 29th and early to mid-September. Certain holidays and festival weeks are the most expensive traveling times. These weeks include February 12th, March 12th, April 2nd and 9th.

Traveling during off-season and on weekdays can save you up to 80% on flights to Ecuador.

What Time of Year Has the Best Weather in Ecuador?

The best time of the year to visit Ecuador depends on what part of the country you are traveling to. Ecuador is located right on the equator and is divided into four regions – the Costa, the Oriente, the Sierra, and the Galapagos Islands.

Since it is right on the equator, Ecuador has a pleasant climate year-round. The Costa is the westward area of the country and has coastal lowlands. This region has a tropical climate and is usually warm. But the rainy season, which is December to May, can be very humid.

The Oriente is the country’s eastern region and is also known as the Amazon region. The weather here is consistently humid and rainy. Average temperatures are around 80 degrees F. The weather is drier between December and March, and also in August.

The Sierra is the highlands, also known as the Andean region. It has a cooler climate than any other region, with average temperatures around 60 degrees F. Quito, Ecuador’s capital, is located in this region, and it’s the busiest during the summer months of June and July because of the moderate temperatures.

And lastly, there is the beautiful and wonderous Galapagos Islands. The islands are warm and dry year-round, with an average temperature of 80 degrees F. It is surrounded by the Pacific Ocean, which keeps the temperatures from getting too hot. The islands don’t get much rain either, so travelers never have to worry about being stuck indoors.

Ecuadorians begin the new year with the 6-day long festival Diablada de Pillaro in the province of Tungurahua. From January 1st to the 6th, there are music and dance celebrations, performances, and processions by people in costumes and masks.

The most popular costume is the diablo (the devil) which features a mask made of paper mache, animal horns, and fangs. Performers in the notable precession parade are so energized, and people of all ages gather to enjoy the country’s traditions.

Latin America celebrates the transition from winter to spring with carnival celebrations. Ecuador’s Mardi Gras is often overlooked as Rio de Janeiro gets much attention. But carnival in Ecuador is an incredible experience that is affordable and accessible to travelers compared to Brazil.

Beginning in February, carnival is a festive season that celebrates abundance before the period of Lent begins for Roman Catholics. Parades of music and dance, and food festivals fill the country’s plazas.

March: Get the Most out of a Trip to the Amazon Rainforest this Month

A trip to the Amazon rainforest in Ecuador will captivate all travelers, whether you are a fearless adventurer or a more luxurious, laid-back tourist.

The wettest season in the rainforest is from March to June, which makes the rivers more easily navigated. Boat tours during this time promise wildlife sights.

June is the wettest month and brings the most mosquitos, but March is ideal since it is the start of the rainy season. And since the rain hasn’t flooded the jungle floors. Yet, it’s also an excellent time to explore on foot. You can see various birds because the weather won’t be too hot either.

There is no wrong time to visit the Amazon rainforest. It depends on your preferences and what you want to do and see. No matter what, you will be awe-stricken with the sights as Ecuador’s rainforest is the only portion located on the equator.

April: The Best Time to Visit the Cuyabeno Reserve

The Cuyabeno Wildlife Reserve is full of dense forests and all of the relaxing sounds of nature. The reserve is unlike any other park as it lies in the foothills of the Ecuadorian Andes. Touring the reserve by boat will allow you to see swinging monkeys, pink dolphins swimming, and toucans flying overhead.

This treasured ecosystem features so many different kinds of activities. You can swim in Laguna Grande, take night walks deep into the jungle, and even participate in water sports and fishing. Laguna Grande has 14 lagoons. And it’s the perfect place to escape the heat and disconnect from the outside world.

The reserve is also home to the Siona community. An indigenous group of hundreds of people who live their lives mostly disconnected from modern ways. You can learn about their culture and traditions and even participate in some of their ceremonies and cooking lessons.

May: Experience Ecuador’s History During the Battle of Pichincha Holiday

Every year on May 24th, Ecuadorians celebrate their independence with military parades. There is a ceremony and day-long events at Quito’s Cima de la Libertad, the summit of liberty.

There is also a museum of history you can visit on the slopes of Pichincha, where the battle took place.

June: Visit the Highlands to Celebrate the Major Festivities of Corpus Christi

Every June, Ecuador celebrates the Catholic festival of Corpus Christi in its highlands. The primary festivities take place in Pujili over the course of 2 days. The celebration in Pujili is organized months in advance and features a display of pyrotechnics, music performances, dancing, and the tradition of drinking “canelazos” around the “chamizas.”

The 2nd day of the event begins with a mass followed by a parade all throughout the city. You have to keep an eye out for the danzante. He is the representative icon of the entire festival and wears a magnificent, multi-colored costume of lace. It’s truly a sight to see.

July: Inti Raymi – The Most Important Indigenous Festival in Ecuador

Inti Raymi is known as the summer solstice and is the festival celebrating the Inca Sun god. Tourists are welcome to join indigenous communities in the colorful celebrations. It’s the perfect opportunity to learn about Ecuador’s Indian culture, meet the locals, and enjoy their traditions and food.

This is the most important indigenous festival Ecuador celebrates. Seeing the locals’ rituals and traditional dress and having their local food and moonshine is an experience you don’t want to miss.

August: Immerse Yourself in Creativity during the Month of the Arts

August is considered the month of culture and arts. During this month, there are special exhibitions at many museums. There are also historical themed programs in the city of Quito.

You can learn all about Ecuador’s rich heritage if you visit this month. The events aim to recognize the country’s early settlers, their Christian faith, and the rituals that are sacred to different indigenous villages.

September: Be all Ears at The Yamor Festival (The Corn Festival)

September in Otavalo begins with its people celebrating Yamor festivities. Yamor is a traditional beverage brewed in this area using several different varieties of corn.

One-of-a-kind festivities include a 4 km race in the icy San Pablo Lake, cart racing, mock bull fighting, fireworks displays, and the crowning of the Queen’s festival. Joining in these spirited activities will be a memorable experience for any travel goer.

October is the best month for outdoor activity in the Highlands. You can spend time in Quito, climbing to the peaks of many volcanos. You can also head south to Latacunga to hike the Quillota Loop. There are also memorable trails to walk on in Cotopaxi National Park.

The best coastal city to visit is Guayaquil. It’s a vibrant, interesting place that has nice waterfront properties, several museums, and an exciting nightlife. Guayaquil also celebrates their Independence Day this month from the 9th to the 12th so there’s no shortage of things to do.

One of the biggest parties Ecuador has to offer is the celebration of the founding of Quito. There is flamenco dancing, operas, and theater performances. There’s mock bullfighting at the Plaza de Toros and parades with marching bands.

Different neighborhoods have their own block parties and people can take rides around the city on the party buses with live bands. Plaza Foch is also popular to visit at this time with its hotels, restaurants, bars, and shops.

December: Reflect on the Year’s End and the Next One’s Beginning during Ano Viejo

In many parts of Latin America, the end of year is marked by burning rag dolls to “banish” the hardships of the current year.

You can see many human-size dolls that Ecuadorians construct themselves. For locals, the process of building their doll is just as important as burning it.

What is the Best Time to Avoid Crowds?

Ecuador always has a good number of travelers staying there, but the months of June and July are the most crowded. Ecuador is not crowded between December and mid-April. The end of April sees more visitors and it continues to ramp up during summer.

There is no bad time to visit Ecuador. Every month and each region offers spectacular sights and experiences all year round.

20 BEST Restaurants in Colombia (So Many Fresh And Exciting Flavors!)

The country of Colombia is a bountiful place overflowing with…

So you need a 3 week itinerary for Peru? Backpacking…

Can You Bring Nips on a Plane? (TSA Rules & Regulations)

When you’re headed on vacation, it’s common to want to…

Can You Bring Crystals on a Plane? (How To Get Through Security)

Whether you are new to spirituality or a longtime observer…

8 Memorable Things to do in Mauritius? & Budget Calculator $

Mauritius is a tropical wonderland of dazzling beaches, crystal waters…

Can You Bring A Hair Straightener On A Plane? (Rules Per Airline!))

When packing for a trip, it’s obvious that some items…

As one of the longest-running and most politically stable countries…