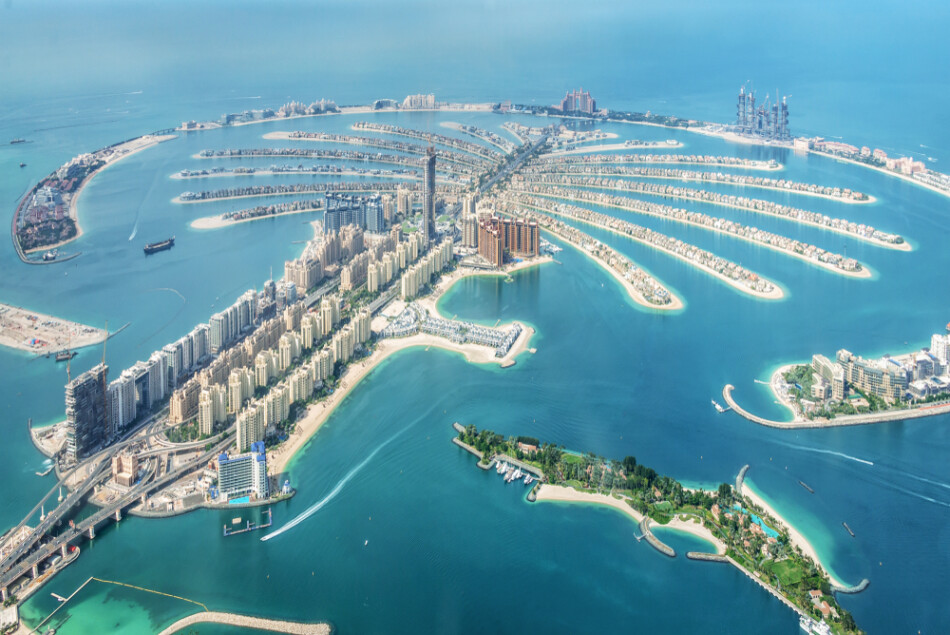 The United Arab Emirates (UAE) is a vibrant nation brimming with year-round cultural experiences. The premier city of the UAE is Dubai, a lavish cultural hub located on the coast of the Persian Gulf.

The city is known for shopping, dining, and numerous festivals highlighting the nation and Arabic unity. Although often considered an expensive destination, there are ways to beat the crowds and save your bank account.

The best time to visit Dubai is between September and April.  The average temperature at this time is around 90 degrees Fahrenheit. Between May and August is best for lower prices and low-volume crowds. However, this is the hottest time at around 103 degrees Fahrenheit and is not advised for people sensitive to extreme amounts of heat.

There is always something going on in this cultural hub of the Middle East, from annual designer deals to national celebrations.

What is the Worst Time to Visit Dubai?

There is something to do at all times in Dubai. However, the summer draws in far fewer tourists for a reason. It can get insanely hot during the day.

The worst time to visit Dubai is in the summer months from June-August purely because of the high temperatures that the city can experience. This is the time when people are prone to heat stroke.

However, if you don’t mind hanging out in an air-conditioned hotel room the whole time, then maybe summertime would be great for you.

What is the Cheapest Time to Visit Dubai?

Once again, the heat plays a part in deciding this answer. The cheapest time to visit Dubai is also in the summer months of June-August. If you can bear the desert heat, you may save a bit on room and travel rates.

One of the largest draws of Dubai is its fantastic shopping options. From designer brands to low-cost technology, they are a hub for sales. Every January, the city hosts the Dubai Shopping Festival.

The Festival entails more than deals on consumer goods. For seven weeks, from December through January, shoppers can experience a range of family-fun activities. Some of the biggest to look forward to including firework and drone displays, competitions, and raffles among the entire city.

This star-studded Festival welcomes shoppers across the globe into the Middle East’s consumer capital.

Dubai is a city famed for architecture, culture, and technology, but did you know that they are a big name in the music industry? Each February, Dubai hosts one of the largest Jazz Festivals in the world.

The Festival has welcomed big-ticket names like Mariah Carey and John Legend in past years. The Festival is hosted in the architecturally mesmerizing Dubai Media City Amphitheater. The Amphitheater is a large outdoor venue that welcomes international music lovers.

The Festival has reached international esteem and won prestigious music scene awards. Most recently, it was named the Best Festival in Dubai by Time Out Dubai’s Music.

Dubai is world-renowned for its complex culinary culture. Taste of Dubai is a three-day festival that welcomes global food aficionados, celebrity chefs, and locally famous cooks.

The Festival treats attendees to cooking classes, world-class meal options, and tasting menus to sample global cuisine in the heart of Dubai. Beyond cuisine, the Festival also provides fine beverages and a variety of international performers.

Since the Festival’s inauguration in 2004, the city has welcomed tens of thousands of food lovers. This was to experience significant global culinary treats in the heart of the cultural mecca Dubai.

Global Village is a year-round attraction in Dubai. There is no better time to visit this cultural destination than in the Spring months, like April. Global Village showcases world cultures ranging from the Americas to Africa.

Beyond the long-time exhibits, Global Village showcases a range of pop-ups and rotating shows. You can check their monthly event lineups and look forward to new experiences with each visit to Dubai.

Global Village is an incredibly family-friendly destination if you want to introduce children to world cultures in a laid-back setting.

May: The Arabian Travel Market

The Arabian Travel Market is known as a leading innovator in travel and tourism. The Market is a four-day event taking place in May. It welcomes all visitors but is mainly marketed towards businesses.

The conference welcomes all to learn more about the world of hospitality, tourism, and all things travel in business. Its goal is to broaden conference-goers’ horizons and introduce new technology into tourism. It aims to be a vision of what travel may become in the next five years.

Another aim of the conference is to envision recovery. The tourism market was hurt during the pandemic, yet it is emerging stronger than ever. The Market focuses on finding methods to ease it along in this recovery.

Dubai is located in a desert climate. This means that the summer can be scorching by day and cooler at night. Dubai Garden Glow is open year-round.

However, it may be of particular interest in the summer. People want to stay indoors during the day and venture out at night during this season.

Dubai Garden Glow is a gorgeous spectacle in the city, illuminating a large outdoor park at night. The destination features moving water features, unique light shows, and mesmerizing floats. Beat the heat by day and check out the garden when the sun goes down.

As one way to encourage tourism in the summer low-season, Dubai hosts the Summer Surprise. The Summer Surprise offers consumers unbeatable sales in the city’s indoor, air-conditioned shopping malls.

Beyond sales of designer goods and emerging technology, the Summer Surprise also offers raffles and other prizes to consumers. If shopping isn’t enough, they also have a lineup of events ranging from fireworks to performers.

Unplugged at Cove Beach is an evening festivity to beat the daytime heat. It occurs every Monday from 8 pm until close and welcomes various performers.

During the day, enjoy Cove Beach for their lounge and restaurant. At night go for the live music. Although an outdoor club, Cove Beach welcomes people of all ages. Grab some food and drinks and enjoy the live music each week.

Saudi National Day celebrates the anniversary of Saudi Arabian independence. Each year, you can expect a host of festive events. One of the most prominent spectacles is the Burj Khalifa or the world’s tallest building.

On Saudi National day, it is illuminated in shades of green and white. Green and white are the colors of the Kingdom of Saudi Arabia.

Beyond independence, Saudi National Day celebrates friendship between Saudi Arabia and other nations on the Arabian Peninsula (like the United Arab Emirates). Billboards across Dubai beam encouraging messages of prosperity and kinship for their neighbors in Saudi Arabia.

GITEX is one of the largest tech consumer trade fairs in the world. The convention lasts for an entire week and features global technology for purchase.

It is a great place for innovative minds to check out what’s new in the world of technology and get their hands on some of the latest innovations.

One of the most notable years was when Microsoft introduced Windows 7 in 2009 at the convention. This spectacle drew a crowd of over 150,000 individuals. International tech brands are always featured at the Convention and often showcase their newest creations.

The Dubai International Film Festival is the largest in the Arab Peninsula. It showcases international cinema and invites thousands of tourists to the city each year. This allows them to view newcomers in the movie world.

Every year on the 2nd of December, Dubai hosts the National Day celebration. The day celebrates the unification of seven states into the United Arab Emirates.

On the day, you can expect elaborate firework spectacles and parades across the city. It is reminiscent of other countries’ national celebrations of liberty and prosperity. The UAE unified on this day in 1971.

The National Day Celebration features people and businesses across the UAE showing off the flag’s colors. Other spectacles include acrobatic performances and moving speeches about unity and national friendship.

What is the Best Time to Visit Dubai With Family?

Although Dubai is often known as an elite destination, children are encouraged to come along to the city. There are plenty of kid-friendly activities ranging from the Global Village to Garden Glow.

The best time for families to visit the city is during the spring. The weather is best then, and kids may bear the heat better. If traveling with children, consider visiting sometime from March to May.

What is the Best Time to Avoid Crowds in Dubai?

The best time to avoid crowds in Dubai is during the summer, when the intense heat can keep people away. The least traveled months are August and September, with July as a close third-place winner.

Each of these months are extremely hot during the day. However, this may be idyllic if you don’t mind spending time indoors and venturing out into the night. It is an excellent time of year to avoid droves of tourists.

Jordan is a beautiful play that pulls hundreds of thousands…

Israel is an important cultural destination. It also has a…

Cairo is the beautiful capital of Egypt and due to…

New England is full of country charm and history. Home…

It’s difficult to find an affordable small boat with a…

Vermont is known for its natural beauty, mountains, and forests.…

Big Sur is a 90-mile stretch of coastline between San…

With the constant noise of everyday life keeping us busy,…