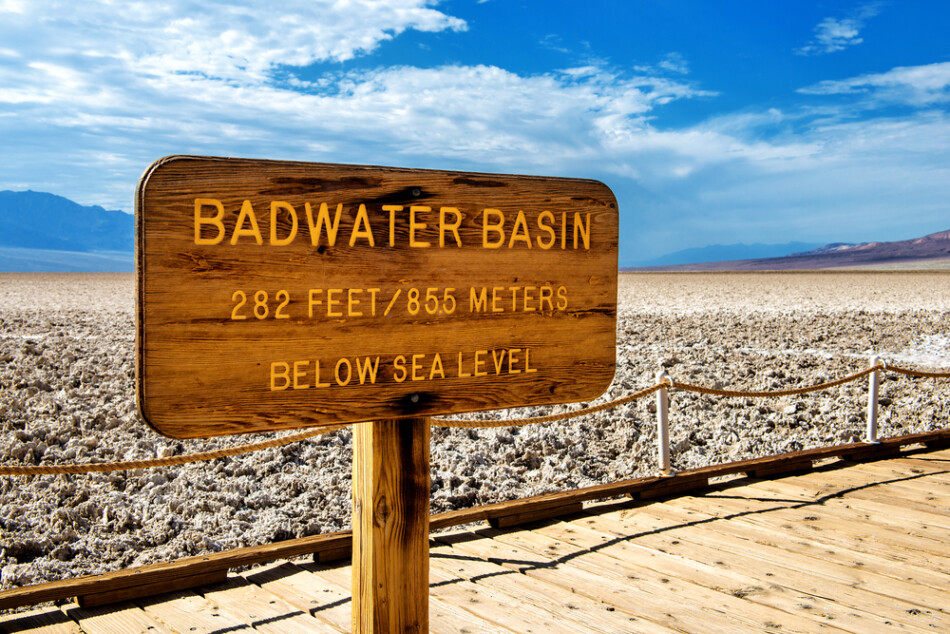 Death Valley may not sound inviting, but roughly 1.3 million people visit this landmark per year. The views and hiking trails in Death Valley are like nothing else in the United States. So, what is the best time to visit Death Valley?

Mid to late summer is the worst time to visit Death Valley Because of the extreme heat. You won’t be able to spend too much time outdoors during the day because it is so unpleasant. It can get as hot as 116 degrees between July and August in Death Valley.

Park closures are common during the peak of summer because of the dangerous hiking conditions. Heat strokes and dehydration are both major health risks during the summer in Death Valley. The extreme heat isn’t enough to keep tourists away from Death Valley as nearly 228,000 people visit each summer.

You can save the most money if you visit Death Valley in the spring and early summer. Hotel room rates and airline tickets are the most affordable during this time. However, you don’t want to wait too long as mid-summer rates are quite expensive in Death Valley.

You can also find affordable hotel rates during the spring and early summer in Death Valley. Budget hotels offer rates as low as $30 per night. Higher-end hotels in Death Valley charge $80 per night or more which is reasonable compared to a mid-summer or December rate.

What is the Best Month to Visit Death Valley?

January: Best Time to Visit in the Winter

January is the second coolest month of the year in Death Valley behind December. Temperatures fluctuate between 40 and 67 degrees throughout January in Death Valley. It is also one of the few months of the year with rain in death valley, albeit for a single day.

Badwater is the most notable in Death Valley throughout January, and it’s worth checking out. Otherwise, it is simply a good time to enjoy a hike without extreme heat.

You can expect temperatures between 46 and 74 degrees when you visit Death Valley in February. It’s rare for Badwater Lake to contain water, but February is when it is most likely to. Check it out for a sight you don’t typically get to see in Death Valley.

Vision Quest is a unique group campout that lets you immerse yourself in the landscape. March is also the best time to visit Darwin Falls before it gets too hot. Temperatures fluctuate between 54 and 82 degrees during March in Death Valley.

Sights such as the Eureka Dunes look breathtaking during April in Death Valley. The famous Wildrose campsite is a popular destination during April because of the perfect temperatures. Make sure to pack warm clothes for the evening if you camp in Death Valley throughout April.

May: Best Time to Visit for Wildflowers

Death Valley looks the most beautiful during May. Countless hikers and tourists descend upon Death Valley with the prospect of seeing wildflowers. May is the best time to see colorful wildflowers because of the rain between January and April.

The heat returns during May with high temperatures of 100 degrees. Luckily, it gets down to 72 degrees at night in Death Valley throughout May.

June: Best Time to Visit in the Summer

Check out the Ubehebe Crater at sunrise in Death Valley during June. Artist’s Palette is one of the most breathtaking sights in Death Valley, and June is the best time to check it out.

Temperatures fluctuate between 82 and 111 degrees throughout June in Death Valley which can be quite uncomfortable.

Exercise caution if you visit Death Valley in July because of how hot it gets. Daytime highs average 116 degrees during July in Death Valley, but it can get hotter than that. It rarely gets cooler than 88 degrees at night throughout the month, and the hiking conditions are quite dangerous.

Landmarks such as Keane Wonder Mine are worth checking out as long as you stay hydrated.

Hike up to Telescope Peak for some breathtaking views of Death Valley. September is also a great time to check out Furnace Creek as long as it isn’t too hot outside. It is still extremely hot during September in Death Valley, but it luckily gets down to 76 degrees at night.

However, it can still get as hot as 107 degrees on hot days in mid to late September in Death Valley.

You won’t find any special events during October, but you will find comfortable weather. It’s the perfect time for a hike or campout without excessive heat. Temperatures fluctuate between 61 and 93 degrees during October in Death Valley.

The Death Valley 49ers Encampment is arguably the most fun event of the year. This event celebrates art, music, and the local history unlike anything else. UBERFEST: Death Valley is the only other notable event throughout the month, especially if you like to camp.

December is the coolest month of the year with average lows of 39 degrees at night. Daytime highs average 65 degrees during December in Death Valley.

It’s the perfect weather for a dune hike without having to worry about the extreme heat that comes in the spring and summer.

Families with small children need to be careful about when they visit Death Valley. This applies to the time of day just as much as the month that you plan your trip. For example, it’s common for it to be in the low 70s and 80s earlier in the day during March and April.

This provides you the chance to safely explore Death Valley even if you have smaller children. Your family will also get to admire wildflowers in the spring when they look the most vibrant.

Not only can you avoid crowds in the winter, but you will also be safer. You won’t have to worry about the dangerous daytime highs that can make Death Valley unpleasant. Winter is a chance to enjoy temperatures in the mid-60s and hike without fear of danger.

Death Valley is dog-friendly as long as you keep them in areas that are developed. You are allowed to bring your dogs, but you must prepare for the heat. Dogs are even more susceptible to the extreme heat in Death Valley than humans are.

Bring a leash and more than enough water for your dog to avoid health risks. Campgrounds in the area sometimes restrict dogs to stay strictly within the campsite area. Otherwise, your dogs are allowed to visit mostly unrestricted in the main area of the national park.

How Many Trails are There in Death Valley?

There are 91 trails to explore in Death Valley. The area is massive and covers 5,270 square miles of desert land and beautiful trails. Some hikes are much harder than others, so it’s important to do your research before you head out.

For example, the Badwater Salt Flat and Harmony Borax Works hikes are great for beginners. However, you wouldn’t want to embark on the Wildrose Peak hike in Death Valley if you aren’t experienced.

Stick to trails that are under 5 miles, such as the Willow Canyon Hike unless you hike regularly. Bring plenty of water and snacks no matter which trail you choose.

Best known for its breezy weather and scenic coastlines, Northern…

Punta Cana is arguably the most iconic destination in the…

Bhutan has become one of the world’s most anticipated tourist…

People are drawn to Big Bend National Park because of…

Niagara Falls is the perfect destination for any group with…

Gulf Shores, Alabama, is a popular beach destination with warm…