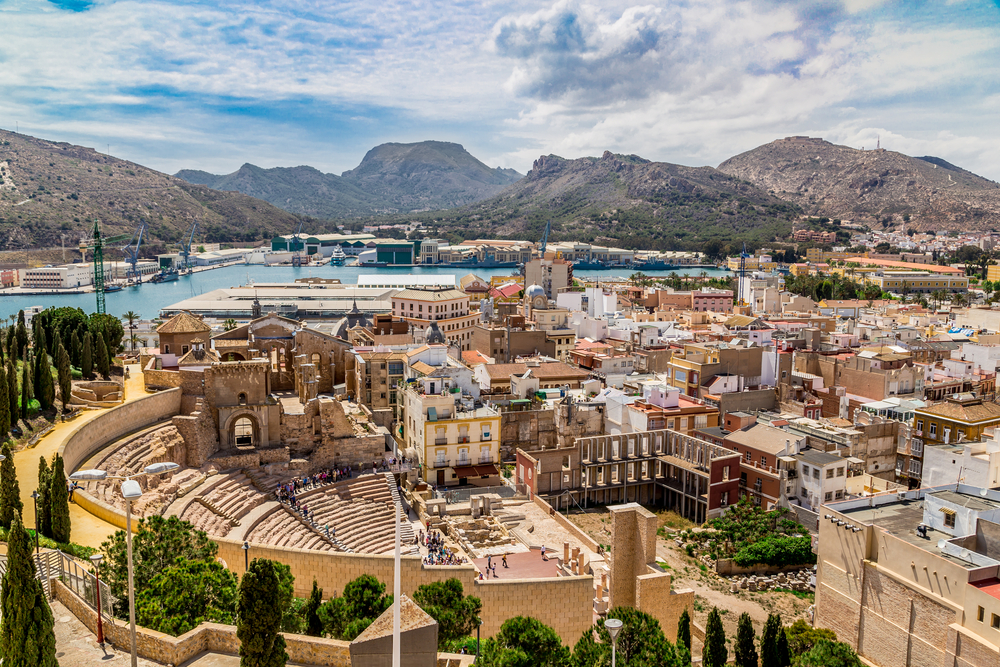 Cartagena is Columbia’s fifth largest city and a hub of economic activity in the area. With a population of over one million people, Cartagena is a major Columbian port on the Caribbean Coast. This strategic location makes Cartagena a popular tourist destination for beach activities, shopping, and tourism.

December to April is the best time to visit Cartegena as the daytime temperatures average in the mid-80s F (26.6 C) most of the time, ensuring a pleasant visit. This is also the dry season. However, September is best for those on a budget. You can save up to 40% on flights during the wet season.

Cartagena is a beautiful place to visit, but it’s important to know the best times to come here depending on what you’re looking for in a vacation.

When Not to Visit Cartagena

If at all possible, avoid booking your trip to Cartagena during the rainy season in this coastal city. October is the height of hurricane season and as much as nine inches of rain may fall.

May, June, and July are all wet times with rain occurring almost every day. The humidity will climb and with the constant temperature averaging in the 86 F (27 C) range, it can be uncomfortable.

What is the Cheapest Month to go to Cartagena?

Overall, the cheapest month to visit Cartagena is in September. Flights from the US are the cheapest during September. September is still wet and humid, and it is hurricane season in the Caribbean. Many hotels and resorts offer deep discounts from late August to Mid-December.

Cartagena in January is mild and welcoming for visitors. The temperatures average 87 degrees F (30.5 C) during January. The low temperatures rarely fall below 73 degrees F (22.7 C).

January is the middle of the dry season. While it does rain, you won’t be plagued by heavy rain every day of your trip.

February in Cartagena is usually mild and pleasant. Temperatures tend to range from an average high of 87 degrees F (30.5 C) to lows averaging 75 degrees F (24 C).

It is still the dry season in Cartagena in February so no reason to worry about getting rained out.

Things begin to warm up a bit in Cartagena in March. The average high temperature will often reach 88 degrees F (31 C) while the lows will average near 77 degrees F (25 C) most of the time.

The dry season continues, and sunshine is the order of the day.

April offers much the same beautiful weather as February and March. You can count on temperatures that rarely go above 89 degrees F (31.6 C) and comfortably cool evenings with an average of 78 degrees F (25.5 C).

April is one of the best months to plan a Cartagena beach vacation.

May can be a wet month in Cartagena. The average rainfall during May often exceeds 4 inches for the month.

This marks the beginning of the wet season so plan accordingly. Temperatures can range from an average high of 89 degrees F (31.6 C) to lows averaging 79 degrees F (26 C).

You will find June in Cartagena much like May and Aug. The temperatures can get hot with highs approaching 89 degrees F (31.6 C) and lows near 79 degrees F (26 C).

You can almost count on rain at least a few times during your visit in June. The average rainfall is about 23 inches during June.

The weather in Cartagena during July will remain wet, hot, and humid. Plan your packing accordingly. Temperatures routinely reach above 89 degrees F (31.6 C) and rarely fall below 78 degrees F (25.5 C). Expect rain showers on a regular basis. The average rainfall during July is 3.9 inches.

The weather continues along the same lines in August. Expect temperatures during the day to reach or exceed 89 degrees F (31.6 C) and evenings to remain warm as well with lows barely reaching 78 degrees F (25.5 C). Rain showers may fall every day of your visit but rarely last all day.

October is probably the month that most tourists avoid in Cartagena. The rainy season is in full swing, and you can expect rain almost every day.

More than 7 inches of rain usually falls in October. Temperatures remain mile with the highs reaching 88 degrees F (31.1 C) and the lows near 78 degrees F (25.5 C).

November is another wet month in Cartagena. Expect up to 5.3 inches of rain in November. However, the average temperatures remain almost constant with high temperatures near 89 degrees F (31.6 C) and lows that approach 78 degrees F (25.5 C).

The rainy season is beginning to wane during December. Temperatures remain moderate with highs near 88 degrees F (31.6 C) and lows at night dipping to 76 degrees F (24.4 C). The rain will still fall but not every day and not in torrents.

What is the Hottest Month in Cartagena?

Does Cartagena Have a Rainy Season?

Tropical climate with rainy and dry seasons is present in Cartagena. May through June is the rainy season, while October through November is another rainy time. The climate is often warm all year long. It is very dry from January through March.

What is Low Season in Cartagena?

The off-season in Cartagena lasts from August through November. According to locals, these months are virtually traveler-free in the city.

If you want to avoid crowds, now is the ideal time to visit Cartagena. Although occasionally, bad weather causes festivals and sites to close.