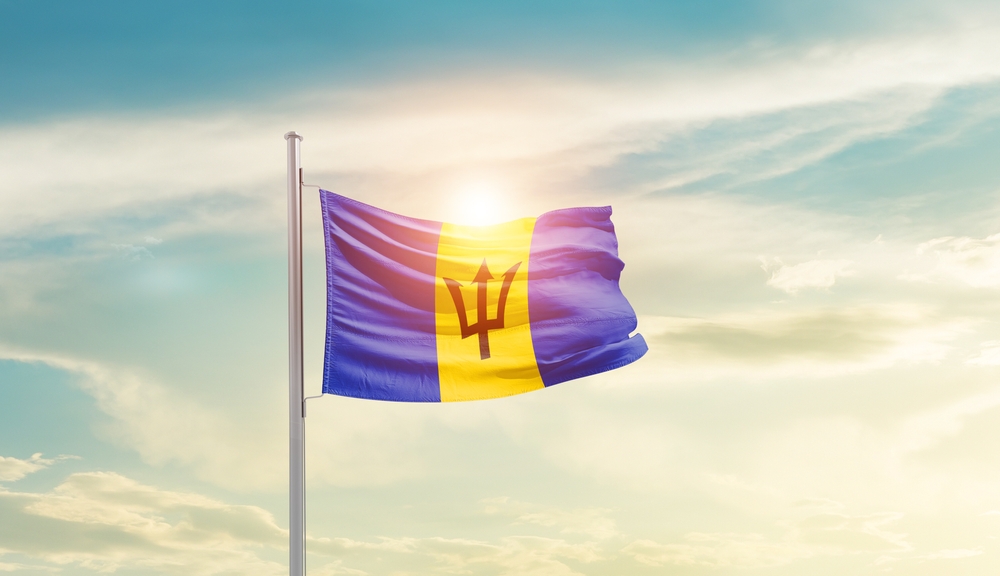 Barbados is a popular tourist destination for North Americans and Europeans. It is easy to see the attraction between the white sand beaches, year-round idyllic weather, and booming nightlife. Planning a trip to Barbados can be challenging, especially when choosing the right travel time. While there is never a wrong time to visit Barbados, certain months offer different benefits than others.

Travel to Barbados is best in the dry season between December and April. The dry season has little rain, perfect temperatures, and plenty of open attractions. To save money and avoid crowds, consider traveling to Barbados during the rainy season, between July and November, when hotels and flights are cheapest.

Choosing the right time to travel depends on what you are trying to achieve. Decide between saving money on your trip while avoiding crowds or maximizing beach time with picture-perfect weather. Luckily, the average temperature year-round in Barbados is in the mid-80s. While possible, hurricanes are relatively rare, even during peak hurricane season.

When Should You Not go to Barbados?

There isn’t a wrong time to visit Barbados, which experiences year-round good weather. There are pros and cons to visiting Barbados in the dry versus rainy season. Staying in the dry season will give travelers the best weather, with an average temperature of 85 degrees daily. Many festivals and events are in the dry season. However, the dry season means that beaches will be jam-packed, and prices for flights, food, hotels, and activities will also be much higher.

Traveling in the rainy season is an excellent option for those looking to save money. However, the rainy season is prone to frequent rain showers and possible hurricanes. Because there are fewer tourists, travelers may expect to find some shops or restaurants closed from July to November.

For those looking to avoid crowds and save money, absolutely avoid holidays. School holidays, like Christmas and Spring Break, are not only busy but expensive. Many hotels and restaurants will book up as much as a year in advance. Expect high prices, busy beaches, and a flood of university students during these high-demand periods.

Cheapest Month to go to Barbados

Usually, cheap rates for hotels and airfare coincide with the low season. Broadly speaking, the low season lasts from June to November. Traveling during the low season will also find the best deals on attractions and restaurants. In addition to lower rates, most travelers will find the atmosphere in Barbados more relaxed due to fewer crowds.

July and January traditionally offer some of the best rates for airfare to Barbados. On average, a flight in either July or January will cost nearly half of what a flight costs during peak travel months. July coincides with the rainy season, when tourists are few and far between, while January starts the dry season. May is the most expensive month to fly to Barbados.

What Time of the Year is the Best Weather in Barbados?

Luckily, the temperature in Barbados remains relatively consistent throughout the year, averaging about 85 degrees. The only real weather change throughout the year is the amount of precipitation. Like other islands in the Caribbean, Barbados is subject to a rainy season and a dry season.

January features lovely weather, averaging 84 degrees for the high and 73 degrees for the low temperature at night. It is no wonder that January usually kicks off the start of the busy season for tourism. Averaging just 2.75 inches of precipitation for the month, January is the start of the popular dry season. There is plenty to do in Barbados in the winter. Aside from enjoying some of the lowest rates for airfare, January sees almost 9 hours a day of unlimited sunshine and zero threat of a hurricane.

March is the last month to travel to Barbados for those looking to maximize the warm weather with minimal humidity. During this month, temperatures increase to 87 degrees, and the humidity rises with more precipitation. Spring break for university students also coincides with this month, making for high prices and busy beaches.

Traveling to Barbados in April may be an excellent compromise for travelers. April is a bit of a shoulder month, marking the end of the busy dry season and the very beginning of the rainy season. People should expect a bit more rain in April, but there is still plenty of sunshine. Expect temperatures to hover around 85 degrees throughout much of the day. For those looking to avoid crowds, remember that some universities celebrate spring break in early April. There are also several fun festivals to visit this month to maximize fun on your vacation.

May weather in Barbados is a bit warmer, with average highs around 87 degrees. There is also a bit more rain this month as the island shifts to its rainy season. Although the weather may be a little damper in Barbados, there is still plenty to see. Snorkelers and scuba divers will be delighted with the arrival of the annual sea turtles that frequent the crystal blue waters surrounding the island.

With the official start of the rainy season, June is a great time to travel for those looking to score a deal. Often, hotels will be a little cheaper due to the potential for rainy days. June also has the strongest wind of any month, making beach days challenging. But, the famous Crop Over Festival starts in June, marking the beginning of a three-month celebration. Expect daytime temperatures to stay in the mid-to-high 80s throughout this month. Although hurricane season technically begins in June, they are rare for Barbados this early in the season.

July weather in Barbados is similar to June, except with more rain. The temperature will stay around 87 degrees, so the humidity will also increase. Still, July can be a fun time to visit the island to celebrate the Crop Over Festival. Travelers should be wary of inclement weather during July. Although hurricanes are rare, they can develop as early as July.

Between the high humidity and intense heat, August can be difficult for travelers. Strenuous physical activities, like hiking, may be too much during this month. Always be sure to stay hydrated during August in Barbados. Even though the rainfall is significant, travelers can still expect about 9 hours of sunshine every day. The Grand Kadooment and end of Crop Over Festival feature lively parades with brightly colored costumes.

September is at the height of hurricane season, and travelers will see plenty of rain. On average, sunbathers will get seven hours of sunshine every day. While it may be wetter than other months, showers are usually short-lived. The high temperature quickly dries the island, so visitors can still enjoy a day at the beach. If you traveled to Barbados to see the sea turtles, September is the last month to see these fantastic creatures.

Compared to any other month, October is the rainiest in Barbados. If you are traveling to the island during October, plan plenty of indoor activities to escape the frequent showers. The St. Nicholas Abbey rum distillery and the Harrison’s Cave rock formations are popular indoor attractions.

Barbados has fabulous weather year-round, so you can’t go wrong any time you choose to visit. November is warm and pleasant and marks a shoulder month as the island reintegrates into the dry season. November experiences less rainfall than October and September and sees about 8 hours of sunshine every day.

While the beginning of December may be a great time to avoid crowds, be prepared for heavy holiday travel. Christmas visits to Barbados are extremely popular, and often, hotels are sold out a year in advance. December sees temperatures in the mid-80s with much less humidity. The summer and dry seasons begin in December, so this is a popular travel month for visitors. Expect prices to be much higher in December, especially around the holidays.

Year-round, ideal temperatures and relative protection from intense storms mean Barbados is great to visit any time of the year. If you want to make the most of your vacation, though, maximizing beach time, try to visit Barbados during the dry season. Travel between December and April is ideal for the best combination of hot temperatures, maximum sunshine, and little rain showers.

Be aware, though, that the dry season is also the most popular for travel to Barbados. Travel surrounding holidays like Christmas, Valentine’s Day, or Spring Break may be costly and restrictive. Hotels, restaurants, and tours sell out up to a year in advance over these dates. To maximize savings and sunshine, consider traveling to Barbados in April with your family. April marks a shoulder month between the dry season and rainy season. You’ll still get plenty of sunshine without fighting through crowds and paying escalated prices.

For those trying to avoid a busy island, try to travel during off-peak times. To get away from the crowds, avoid Barbados during the summer. Many people from Europe and North America travel to Barbados during the summer holiday. Christmas and Valentine’s Day are also extremely popular travel periods, and hotels are usually fully booked a year out.

It follows that Barbados is especially crowded during the summer and holidays.

It is also a good idea to avoid “Spring Break” time if you want to avoid crowds. Because of the tropical location, beautiful sand beaches, and booming nightlife, Barbados is a popular destination for vacationing students. Spring break usually occurs in March and April. If you have to travel during a traditionally busy period, consider visiting beaches off the beaten path. Barbados has several beach options, like Long Bay Beach, that remain quiet, even during the peak travel season.

When Is Hurricane Season in Barbados?

Barbados is in the Caribbean, so hurricane season runs from early June to the end of October. However, because of Barbados’ location, June is usually too early to see hurricanes develop. The locals like to use the phrase, “June is too soon; by October, they’re all over!” to describe the local hurricane pattern.

Most hurricanes that could potentially hit Barbados tend to form between August and October. Usually, June and July are free from storms because the water starts to cool. The water will warm again in August, making storms more likely.

Although in the area where hurricanes can strike, Barbados rarely sees these terrible storms. Barbados sees far fewer hurricanes than other islands in the southern Caribbean. The last hurricane to pass through Barbados was Hurricane Ernesto on August 3, 2012. Passing about 30 miles north of the island, this storm had minimal impact on the island.