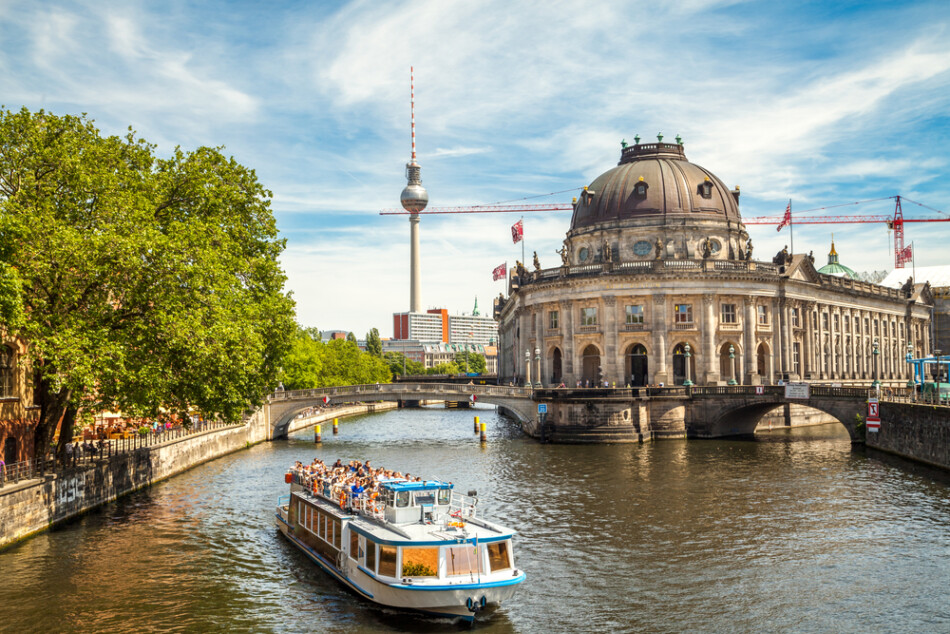 Berlin is a city of history. It’s a city where you can feel the ghosts of the past on every street corner, and it’s a city that has embraced its past and made it part of its present.

It’s also a city that has always been at the forefront of innovation and progress—from its role as a center for art and culture, to its status as a haven for artists, writers, and musicians during World War II.

There are many ways to learn about the history of Berlin—and the best way might just be to explore it yourself. All you need are the right travel documents for Germany, and you can start packing.

The Berlin Wall Memorial (Gedenkstätte Berliner Mauer) was built in 1998 to commemorate those who died as a result of the Berlin Wall.

The memorial is located in Bernauer Strasse, and it features the Berlin Wall Documentation Center, a Chapel of Reconciliation, a 60-metre (200 ft) section of the Berlin Wall, a window of remembrance, and a visitor center.

This memorial is one of the most visited monuments in all of Germany and has become a symbol of freedom for many people across the world.

Checkpoint Charlie was a border control point between East and West Berlin during the Cold War. It was in the middle of the Friedrichstrasse, and it was one of several checkpoints that were set up around Berlin to prevent people from going into or out of the city without permission.

This checkpoint was a symbol of the separation that divided Germany for decades, and it was one of the most famous border control points in history.

Checkpoint Charlie became famous thanks to many spy movies and novels, including James Bond. The checkpoint also inspired artists like John Baldessari, who made a series of paintings about it called “Checkpoint”.

East Side Gallery is one of the most famous landmarks in Berlin and is considered by many people to be one of the city’s most important places. It is a very popular tourist attraction and attracts thousands of people every year.

East Side Gallery is a 1.3 kilometer-long section of the Berlin Wall that has been preserved since its destruction in 1989. It contains over 100 different murals painted by artists from all over the world and represents many styles and themes.

It was created in 1990 by artists from all over Europe, including France and Italy, who painted murals on the western side of the wall that separated East and West Berlin.

The Brandenburg Gate is perhaps the most famous landmark in Berlin. The gate was built in 1791 as an entrance to the city and commissioned by the Prussian King Frederick William II.

You’ll find the Brandenburg Gate in the western part of the city. It stands as an entry point to Unter den Linden—a stunning boulevard of linden trees.

The monument is famous for its striking appearance, with its Romanesque design and ornate carvings. The gate has been the backdrop to many historical events, and it is universally seen as a symbol of Germany’s complicated history, as well as a sign of unity and peace.

The Reichstag is the home of the German Parliament and the seat of the Bundestag, Germany’s national legislative body. The building is an iconic landmark in Berlin and a national symbol of unity.

The building has undergone many structural changes after being heavily damaged during World War II, where it then became disused. It wasn’t until 1990, after German reunification, when the Reichstag was fulled restored.

The Reichstag building is considered to be one of the most important buildings in Berlin because it symbolizes German democracy and freedom.

The Holocaust Memorial in Berlin is an outdoor monument to commemorate the millions of people who lost their lives under the Nazi regime.

The memorial consists of 2,711 concrete slabs of varying heights and lengths that are grouped within a grid-like pattern. The slabs are organized so that their shadows align at certain times during the year on the ground below them.

The space is an opportunity for reflection, remembrance, and warning. A trip to Berlin cannot be complete without paying respects at this iconic memorial.

The Berliner Dom, also known as, the Evangelical Supreme Parish and Collegiate Church, is a symbolic cathedral in Berlin. It’s the largest Protestant church in Germany, as well as one of the most significant dynastic tombs in Europe.

The cathedral was built between 1894 and 1905, though its history dates all the way back to 1451 where former buildings stood as part of the Berlin City Palace. The court church was then transformed in the early 19th century, by Prussian architect Karl Friedrich Schinkel.

The interior is breathtaking, with high ceilings and stained-glass windows that light up the entire space. If you’re lucky, you might even get to see some of the world’s best choirs perform here.

Deutsches Historisches Museum has a wide variety of historical collections. For instance, It includes military stuff like armor, uniforms, weapons, and other things related to the history of the military. Besides that, some historical stuff of other fields are also available and that consist of fashion, painting, art, craft, medicine, religion, etc.

The best thing about this museum is an on-site cinema, café, and library. Yes, there is a cinema where you can enjoy your favorite movies or shows. Furthermore, a library is open to the public. So, you can go and do your research or study whatever you want. Last but not least, a lovely café makes it more beautiful. Of course, if you stay for a bit longer, you will need to get some refreshments. So the café is here to remove your appetite.

Berlin’s Television Tower is located in the former east Berlin district. It was constructed to mark the prowess of communism. It is known as the name of Berliner Fernsehturm. The construction of the Berliner frensehturm was started in 1965 and ended in 1969. Technically, it took four tears to completer this masterpiece.

This tower is the tallest building in Germany. It is 368 meters long, and the antenna is 118 meters high. Here is also an observation deck where people can visit and enjoy the view. So, on a clear day, you can climb the tower up to 205 meters and view the city. Only 400 people can sit in the sphere at a time as it can not bear the excessive weight. Also, it took thirty minutes for the globe to rotate fully.

Millions of visitors come in a year to visit this attractive place. Moreover, people can get coffee and snacks in the sphere. The kitchens are built downstairs to avoid emergencies. It got fast elevators that travel 205 meters in 40 seconds, with alternative elevators just in case.

Does it Snow in Mexico? (Snowfall Accumulations & Average Temperatures!)

Mexico is only about one-fifth the size of the United…

Is Curacao a Hidden Jewel of the Caribbean?

Curacao is a wonderful but often understating island in the…

Costa Rica is a destination known across the globe for…

10 Brilliant Beach Cities to Live in before you die!

Cities have the hustle, bustle, bright lights and excitement. Whereas…

Do You Need A Passport To Go To Catalina Island? (Find Out Now!)

Nothing in the world can beat a relaxing vacation on…