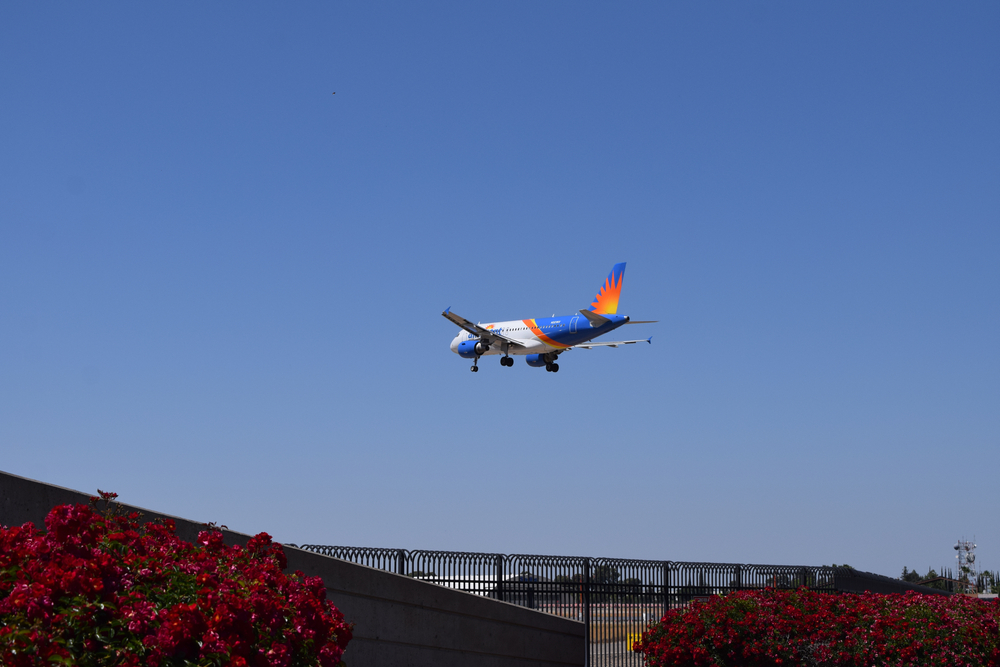 Yosemite National Park is among the most notable destinations in California and the United States as a whole. Home to over 280 trails, Yosemite is worth visiting if you want to experience breathtaking sights and a unique landscape. So, what is the best airport for Yosemite?

Ideally, you need between 2 and 5 days at Yosemite National Park to see as many trails as you can. Some ambitious travelers fly into Mammoth Yosemite Airport, visit the park, and drive to Sequoia National Park in eastern California. Follow along as we explore the best airport for Yosemite and why it matters.

What Airport Do You Fly Into To Get To Yosemite National Park?

There are several hotels and inns in and around Mammoth Lakes which is a convenience when you visit Yosemite. Mammoth Lakes even offers public transportation to Yosemite along Highway 120 if you don’t want to rent a car.

The Mammoth Yosemite Airport is fairly small, and it is owned by Mammoth Lakes. It isn’t a major airport when you compare it to LAX or San Francisco International Airport, but Mammoth offers many affordable flights.

It is located 190 miles away from Yosemite which means that you will need to rent a car to get there. The drive takes roughly 4-4 ½ hours to reach Yosemite National Park from the San Francisco International Airport.

There are several other airports in the general San Francisco Bay area that you can fly into to reach Yosemite. For example, the Norman Y. Mineta San Jose International Airport is also a 4 hour’s drive from Yosemite National Park.

There are only 63 miles between the airport and Yosemite which makes Fresno one of the best cities near the landmark. Luckily, you can save money on car rentals and take a cheap shuttle from Fresno Yosemite International Airport to Yosemite National Park.

The shuttle takes you directly to the park’s visitor center which you use as a springboard to explore the area. Otherwise, you can check with your hotel in Fresno to see if they offer shuttles to Yosemite if you don’t want to rent a car on your trip.

You can easily drive to Yosemite from the airport in Fresno if you decide to rent a car. Simply take Southern Yosemite Highway 41 for most of the way and you will get there in less than 2 hours.

What is the Closest Major City to Yosemite National Park?

Many travelers visit Mariposa on their way to Yosemite National Park because there is plenty to see. Mariposa retains a small-town vibe with a limited population, but it’s still bigger and more notable than Yosemite West or El Portal.

Towns like El Portal are even closer at only 29 minutes away, but it’s much smaller than Mariposa and there isn’t much to do. Mariposa is a notable city because of its history and wealth of gold and gems. The drive from Mariposa to Yosemite National Park is gorgeous and just as memorable as the park itself.

What is the Best Month to Visit Yosemite?

Visit Yosemite anytime between June and September to experience the best weather possible. Otherwise, you will have to worry about inclement weather with uncomfortable temperatures and heavy rain.

The only downside to visiting Yosemite National Park during July and August is that it gets quite crowded because of the idyllic weather. That is less of an issue in June, especially if you visit Yosemite at the beginning of the month.

May is a great time to go to Yosemite as well, but you will have to deal with potential park closures. Specific trails and even the whole park can be closed down if there is heavy rain to reduce risks for guests.

How Many Days Do You Need in Yosemite?

You need at least 2 days in Yosemite if you want to see the best sights and hike many trails. There are 282 trails in Yosemite National Park which can be difficult for the average traveler to complete in a short visit.

Ideally, you should plan for 2-5 days in the greater Yosemite area to cover as much ground as possible and get your money’s worth. Yosemite National Park is home to 750 miles of trails which would be hard to cover in many trips.

That is why it’s worth the time and money to plan for a few days at the park. The area offers several other attractions that will make your time worth it, such as scenic wine tours.

Check out the Madera Wine Trail and Yosemite Sierra Wine Road during your trip to get the most out of the area. Don’t forget to check out Tioga Pass and Glacier Point if you spend 2 or more days in and around Yosemite.

How Far Apart Are Sequoia and Yosemite?

Sequoia and Yosemite are 280 miles apart and it is hard to visit both in a single day. You can visit both parks in one day, however, but the long drive will limit your time to explore each of them.

It takes an average of 6 hours to drive to Yosemite from Sequoia, so you’d need to start your journey early. Sequoia National Park is located in eastern California and is essentially at the opposite end of Yosemite.

You can find Sequoia National Park in Visalia which is a staple of the gorgeous Sierra Nevada. Both parks offer a unique view of the beautiful landscape that California is known for across the world. Yosemite is more notable than Sequoia on a global scale, but both parks are worth visiting.

The drive between Sequoia and Yosemite is full of fun destinations that are just as exciting as each park. Check out the Winchester Mystery House and Fresno Chaffee Zoo on your way to Yosemite from Sequoia.

Do You Need A Rental Car in Yosemite?

You don’t need a rental car in Yosemite, but it is useful to travel around the area. There are several restaurants, attractions, bars, and hotels in the greater Yosemite area that are worth visiting.

Driving throughout the Yosemite Valley is just as impressive as hiking the trails in the park. You can still enjoy the beauty of the region without a rental car, but it’s useful to have a steady method of transportation.

It’s worthwhile to rent a car in Yosemite if you plan to spend multiple days in the area. That way, you can enjoy the area and experience nearby towns such as Wawona and Mariposa during your vacation.

Many travelers rent a car strictly so that they can visit Monterey and Carmel after exploring Yosemite. Driving along Highway 120 is just as gorgeous as hiking one of many trails in Yosemite National Park.  With that said, you can travel around Yosemite with the help of the expansive and useful public transportation system in the area.

How Do I Get to Yosemite Without A Car?

You can get to Yosemite without a car if you take the Amtrak or a shuttle from your airport. The Fresno Yosemite International Airport offers shuttles that will take you as close to the park as possible. You will be dropped off at the park’s visitor center where you can easily access the trails and see beautiful sights.

Amtrak offers train rides that take you within a short Uber or Lyft ride of Yosemite National Park. Look into the Yosemite Area Regional Transportation System (YARTS) to get a ride to the park if you don’t have a car. You can even get a better deal on your YARTS pass if you visit the area via a Greyhound bus or Amtrak.

California is one of the top tourist destinations in the…

Best known for its breezy weather and scenic coastlines, Northern…

TSA is short for the Transportation Security Administration, the US…

Can You Bring AirPods on a Plane? (AirPods & AirPods Pro)

From your cell phone to Bluetooth speakers, even your AirPods,…

Can You Bring Pepper Spray on a Plane? (Regulations By Airline!)

When traveling anywhere, you always want to be safe, especially…

How to Lookup Your Known Traveler Number (Pre-Check & Global Entry)

Traveling in the post-Covid-19 era has become a lot trickier.…

Can You Bring Deodorant on a Plane? (TSA Rules & Regulations!)

Going on a vacation can be so exciting, but packing…